It’s Unbelievable What Modern Animals Were Alive Alongside The Dinosaurs

Countless children (and adults) are obsessed with dinosaurs. The movie Jurassic Park brought this obsession to new heights because it made really want to see live dinosaurs. Even if you’re not obsessed, one has to wonder what the world was like when dinosaurs were alive.

Well, I’ve got some good news for you: there are creatures that are alive today that existed alongside dinosaurs. So, basically, we’re living with prehistoric creatures that were BFF with dinosaurs. 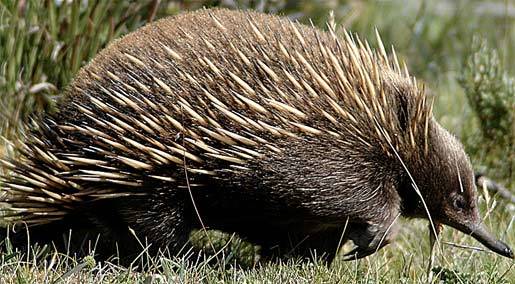 These spiky anteaters were known to dwell on Earth way back in the Cenozoic Era. This is the time period where mammals were starting to become more popular as a species on the planet. 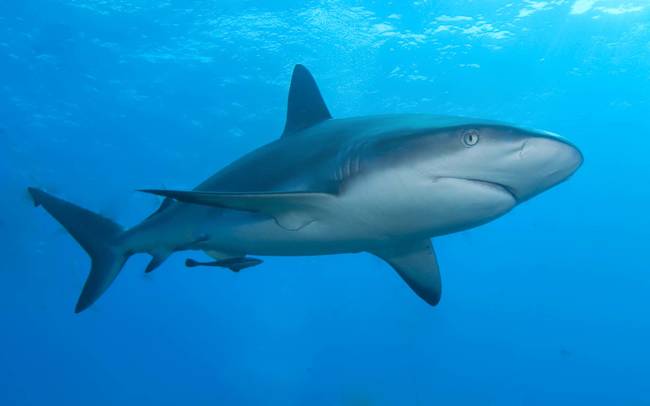 The oceanic predator that haunts your dreams was around when dinosaurs lived. I think that makes sharks even scarier. They outlived some of the most insane predators to ever roam the planet.

This predator is found in all oceans except for polar regions. A very voracious creature, it feeds on smaller fish and squid, and has known to feed on members of its own species at times. The lancetfish has a very obvious “prehistoric” appearance, with those fierce-looking sharp teeth on its jaws and the sail on its back, reminiscent of some dinosaurs. 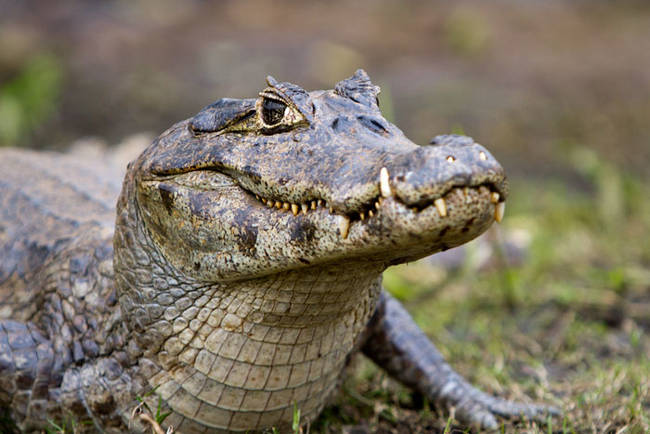 As one of the 23 species of crocodilians alive today, caimans were fairly common back in the day of the dinosaur. While their species are much smaller now than they used to be, they keep on existing. 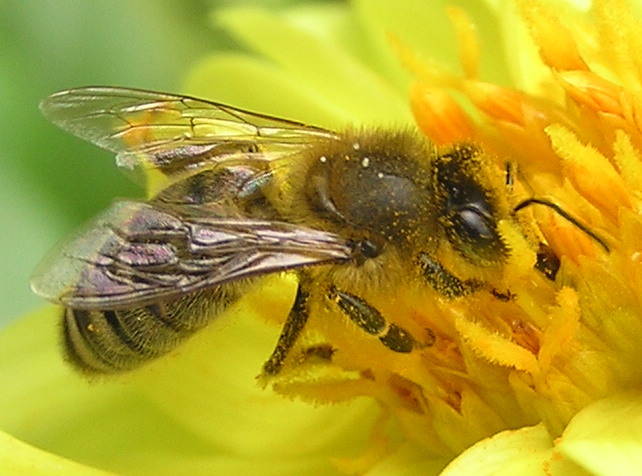 The pest you’re afraid of today was alive and stinging back in the day of the dinos. Eusocial bees were harvesting honey and probably stinging dinosaurs back in the Mesozoic Era. 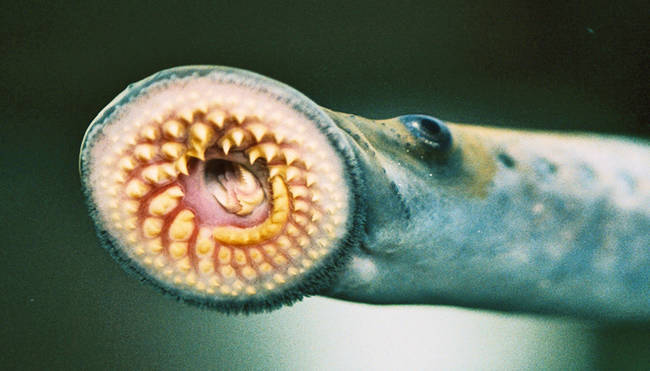 Today’s hagfish and lampreys bear a resemblance to the now-extinct ostracoderms, which were jawless fish. I could see this thing terrifying me back in the day of the dinosaurs, though.

The last living member of the sphenodontian family, the tuatara is still alive and well. They make their home in New Zealand.

While they look a bit different from the crabs we see today, many shellfish come from predecessors that survived the K-T event that extinguished most dinosaur life on Earth. The clams, snails, lobsters, crabs, and shrimp making their way to the mouths of oceanic carnivores and the plates of hungry humans come from a time of dinosaurs. 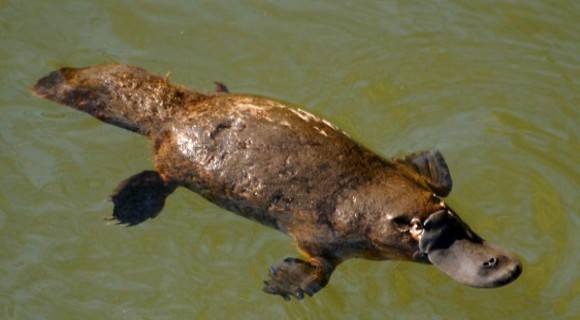 Who would’ve thought these guys were around with the dinosaurs? These little guys existed around the same time as echidnas, when mammals were becoming fairly common in existence. 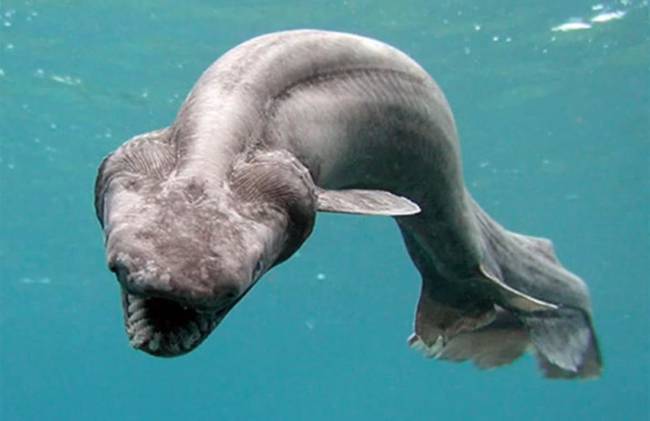 This deep sea predator is one of the most primitive sharks alive today. It is a relic from the Cretaceous period, when dinosaurs ruled the Earth. Seldom seen alive, and only recently filmed for the first time, they live in deep waters, where they feed mostly on squid. They are believed to not be a threat to humans, but I think I’ll avoid them anyway. 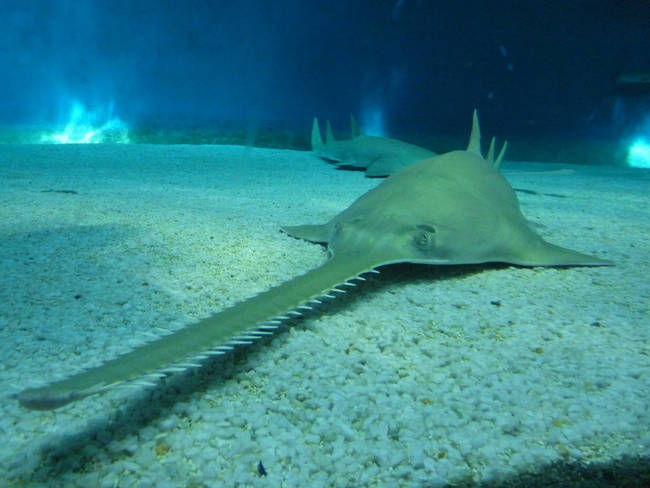 This critically endangered animal is a survivor from the Cretaceous period, and can be found both in saltwater or in rivers and creeks. Sawfish may look like sharks, but are actually more closely related to rays. Although usually peaceful, the sawfish can become extremely dangerous if provoked. Due to an extraordinary fossil, we know that gigantic, prehistoric sawfish were probably a staple food for the largest carnivorous dinosaurs.

It’s hard to believe, but sea stars were actually fairly common back before the K-T event. In fact, Echinoderms, including sea stars, urchins, and sea cucumbers were all kicking it with sea dwelling dinosaurs.

I mean, just look at that thing. It looks like a dinosaur already. Crocodilian species have been on earth for an estimated 240 million years. They also don’t look like they are going anywhere any time soon.

I don’t know about you, but I’m pretty stoked that we didn’t live when the dinosaurs were around. Sure, it’s interesting, but you know what else is interesting? Continuing to live and not getting eaten by a T-Rex.