Treasure hunts turn up all kinds of cool stuff, whether you’re using a metal detector on land or searching a riverbed for lost trinkets.

YouTuber DALLMYD and his buddies were hoping to find something exceptional when they recently went scuba diving in a river in Columbus, Georgia, but I don’t think they were ever expecting to come across what they found.

DALLMYD had already found a variety of interesting objects at the bottom of the river. 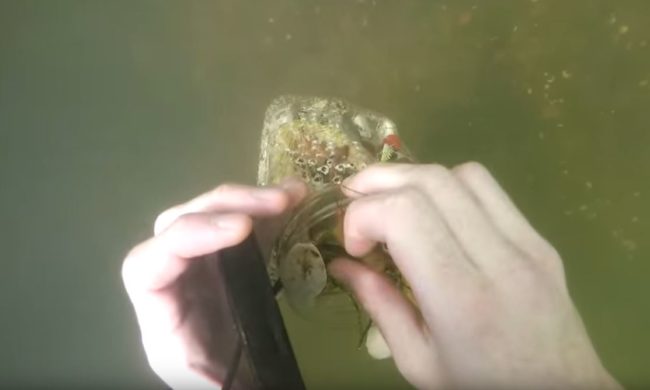 After finding this pretty charm, something bigger caught his eye. 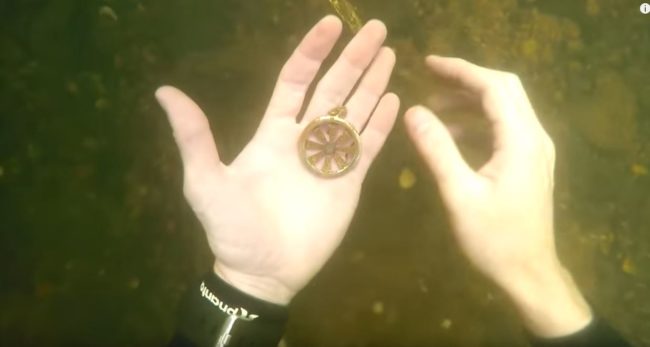 It turned out to be a black box that was definitely holding something inside. 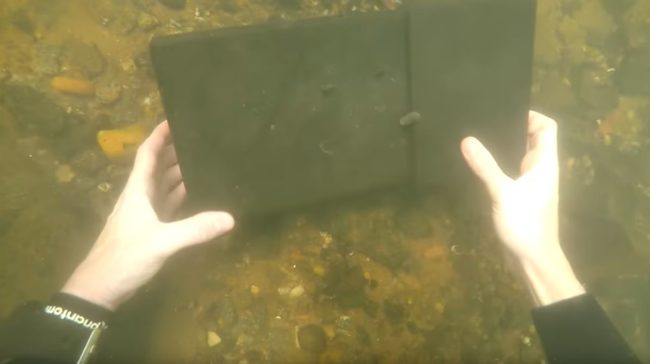 When he turned it over, he saw the top of a bag sticking out. Continue to the next page for one seriously jarring (and kind of hilarious) reveal. 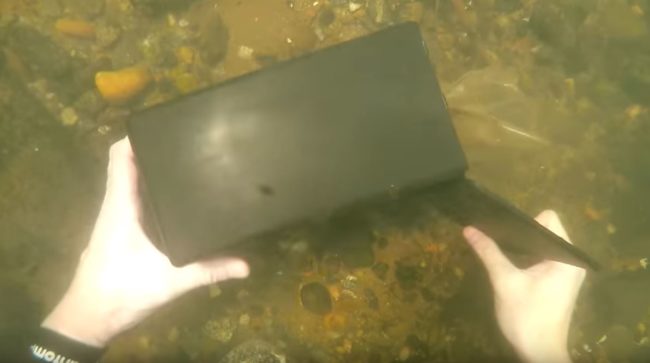 Human remains? Certainly not what he expected to see!

While this wasn’t nearly as scary as coming across severed limbs or an intact dead body, it’s pretty unsettling to know that we could be swimming in human ashes. Share this video if you jumped when he started screaming!