These Adorable Buddies Are Making Everyone Freak Out Over Their Cuteness

Dogs and ducks may seem like pretty unlikely friends, but nobody can deny that these cuties are the perfect pair.

When Max the husky was five years old, he was adopted by Patrick and Kirsten Riley, who live in Strout, Minnesota. He became fast friends with their other husky, Sasha, but unfortunately, she’s since passed away. Max wasn’t lonely for long, though, thanks to a duck named Quackers.

When the Rileys adopted Quackers and introduced him to Max, they say the two immediately hit it off. “Max would sit next to his pen all the time, and they just kind of bonded that way,” Patrick said. “After we let him out, they never left each other’s side.” 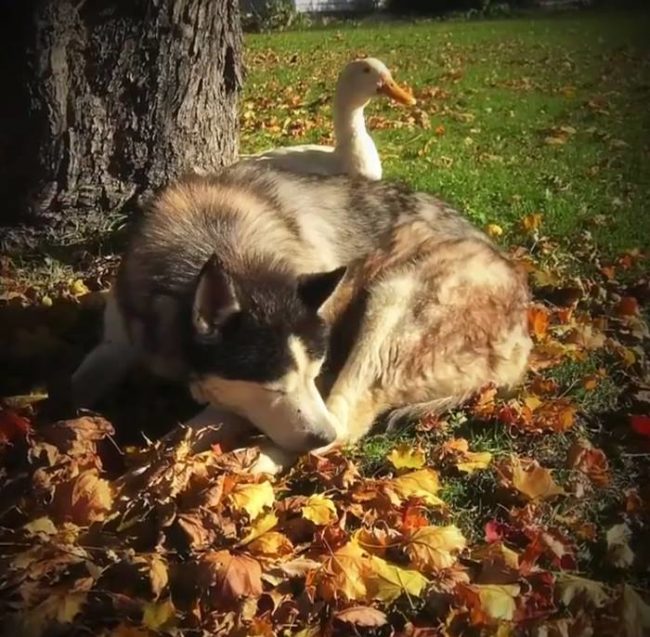 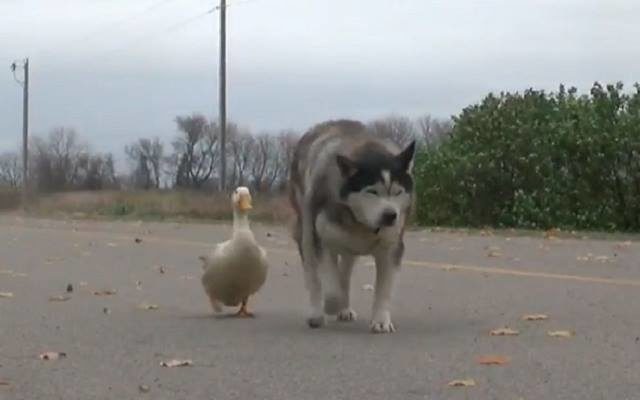 The adorable friends have also charmed their way into the hearts of everyone who lives in Strout. Many driving through their favorite hangout spot, Highway 28, even stop their cars to admire them and take pictures.

Max and Quackers’ friendship is so adorable that they’ve even caught the attention of multiple news outlets. Learn more about the two below.

I’m just going to say what everyone else is thinking — aww! Here’s hoping these best friends share a long and happy life together.