It can be infuriating to come home after work and see the floor you’ve just swept covered in dog hair. Fortunately, regular grooming sessions can help, and it can be surprising just how much fur is weighing your dog down, especially after the winter months. It’s basically like there’s a whole other dog there!

Some people choose to do some innovative things with their dogs’ fur, like spinning it into yarn, but one dog owner had a pretty hilarious idea about what to do after his pup’s grooming session.

Sumi the Shiba Inu has a LOT of fur, but she was a good dog throughout the entire grooming process. 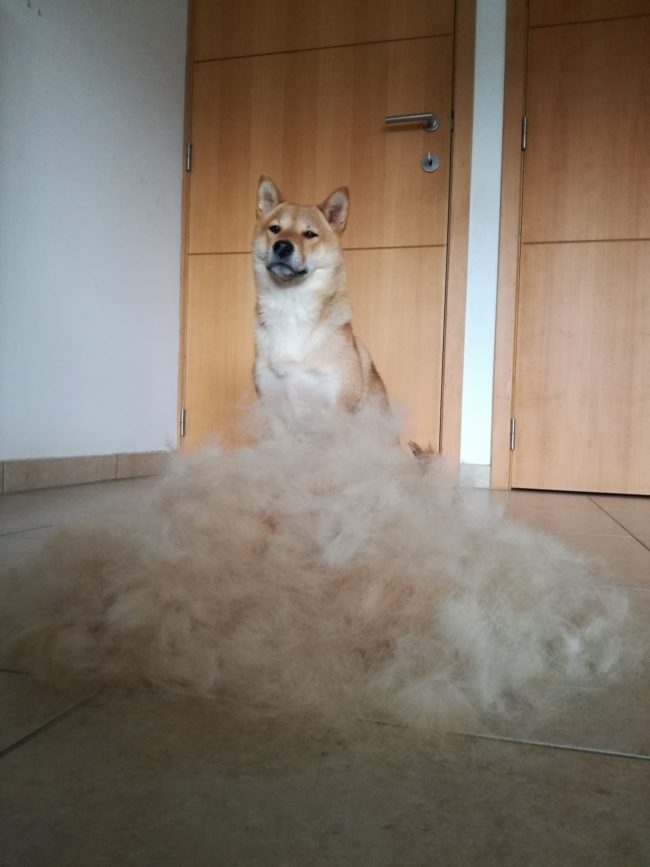 Her owner decided to make her a wig, and at first she was really into it. 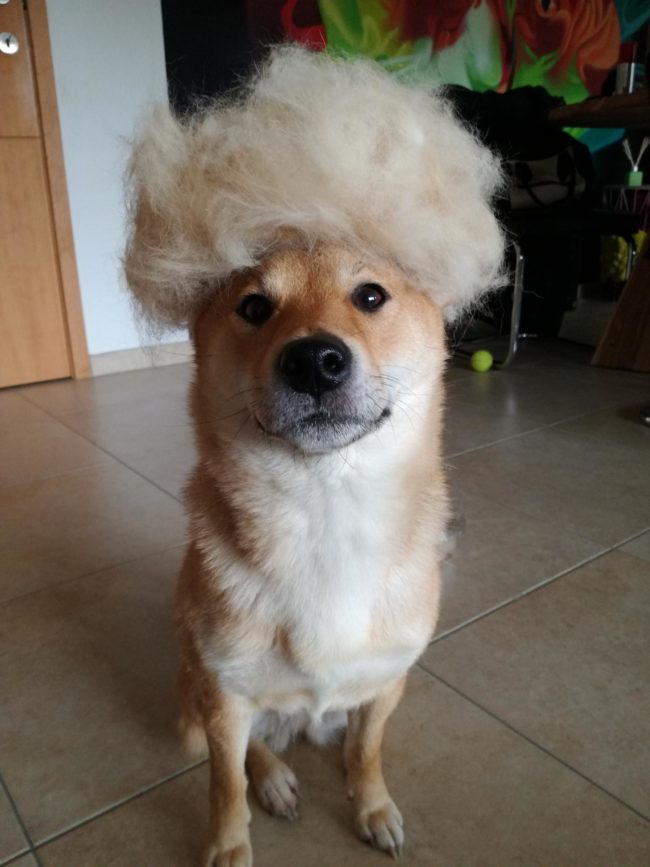 Then she got put in ‘The 80s Rockstar’ and started to become a little more skeptical. 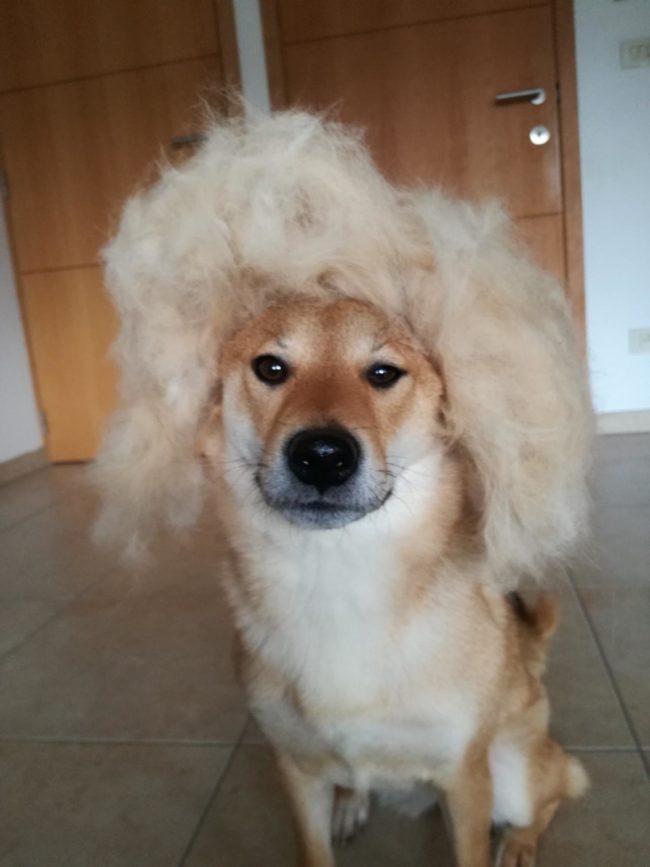 By the time they got to ‘The Oompa Loompa,’ she was so over it. But there was still one more. 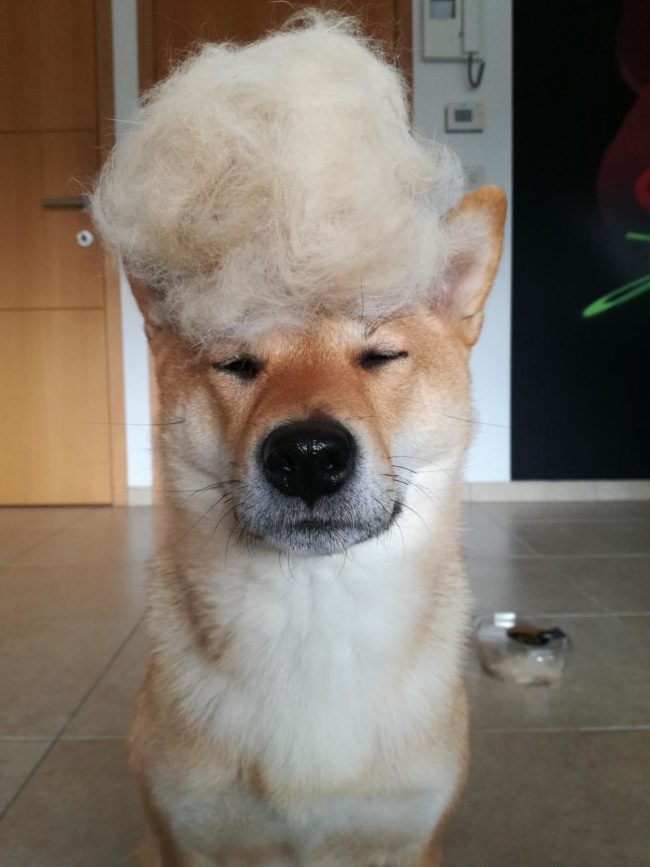 Behold, the ‘Fake News’! Aww, looks like this pup has had enough for today. 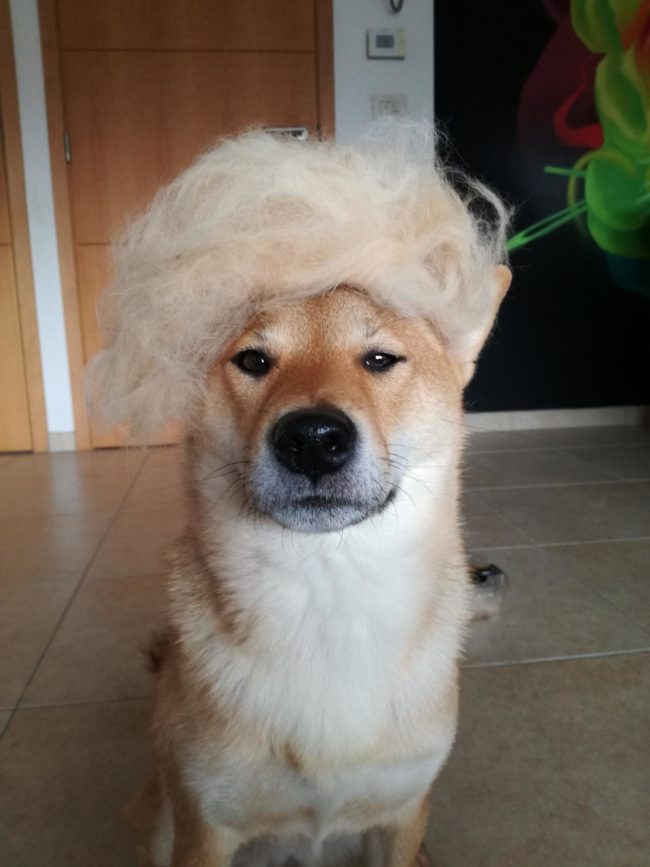 My dog would never sit still for something like this, but it’s totally genius. Which style is your favorite? Let us know in the comments!