Even when marriages don’t work out, parents can generally trust that their exes will do a decent job taking care of the kids when it’s their turn to spend time with them.

Sure, differences of opinion can arise in any co-parenting relationship, but most moms and dads just want their kids to be happy and healthy. When Joel Richard split from his wife, Krystal, they decided that their two boys would live with her. Unfortunately, what she did with them was so horrendous that even she admits that she’s unfit to be a parent.

From the outside, this West Virginia home seems normal, but inside it was a nightmare for two young boys who were kept in what investigators described as “dog kennels.”

They were fed and forced to sleep in the kennels, which were made of plywood, tarp, and a mesh gate. Compounding the issue, the youngest child also has autism.

Joel Richard, who had only been living apart from his boys for one month, was completely shocked. “I never thought in a million years that something like this would ever happen. She’s not the same person that I married six years ago,” he said. 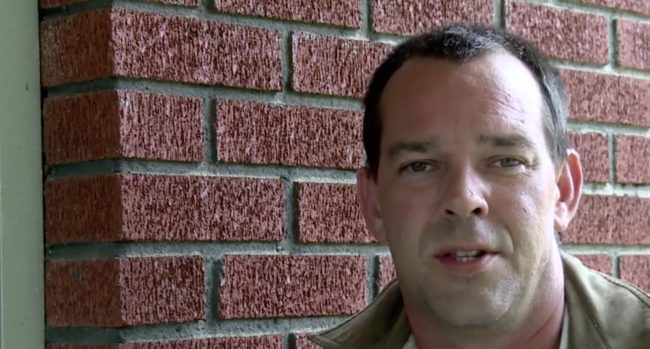 Krystal Richard has now been charged with two counts of child neglect creating the risk of injury. Learn more about this heartbreaking story below.

Read More: The Tragic Story Of This Little Boy’s Death Could End Up Saving Other Children

This makes me so angry. I’m so glad these kids will be safe now. Share their story if you believe this so-called mom should receive the harshest possible sentence for her crimes.