When little Rags the dog was brought into the Clarksdale Animal Rescue Effort and Shelter (CARES) in Clarksdale, Mississippi, the poor thing was in rough shape.

The Shih Tzu mix, which rescuers estimated to be about three or four years old, had been living on the streets for who knows how long before wandering into someone’s yard and catching their attention. After feeding him for a few weeks, that person decided to bring him into the animal shelter, where volunteers were shocked by his appearance. A victim of neglect, Rags’ fur was so tangled that he walked with bowed legs.

‘His body was covered in the thickest mats that we’ve ever seen. We’ve never seen this much hair on a dog this size,” said CARES board member and publicity officer Paige Daugherty. “They were a dreadlock-type texture that scissors couldn’t cut – assumed from years of neglect.” 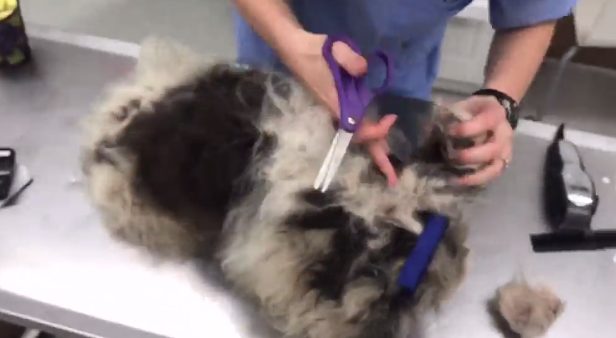 Two staff members and a volunteer got straight to work on him a little over a week ago, spending three hours freeing him of his furry prison. 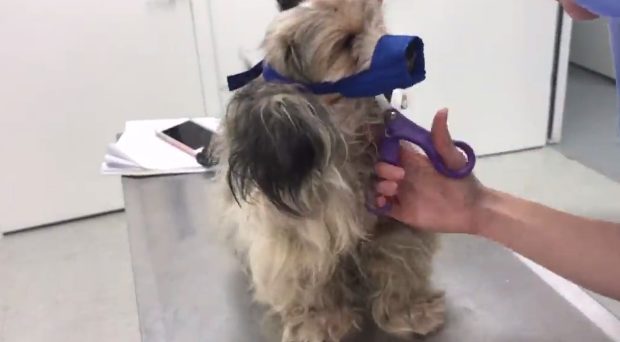 They ended up shaving four pounds of matted fur off of Rags, revealing hundreds of fleas and sores. But after receiving treatments including a medicated bath, he’s feeling so much better now. He’s almost unrecognizable! 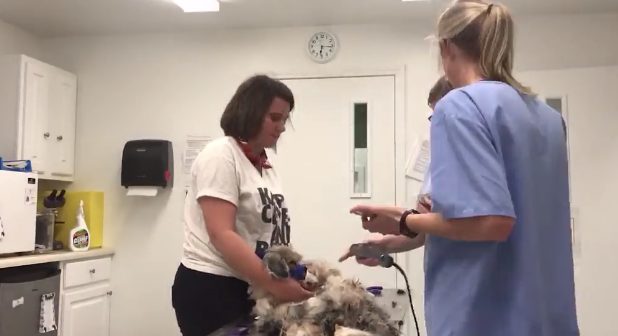 Watch this little nugget go from Rags to riches in the amazing transformation below.

Isn’t he handsome? Rags is so much happier now and is just waiting for someone to adopt him. 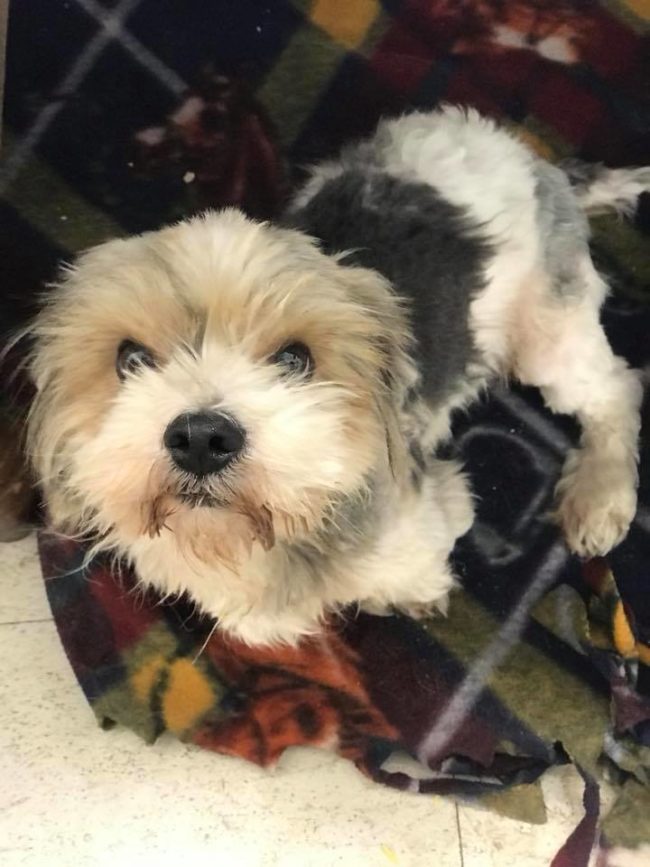 Here’s what his foster family has to say about him:

Rags is a total sweetheart. He blended in effortlessly with the 5 other dogs, cat, horses, and children we hosted for Thanksgiving – no growls, no aggression. Rags followed me everywhere without a leash and was happiest in my lap with a hand on him! He will do best in a home that has lots of time for him. His legs are a little bowed from the mats but it doesn’t seem to slow him down. He is calm as long as he’s close to you and did not bark much at all either, which was nice. He also played joyfully with the other small dog here. Rags tagged along on a few rides and was easy in the car. He is going to make an extremely loyal companion for his future family. He just wants attention and is beyond grateful when he gets it!

Unfortunately, Rags tested positive for heartworm, so the shelter is currently trying to raise money for his treatment. If you’re interested in bringing him home or helping with his medical costs, you can donate and fill out an application here.