He Reached Over To Help His Dog But Ended Up Saving His Own Life. Watch Them Reunite

You know that instinct parents have to throw out a hand and shield their kid in the passenger seat whenever they slam on the breaks? This man did just that to protect his dog, but the action ended up saving his own life.

Philip and his four-year-old German Shepard, Jessie, were cruising down the I-17 freeway in Arizona when they got into a freak car accident. The duo had been following a cargo truck carrying metal rods, and when the truck suddenly came to a stop, they slammed into the back of it. In what looks like scene from “Final Destination,” the rods pierced through Philip’s windshield, right where his head had been seconds before.

Like a good dad, however, Philip had leaned over just an inch or two to shield his beloved service dog from impact. As a result, the rods that would have killed him instantly simply scratched the side of his face. 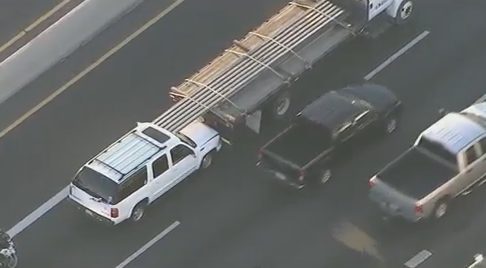 Philip was transported to the hospital with non-life-threatening injuries, but Jessie was unharmed. While he recovered in the hospital, the Arizona Humane Society cared for Jessie as part of their Emergency Service Program, which provides a temporary home for pets whose owners are hospitalized. Finally, the duo was reunited. 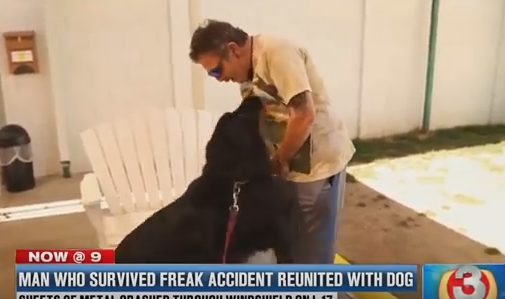 Philip credits Jessie with saving his life. He said, “If I hadn’t leaned over a few inches to brace Jessie for the impact, the metal rods would’ve gone straight through my face instead of brushing my ear.” 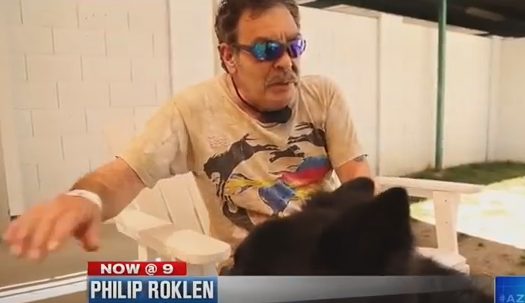 Read More: Their Dad Couldn’t Make It To The Dance, But Look Who Showed Up In His Place!

To hear more about the incident and see Philip and Jessie’s heartwarming reunion, check out the news report below.

These two already had an incredible bond, but now it’s stronger than ever! Be sure to share their amazing story with the dog lovers in your life.