If you have a dog, you know all too well how they seem to love barking at absolutely nothing.

Redditor EntBlossom probably assumed this was the case at first when their dog started barking one day, but they quickly realized that something strange was going on.Apparently, they were working at their desk on the top floor of their house with the dog sleeping by their feet when the pup suddenly woke up and began barking at the stairs.They tried talking to her to calm her down, but she wouldn’t stop.

When they turned around to see what was wrong, they saw this toy standing upright on a step. 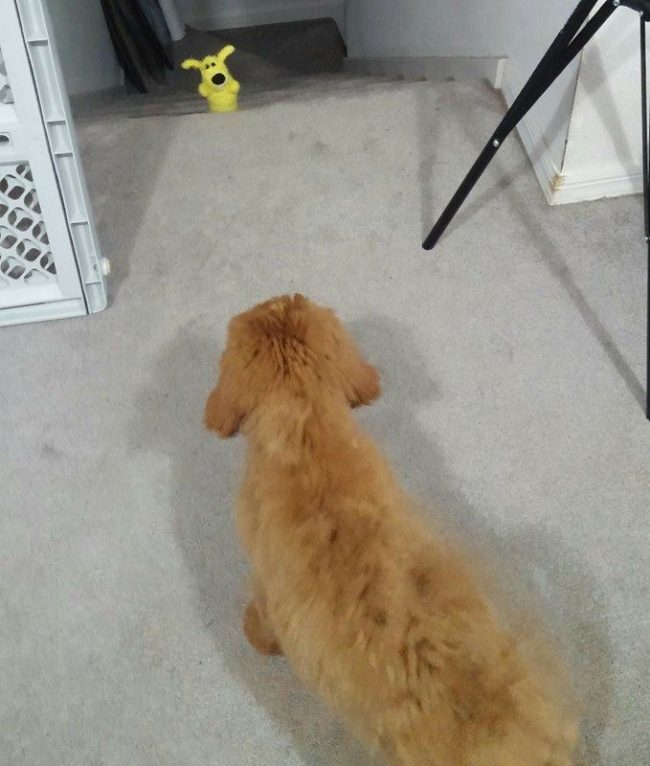 Read More: Before Her Dad Died, They Made A Sign Saying He Was Okay After Death, Then This Happened…

Nothing seems out of the ordinary here, but EntBlossom says the toy had been downstairs, and that the dog relaxed as soon as they picked it up.

Some have suggested that the pup could’ve simply been playing with the toy and accidentally flipped it into that position, but like the Redditor said, she was asleep right before the incident happened.They don’t have any idea how the toy got there or why it scared the dog.

Well, I definitely never expected to get creeped out by a dog toy.What do you think happened? Something paranormal, or is there a reasonable explanation?Let us know in the comments, and be sure to share this with others to see what they make of it.