They Thought Their Dog Was Lost, But As It Turns Out, He Was Busy Being A Hero!

Back in October, Louie the 12-year-old sheepdog disappeared from his home in Alexandra, New Zealand.

His owners were obviously worried about where he was and whether he was injured or stuck somewhere. But to their relief, he came back later that day, though they noticed he was a little worse for wear. “He looked so exhausted, he had just collapsed under a bush,” Marolyn Diver-Dudfield, the daughter of Louie’s owners told Bored Panda. “We were concerned someone might have hurt him.” Little did they know he’d been busy helping someone else rescue his pup.

As it turns out, a neighboring farmer named Rob noticed his dog, Maddy, was missing before he left to go into town that day. When he came back, he found Louie on his property, who then led him to the spot where Maddy was trapped under a pile of branches.

When Louie returned home, Diver-Dudfield and her parents found a note attached to his collar. “Louie is the hero of the day,” it read. “He led me to Maddy in distress, stuck under a branch pile. Cheers, Rob.” 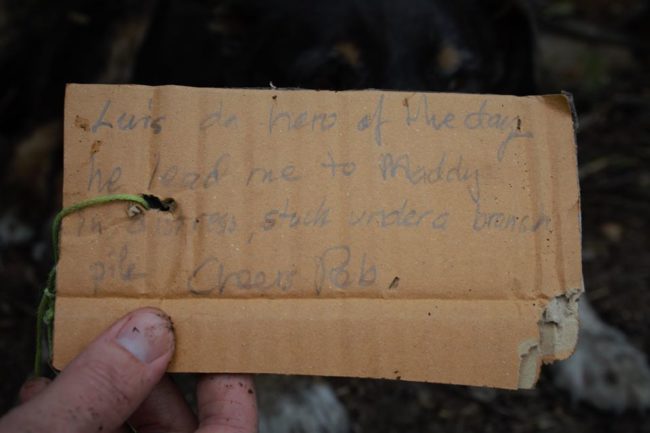 Later on, they called Rob to get the full story. “Rob said he was 100 percent sure that Louie knew what he was doing, and getting Rob to Maddy was his one pure focus. Once he found her, Louie helped Rob dig her out, pulling at branches, digging out the ground,” Diver-Dudfield told The Dodo. “He knew Louie might get in trouble for being late home, so he thought he would write a small note to explain his absence.” 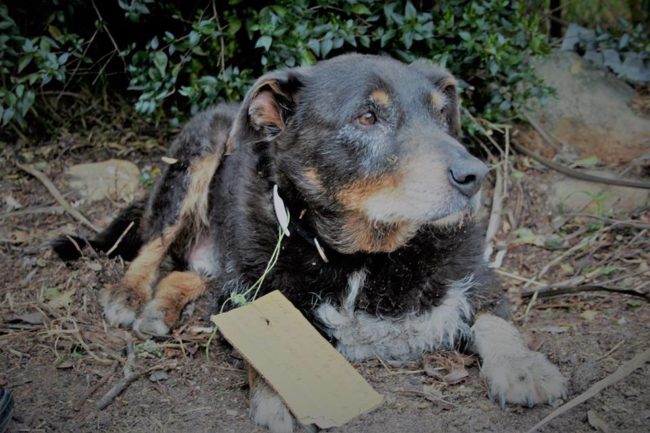 What a heroic pup! I’d say this very good boy deserves all the extra treats he wants.