This Unlikely Pair Is Adorable, But The Story Of How They Met Is Even Sweeter!

When Gunnar Kr Sigurjónsson recently heard his dog, Diamond, whining, he didn’t think much of it.

But when Diamond kept approaching him in his home office and then turning around as if meaning to lead him somewhere, Sigurjónsson realized that the Jack Russell terrier was trying to tell him something.That’s when the Iceland resident followed Diamond out onto his balcony and found a bird lying on the ground.”I immediately thought the bird was dead, so I called Diamond inside,” he said. “Then I thought I saw the bird blink an eye.”

The poor thing began moving as he was scooped into a basket, so Sigurjónsson brought him inside to recover with some birdseed and water.After about an hour, the little guy was doing much better. 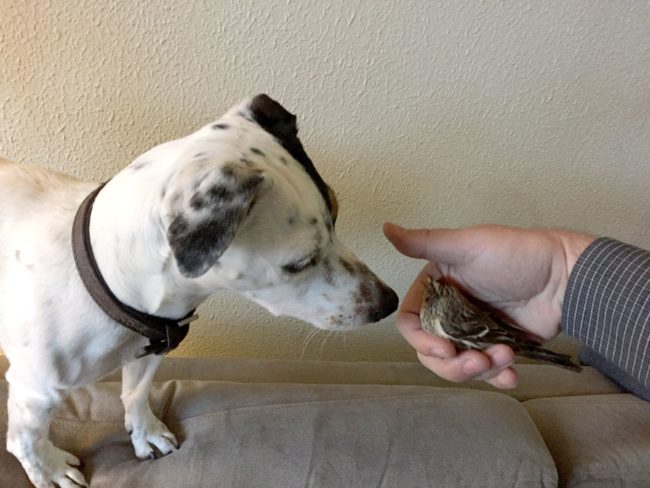 Before setting the bird free, Sigurjónsson says he “wanted to take some pictures first, so I put it in my open palm and took some snaps. Then he flew a big circle in my living room and landed back…right on top of Diamond’s head!” 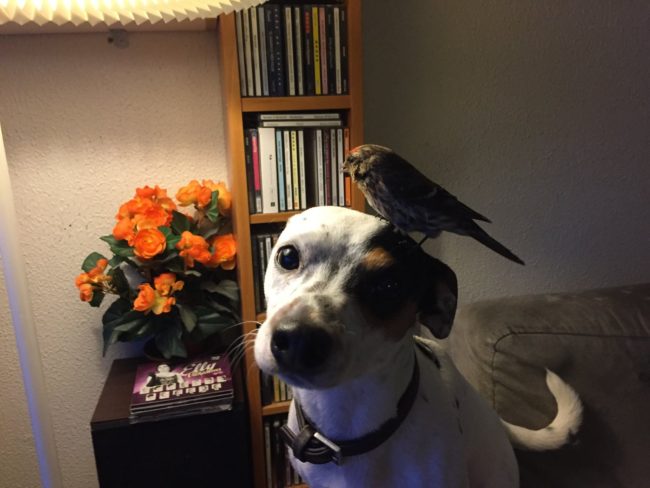 Read More: This Tortoise May Not Be A Dog, But He Sure Thinks He Is — LOL

Diamond’s new feathered friend, who Sigurjónsson named Bíbí, took off again and flew onto a shelf, where his human rescuer picked him up once more. 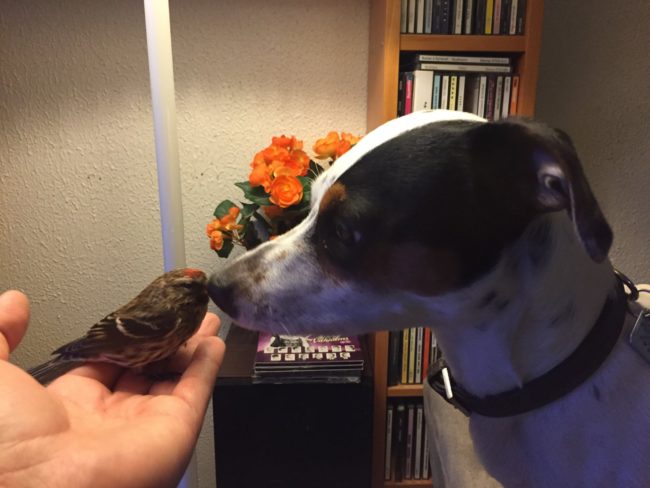 “That’s when Diamond came nose to beak to the bird and then he started licking him,” he said. “The poor bird had to flick his wings a few times to keep his balance, but could have flown away any time if he wanted to.”

Bíbí ended up staying overnight and was able to fly away the next day — but Diamond hasn’t forgotten him.Sigurjónsson says that when he asked where Bíbí was after he left, Diamond “ran directly to the balcony door and jumped on the arm of the sofa to look out. He knew exactly what I was talking about.” 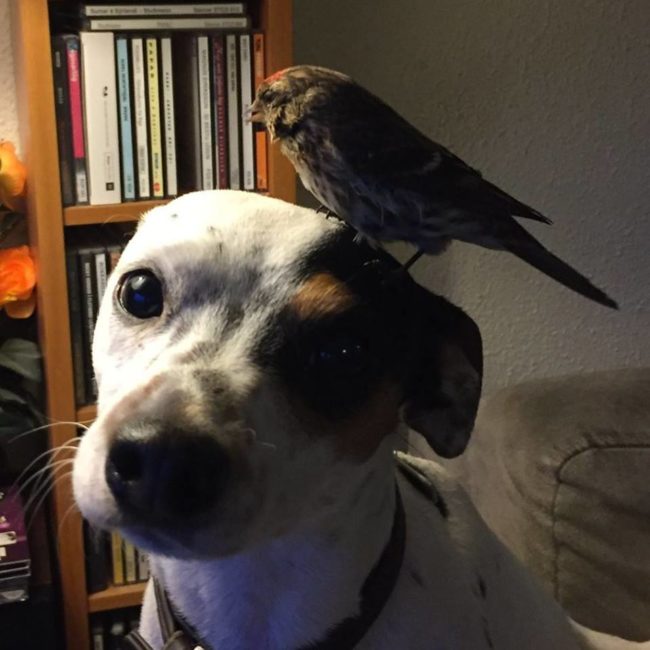 (via BoredPanda and The Dodo)

I think we can all agree that calling Diamond a good boy is a huge understatement.Share this sweet story of friendship with all the animal lovers in your life!