It’s no secret that dogs are some of the bravest, kindest, and most loyal animals out there, and this guy’s pup just proved that with his heroic actions.

When Mike Freeley took his two dogs out for a nice stroll along a shore, one of them, Storm, started taking off toward the water. He immediately jumped in and began swimming out to something floating in the distance. As it turns out, he was trying to save a life.

When Storm swam closer to shore, Freeley realized he was dragging a baby deer with him. The poor thing had been drowning. 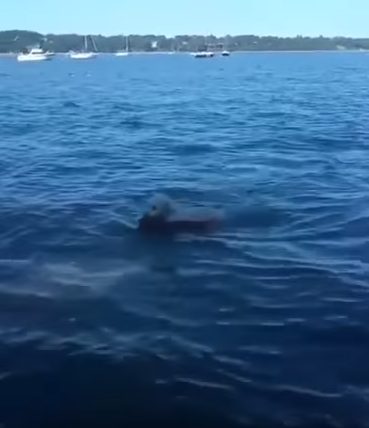 Once they reached land, the terrified fawn got up and started running away. 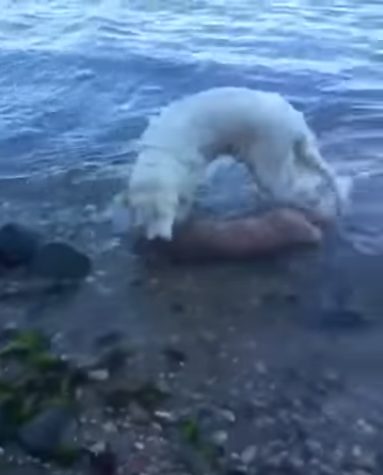 Storm followed, and when the baby collapsed from exhaustion, he kept nudging it to make sure it was okay. 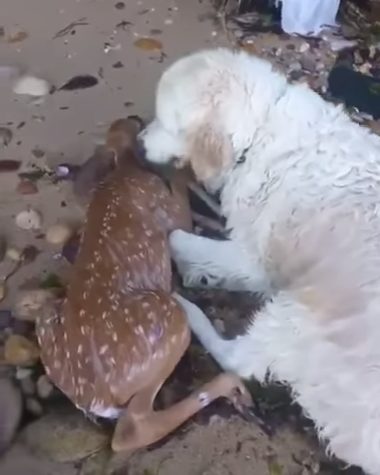 Freeley and Storm kept the little fawn company until people from Strong Island Animal Rescue League came to take over. Unfortunately, the deer ran into the water again, but they caught it pretty quickly. Share if you agree that dogs are the best!