Two Dogs Were Trapped In A Canoe, But Wait Until You See Who Ended Up Saving Them

When you’re up a creek without a paddle, who’s going to be there to rescue you? These pups found out that answer the hard way.

A pair of sneaky dogs found themselves in some hot water when the canoe they were playing in headed up the river without the aid or guidance of the pups’ owner. As the dogs continued to drift further and further away from help, it looked like these two might be goners. But that’s when an unlikely hero came in to save the day.

With danger vast approaching, each dog took a different route with their distress signals. One pooch can be heard whining while the other overpowers the whimpering noises with its loud barking. 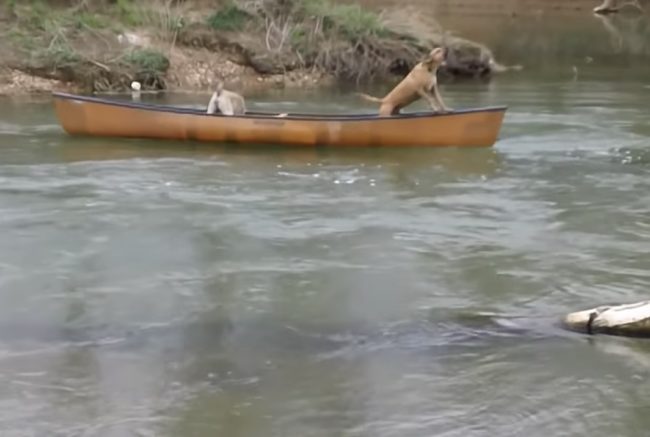 But just when all hope was lost, the pups’ owner arrives with a special rescuer who swims out to try and bring the dogs home. 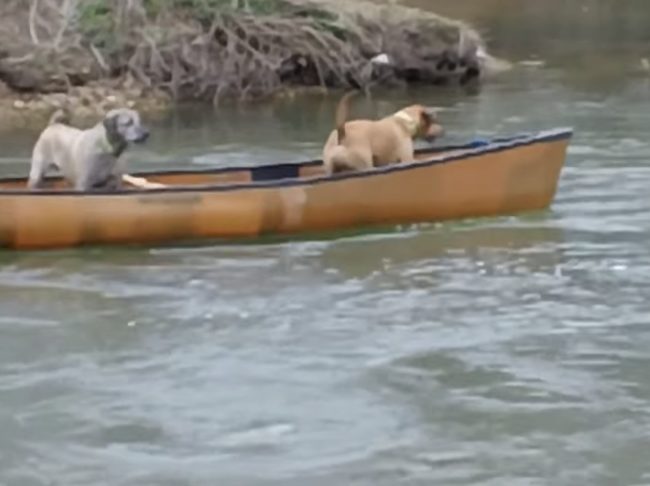 But was this hero in training success? Keep watching to find out.