When They Pulled A Dog Out Of This Home, People Were Stunned By His Condition

When 21-year-old Katie Dunkley noticed a woman left her home in Barry, South Wales, without her dogs and didn’t come back for weeks, she grew very concerned about their welfare.

After three weeks passed without any sign of the woman returning, Dunkley knew she had to do something. That’s when she hopped the fence around the house and entered through the back door to an absolutely heartbreaking sight.

Dunkley called the police and the Royal Society for the Prevention of Cruelty to Animals (RSPCA) when she found two dogs, a male who was completely emaciated with overgrown nails and cuts on his face, and a female who was said to be extremely aggressive. Both had been without food and water for all that time. 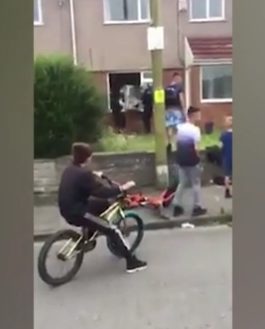 The police and people from RSCPA worked together to remove the dogs from the home. “The entire floor was covered in feces and urine as were the dogs,” Dunkley said. “They had tore apart the kitchen and chewed through tins of food in desperation. These poor babies did absolutely nothing wrong.” 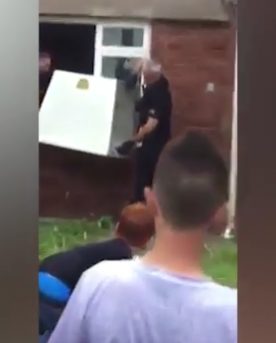 They took the female out inside a carrier. She was thin, but the male’s condition was so much worse that onlookers gasped when they saw him being led out on a leash. 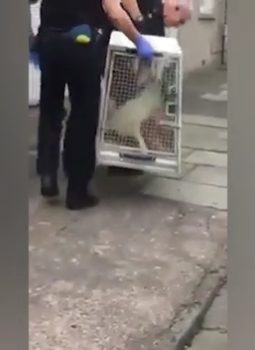 Speaking about the owner, Dunkley said, “Her excuse was the end of her relationship and her inability to care for them alone, but a call to the dogs’ home wouldn’t have taken five minutes.” Watch as teams rescue the dogs from their awful environment below.

Both dogs are now in RSPCA custody, and Dunkley hopes to adopt the male once he’s recovered. Police are still investigating the matter. Share if you’re infuriated that anyone could abandon their pets and leave them to starve.