If you have a dog, there’s a 100 percent chance that you’ve looked at your pup while it’s sleeping and thought, “That can’t be comfortable!”

The truth is, our pups sleep in a variety of positions with crazy angles and legs flying all over the place, but we don’t often stop to think about why in between taking pictures of the crazy pooches. Could there be a reason they choose to sleep the way they do that we don’t understand because we’re humans?

It turns out, the answer might be yes. Just as a human might have a preference for sleeping on their side, back, toward the door, or away from the door, the way a dog is sleeping has a lot to do with how comfortable they are and how protected they feel. It might even clue you in to an interesting part of their personality. Here are the six positions and what they mean about your pooch.

1. Side-sleeping means that your dog feels very comfortable and relaxed. They don’t feel in danger, so they leave their stomachs exposed. Still, this is a good position to sleep in if the pup guards the house because it’s easy to get up and bark if they sense something amiss (or hear the mailman). If your dog sleeps like this often, they may be goofy, happy, and loyal. 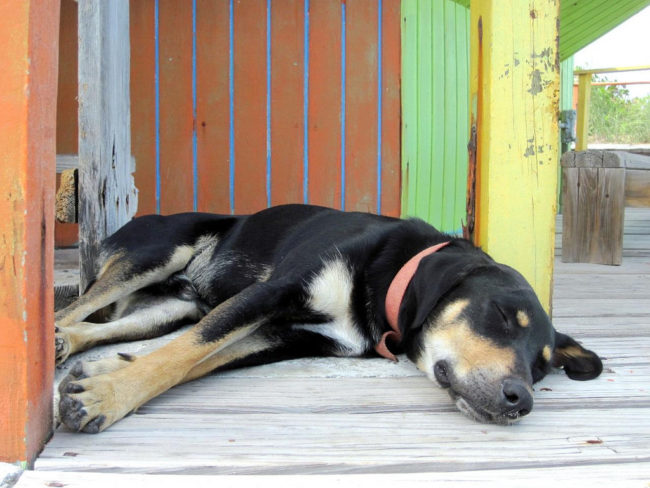 2. A dog that sleeps all curled up is protecting their vital organs and conserving body heat. That doesn’t necessarily mean they feel unsafe, rather, it’s a natural instinct from the days when dogs were out in the wild. Still, you might see your pup curled up more like this in the winter when it’s easier for body heat to escape. A dog who sleeps like this may be easy-going and sweet. 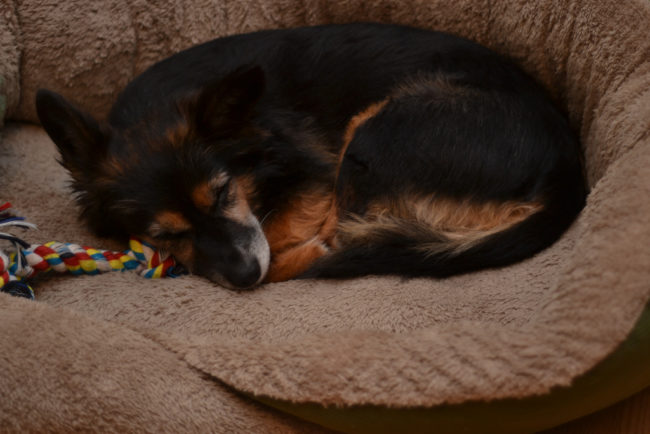 3. Dogs that do the ‘Superman’ pose while they nap, with all four legs straight out are ready for anything. This sleeping position makes it easier to get up and get moving, which means it’s generally for high-energy dogs with a lot of motivation. That’s why it makes sense that many puppies use it; they don’t want to miss out on anything! 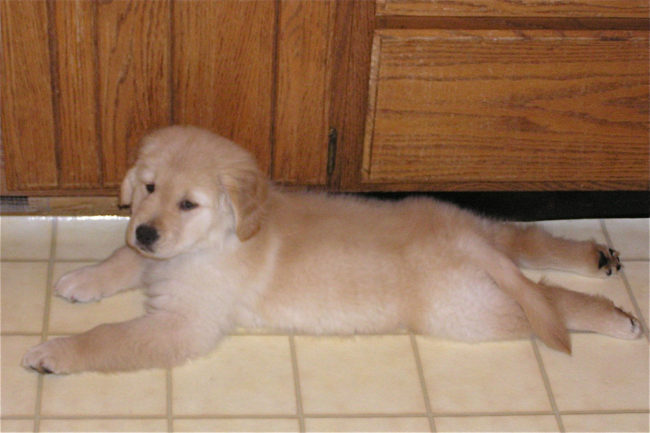 4. A pup who sleeps with crazy legs is VERY comfortable, confident, and secure. This is the most vulnerable position for a dog, and unlike some of the other sleeping positions, you would never see a wolf doing this in the wild because it would invite an attack. If your dog sleeps like this, they may be independent and calm. 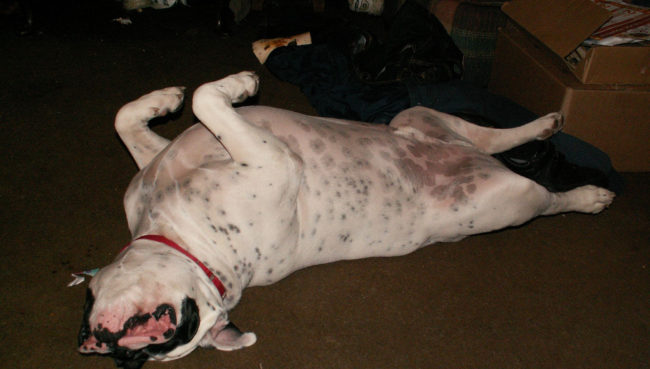 5. Doggos who sleep on their stomachs with their heads tucked may be more anxious. This sleeping position keeps the muscles tense, which doesn’t allow the dog to reach REM sleep. They may be timid and shy, and it’s a good idea to keep an eye on their anxiety levels when they’re awake. 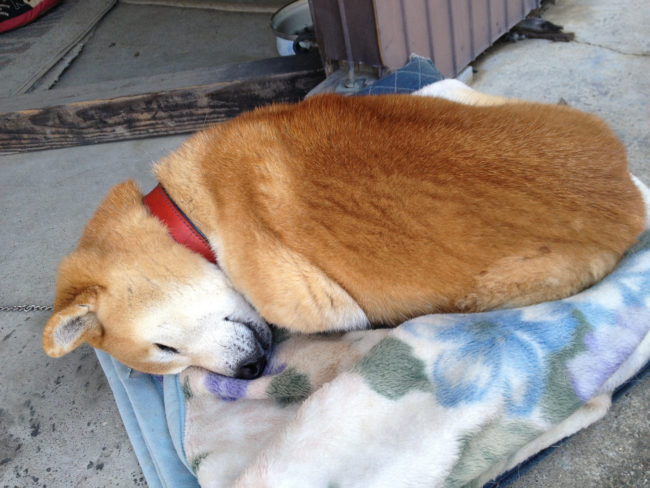 6. Pups who full on pass out on their backs, legs relaxed or straight up in the air, are also very comfortable, but they may be trying to cool off or cool down after expending a lot of energy. A pup who does this is very confident (again, it’s a vulnerable position), and they may be adaptable to new situations. 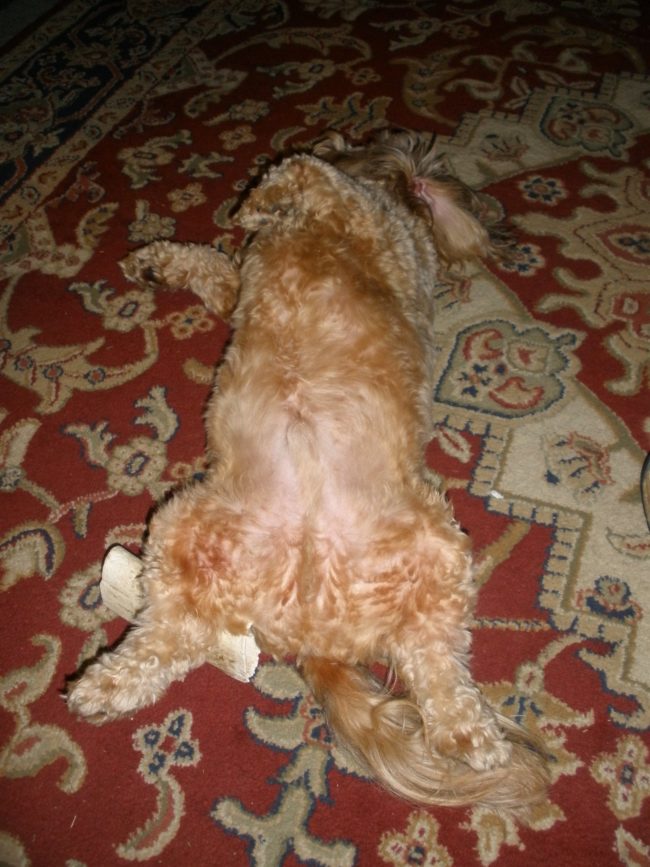 This is totally fascinating. I definitely see my dog’s mood and personality represented in these sleeping positions. Usually he’s #4. What about your pup? How do they usually sleep, and what might it say about them? Let us know in the comments.