Getting cancer is never part of anyone’s plan.

Illnesses like cancer sneak up on people and throw a wrench into their lives that they never could have expected. Fortunately, people are usually quick to rally around someone who’s been impacted.

When young mom Ashley Chestnut found out she had a baseball-sized non-Hodgkin’s lymphoma in her breast, she found help from a stranger who knew just what to do.

Chestnut and her husband have a two-year-old daughter and a five-month-old son. During their daughter’s second birthday party, Chestnut began breastfeeding Easton, her little boy. That’s when she experienced a deep and shooting pain through her shoulder. 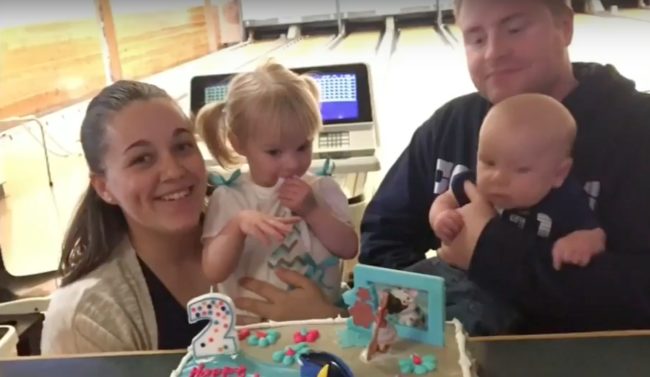 She was diagnosed with cancer and had to stop breastfeeding Easton, who has a milk and soy allergy that made most formulas inappropriate for him. She still had to pump her breast milk, but she had to throw it away during treatments.

That’s when a staff nurse who happened to be working on the same floor where Chestnut was being treated stepped in. Jaclyn Kenney has a daughter who is just one day older than Easton, and she donated eight gallons of breastmilk to the young mom.

“I didn’t really think twice, I had a freezer full of breast milk, and I just went in there and asked if she’d be interested in having it,” Kenney told 3 News Now. After the milk was tested to make sure Easton wouldn’t be exposed to allergens, Chestnut was able to accept. 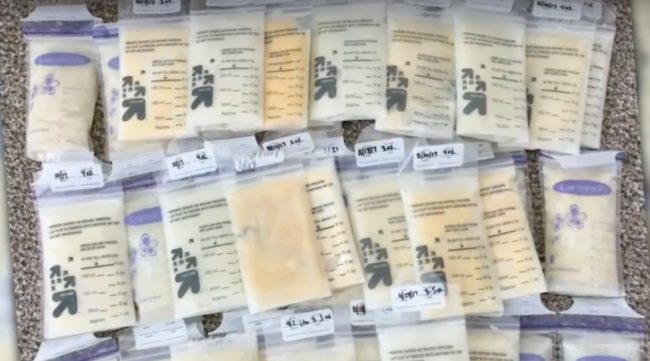 Learn more about this incredibly heartwarming story and the other ways people in the community are stepping up to help this family in the video below.

What a selfless act of kindness. It’s great to see women helping each other out in this way. Here’s hoping that only health and happiness are in these families’ futures.