Back in October, people became outraged after watching a viral video of a mom in Liverpool, England. The 31-year-old unnamed woman could be seen dragging her son across the pavement in public with what looks like a leash.

Some who viewed the footage called her a monster and an animal, saying that what she did was a clear case of child abuse. However, she wants others to know that there are two sides to every story and that people are judging her “before they know the situation.” That’s why she’s firing back and adamantly stating she isn’t a bad mom.

In an interview with Echo, the single mom explained that her four-year-old has severe autism. “He has meltdowns and throws himself on the floor,” she said. “What I am doing in that video is the only way I can move him. He does it all the time and won’t get up or let me pick him up.” 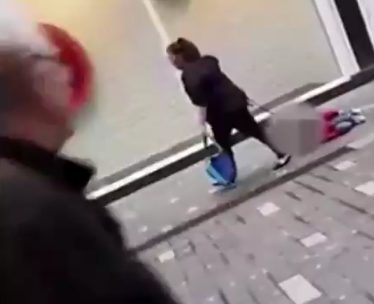 “People are making me out to be a bad mom — I am not a bad mom. They should ask before they judge me,” she added. “People don’t understand how hard it is having an autistic child, especially when they are so strong. He has attacked me before and knocked me off my feet, but he doesn’t know he is hurting me.” 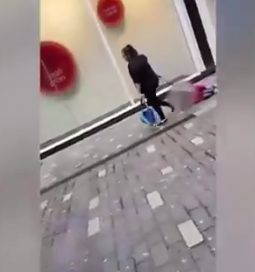 Despite the widespread outrage, she added that only two women — to whom she explained her son’s condition — approached her that day. The rest of the passersby watched and said nothing, including those who recorded. As of October 26, Merseyside Police confirmed they were investigating the incident.

So angry & annoyed by this footage. Not just at the #woman(monster/animal) dragging the #toddler. But also at the passersby who did nothing😡 pic.twitter.com/nyAnbQQVql

(via Delish and Echo)

According to child psychologist Lauren Elder, Autism Speaks assistant director for dissemination science, the best way for parents of autistic children to handle public meltdowns is to explain the child’s condition to bystanders and let them know how they can help. What are your thoughts on this situation and the public’s reaction to it? Give us your input in the comments.