If You Thought Fire Ants Were Bad, Just Wait Until You Meet Driver Ants…

Fire ants are becoming more and more of a problem in the warmer parts of the United States. If this is something that bums you out, then maybe we can offer you a little bit of perspective. At least you don’t have to worry about an infestation of driver ants.

Driver ants are much worse than fire ants. In fact, driver ants are one of the deadliest species on the planet. Oh, and they’re very very mean. Here are 10 reasons to be happy that you have fire ants instead of driver ants. 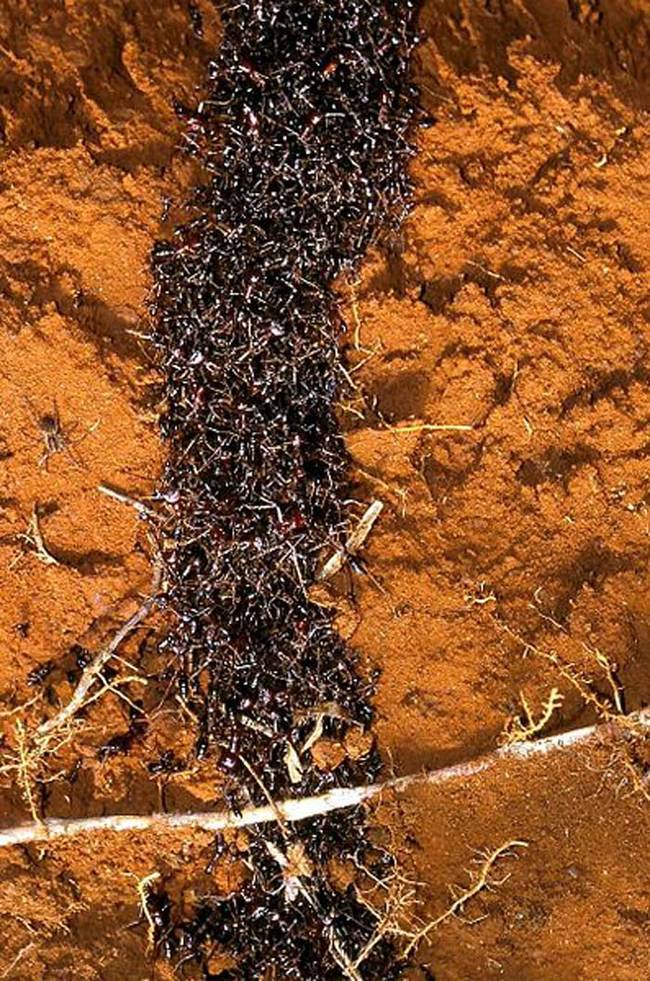 Driver ants belong to a larger genus of ant known as army ants. These ants are notorious for being nomadic, in that they will travel from place to place. They set up temporary colonies for anywhere from a few days to a few months, until their food supply in the area is depleted. Then they move on.

2.) They travel in huge packs. 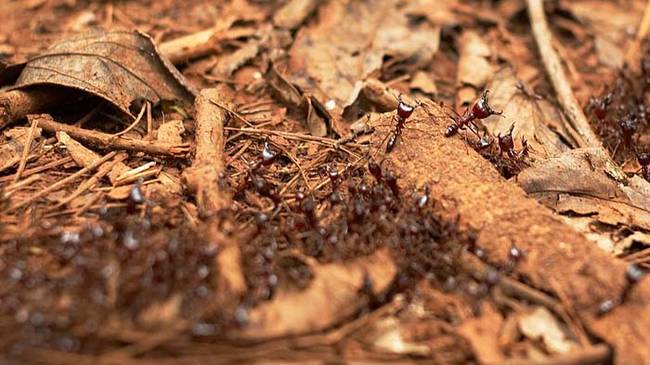 When they are migrating between colonies, driver ants travel in a massive line. Their colonies are huge in size (more on that next). They form a column with attack ants posted as sentries on either side so that the worker ants can run through in the middle. These ants are pretty smart.

3.) They have bigger colonies than fire ants. 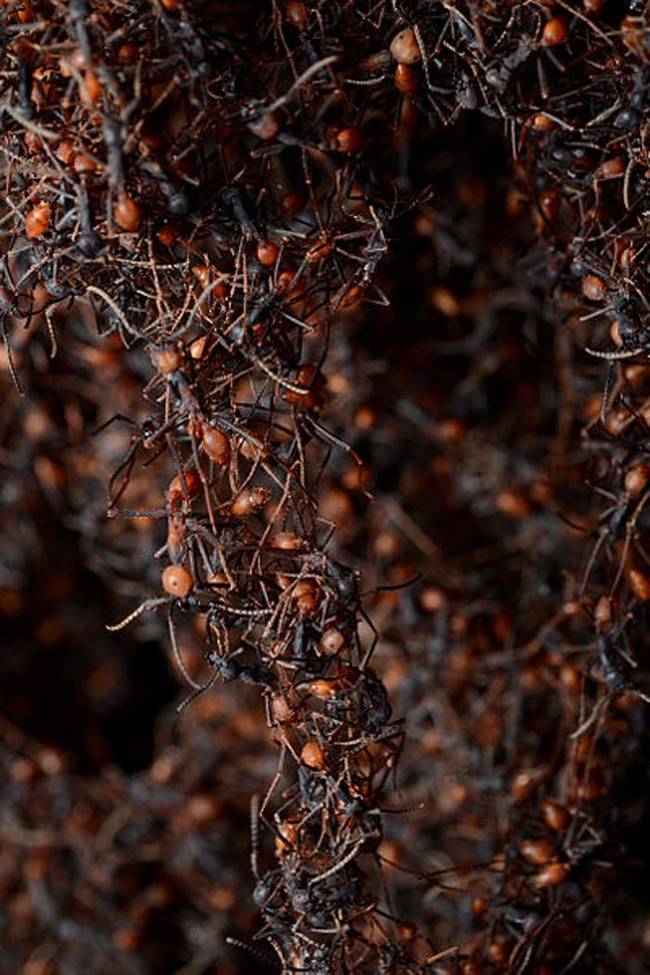 Colonies of driver ants are HUGE! Driver ant colonies are actually the biggest ant colonies in the world. They can number up to 22 million at a time. So, just imagine seeing 22 million, migrating ants on the jungle floor, all marching in a giant column. Yeah, that’s scary. 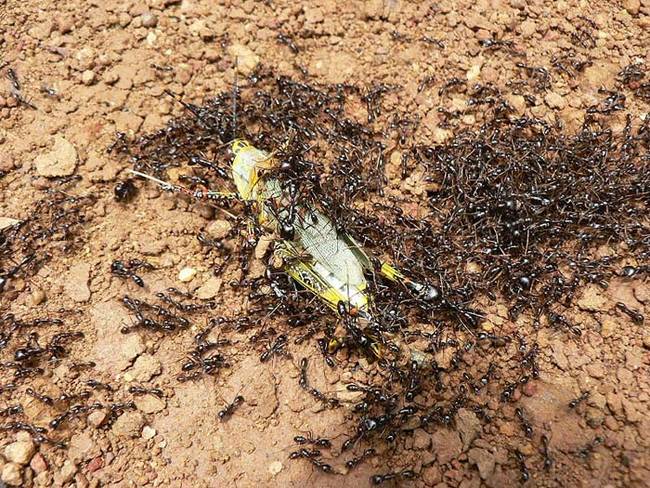 What makes driver ants much scarier than fire ants is that driver ants are carnivores. Their main food source are earthworms that they come across in their journeys. Driver ants have also been known to attack and consume any animal that isn’t smart or fast enough to get out of their way.

When driver ants are on the move, they behave as almost a super organism (that is, as one giant hive mind). If one ant is hurt by a creature while the colony is on the move, the entire column of millions of ants will attack whatever they perceive to be the aggressor. Don’t accidentally step on one of these guys, unless you want to be swarmed by millions of ants. 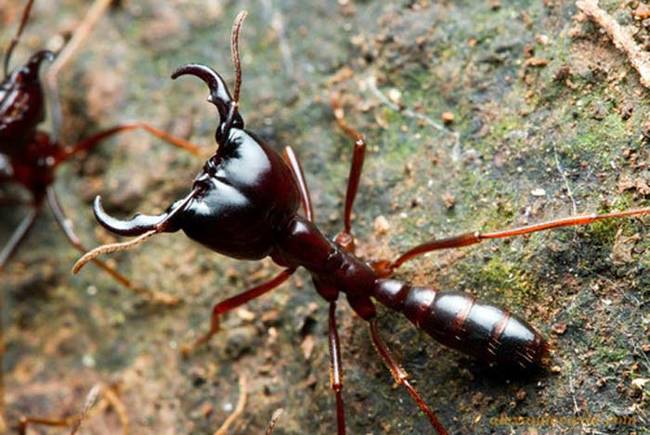 Fire ants like to bite and sting when they attack, and driver ants can do the same. However, driver attack ants prefer to bite instead of sting and for good reason. Their bites hurt, a lot. It’s incredibly difficult to remove a driver attack ant once they’ve latched onto you with their mandibles. Their bites are so powerful that certain tribes in Africa intentionally have driver ants bite them as a way to close open wounds instead of stitches. 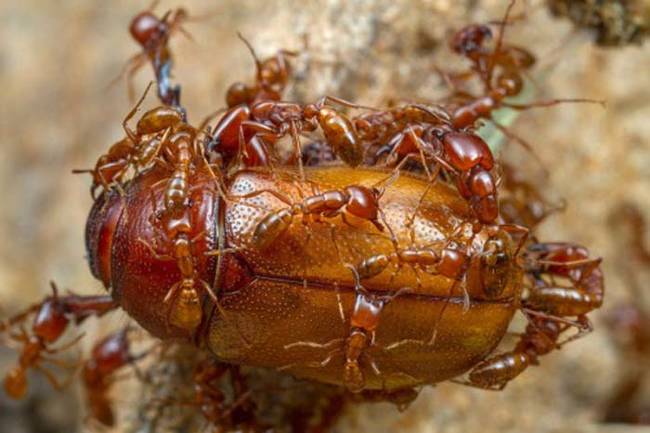 Although it’s not very common, driver ants can kill humans. Usually, if you come across a column of driver ants, you’re going to run as fast as you can in the opposite direction. But if you’re unable to get away, (if you have a broken leg for example) then the ants can quickly overwhelm you and cause you to suffocate. 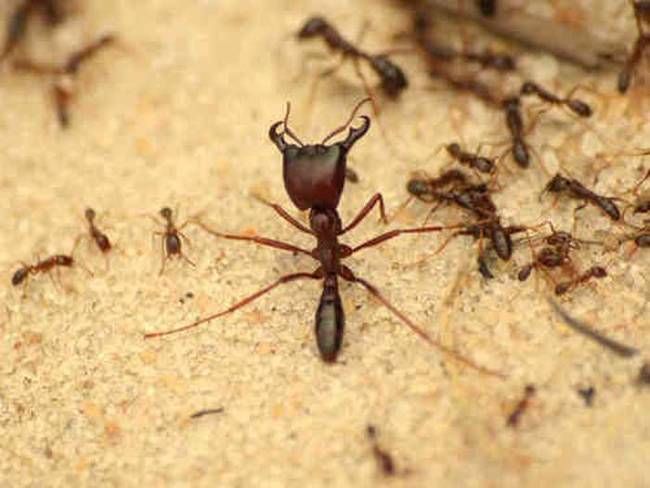 Driver attack ants can be up to an eighth of an inch long, which is pretty huge for the ant kingdom. Driver ant queens can grow up to two inches long, and are known as the largest ants in the world.

Driver ants have been in the movies before (most famously in Indiana Jones and the Kingdom of the Crystal Skull). Although the scene slightly exaggerates their ability to devour human flesh (the ants kill and eat two Soviet soldiers in a matter of minutes), they are more or less accurately described by Indiana Jones as “big damn ants.”

10.) They plan and coordinate their attacks.

Maybe the most terrifying thing about driver ants is how smart they are. Many species of driver ant are known to coordinate and carry out “raids” on neighboring colonies of insects, like termites. Termites are actually a favorite prey of some driver ant species. The driver ants attack the termites and bring the dead insects back to the colony for a meal.

So the next time you’re worrying about fire ants, or any type of ants really, just remember that at least they’re not driver ants. Unless of course you live in east Africa. Then you should probably worry.