On March 30, Leigh Shepherd and his wife were investigating a sound coming from their yard when they saw a horse struggling for her life.

A flood was raging in the tiny town of Murwillumbah, Australia, and the poor creature had unfortunately been caught in the middle of it. She would very likely have drowned if Leigh hadn’t gone out to rescue her.

Leigh tried several times to pull the horse to safety, but he didn’t succeed until his 21-year-old son, Rob, used an extension cord to lead her to the stairwell outside their house. 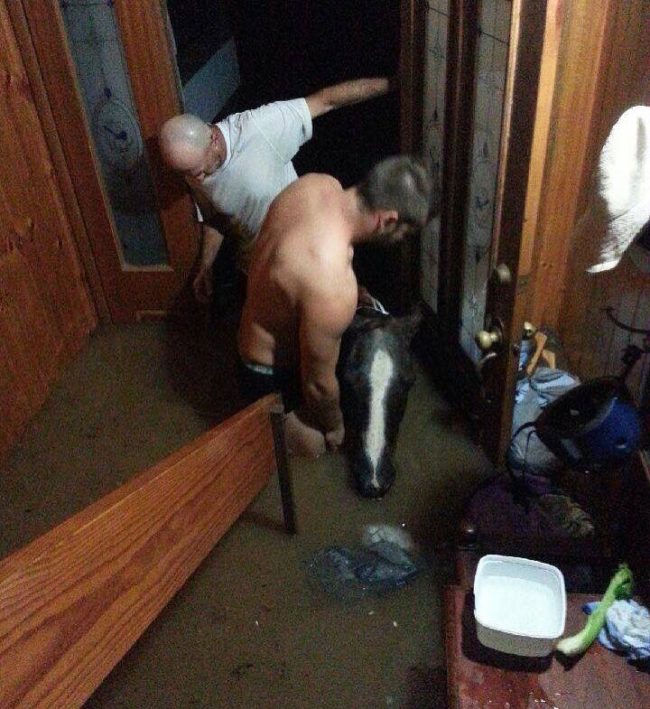 When they finally got her inside, she collapsed on the landing from exhaustion. Rob had to hold her head above the water with a boogie board for more than five hours before it receded. They weren’t sure she’d make it through the night. 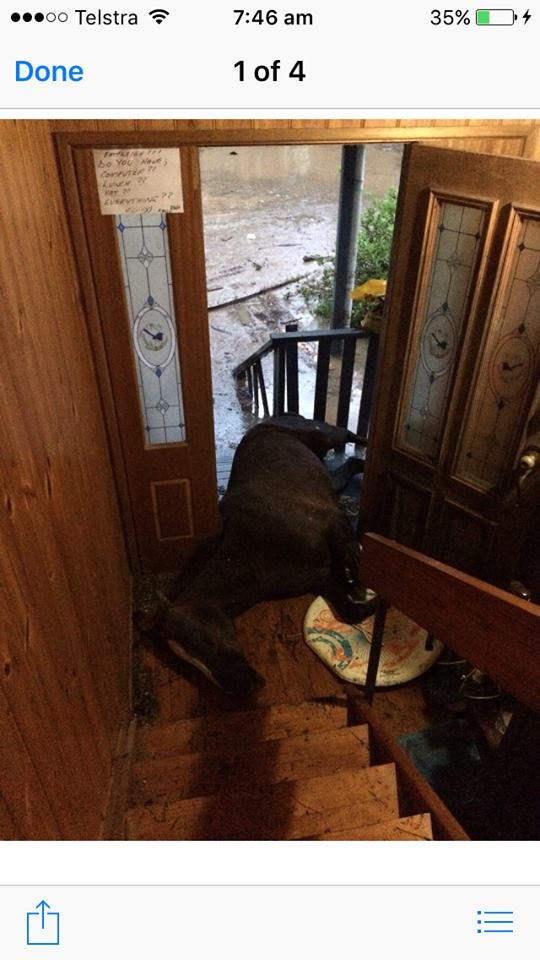 But aside from a wound on her forehead and some scratches and bruises, she was okay. The family found out that her name is Tilly when they reunited her with her owners, who turned out to only live a few houses down. Needless to say, they were very grateful she was taken care of. 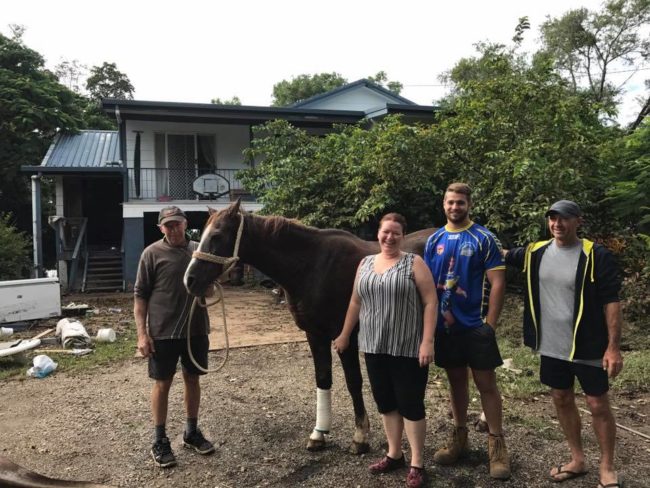 (via Honest To Paws and Australian Broadcasting Corporation)

Read More: She Saw Her Boyfriend And Her Dogs Dead. Her Message Is One We Need To Hear.

It really warms my heart that these people took it upon themselves to save a animal in need in such a risky situation. Be sure to share this rescue story if you think they’re heroes!