You may not have heard of Ed Gein, but you definitely know the stories that his twisted tale of murder and grave robbing inspired. Although Gein only officially killed two people, his grave robbing hobby made for one of the most shocking police raids in history…

Gein was born and raised in the town of Plainfield, Wisconsin, the same location of his crimes. Gein and his brother, Henry, were raised mostly by their mother in near-complete isolation on the family farm. 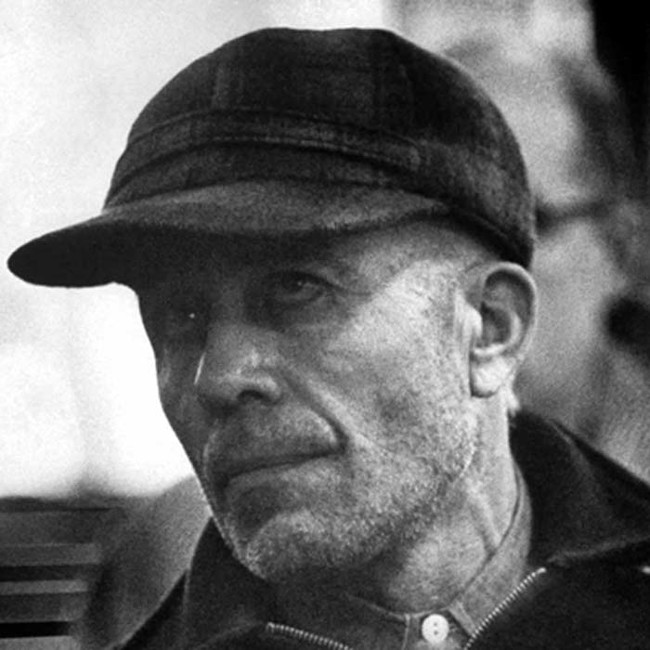 The only time that he and his brother were allowed to leave the farm was to go to school. Gein’s mother made a habit of punishing her boys for even trying to make friends. Despite receiving a substantial amount of abuse from his mother, Gein was obsessed with pleasing her. She was his best friend.

In 1940, Gein’s father passed away due to heart failure caused by his alcoholism. With the family breadwinner dead, Gein and Henry went to work as handymen around town to make ends meet. 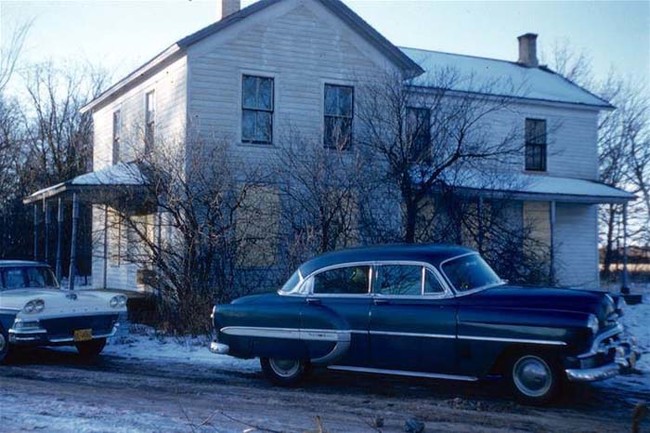 In 1944, while Henry and Gein were burning away some vegetation on the property, the fire got out of control. Firefighters were called in to control the blaze. By the end of the day, the fire was extinguished, but Henry had gone missing during the commotion. Gein reported his brother’s disappearance and he set off with police into the woods to look for him. They found his body lying facedown in the dirt. The official conclusion was that Henry died of a heart attack or stroke during the fire. Years later, though, investigators suspected that Gein may have been responsible for his brother’s death. One biographer even wrote that Henry’s corpse had bruises on its head when it was found.

Not long after Henry’s death, Gein’s mother suffered a massive stroke. Gein dedicated himself to tending to his now-disabled mother. She suffered a second stroke shortly after the first, and died in December 1945. 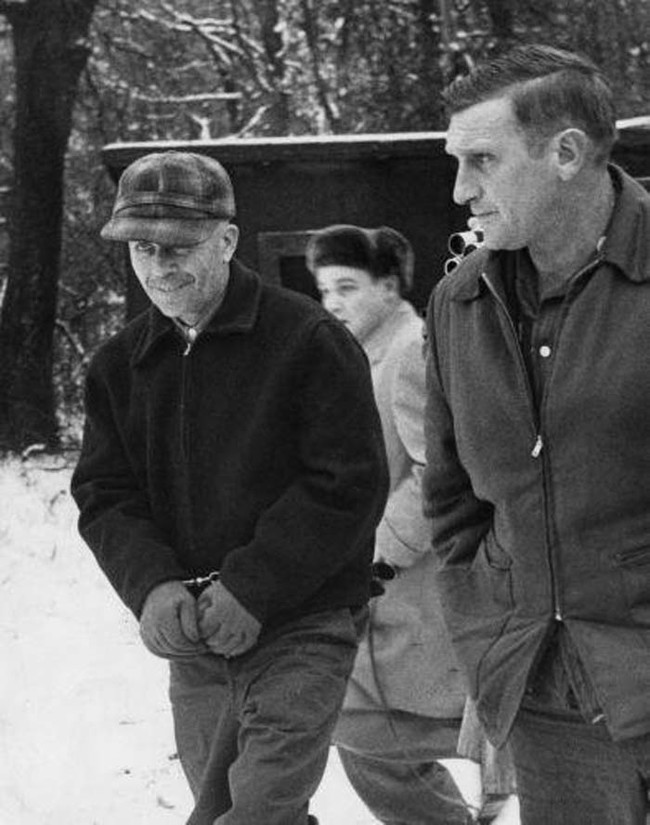 Her death devastated Gein. He boarded up all of the rooms in the house that had been used by his mother. This included all of the upstairs and the living room. Gein spent the rest of his life in his mother’s house living in a small room off of the kitchen. For the next 12 years, no one expected anything much from Gein. He worked as a handyman and farmer during this time. However, in his private life, he was up to something much worse.

In 1957, a local business owner went missing. Bernice Worden ran the town hardware store, and Gein was one of the last people to buy something before her disappearance. Police arrived at Gein’s house to investigate, and what they found was a house of horrors. 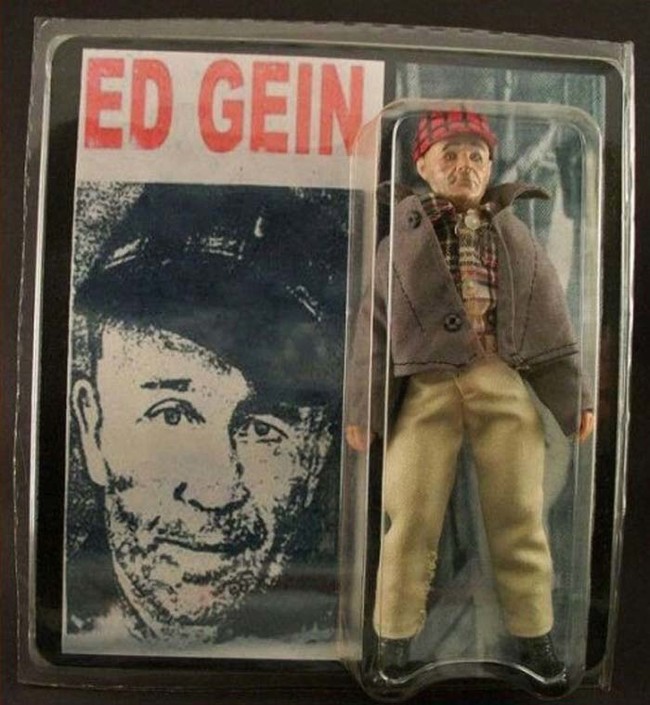 The first thing they found was Worden’s body strung up in a shed. She had been decapitated, hung upside down, and gutted like a deer. According to police, Worden was (thankfully) dead prior to the mutilations.

While searching the house, the police made even more gruesome discoveries… 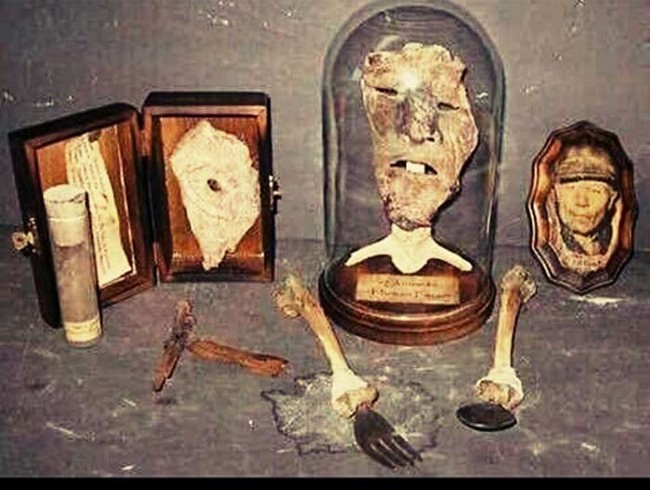 Those discoveries include: whole and fragmented human bones, a wastebasket made of human skin, human skin covering several chair seats, skulls on his bedposts, mutilated female skulls, bowls made from human skulls, a corset made from a female torso skinned from shoulders to waist, leggings made from human leg skin, masks made from the skin of female heads, Mary Hogan’s (another victim of Gein’s) face mask in a paper bag, Mary Hogan’s skull in a box, Bernice Worden’s entire head in a burlap sack, Bernice Worden’s heart “in a plastic bag in front of Gein’s potbellied stove,” a belt made from female human nipples, four noses, a pair of lips on a window shade drawstring, a lamp shade made from the skin of a human face, and fingernails from female fingers. 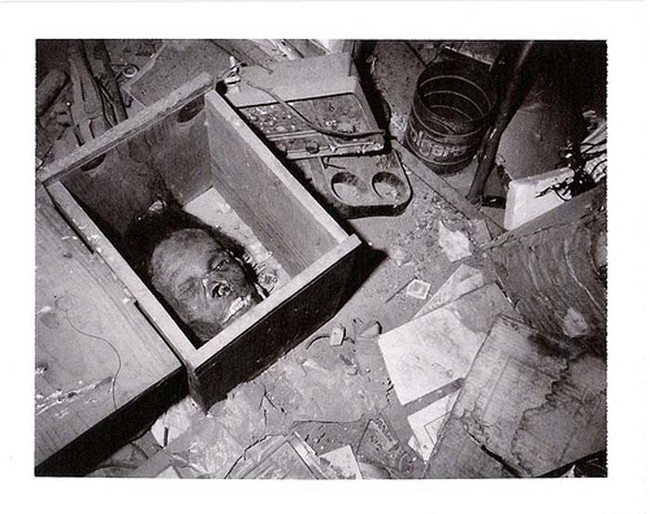 According to police, between 1947 and 1952, Gein made up 40 trips to local graveyards. Once there, he set about exhuming recently buried bodies in what he described as a “dazed” state. Most times, he came out of his daze and left the cemetery empty-handed. The other times, he dug up the graves of middle-aged women who he believed looked like his mother. Gein would then carry the bodies home and use the skin to make horrifying paraphernalia.

Gein admitted to police that not long after his mother died, he began to craft a “woman suit” made from the skin of those dead bodies. He claims he did it so that he could become his mother and quite literally crawl into her skin whenever he wanted. 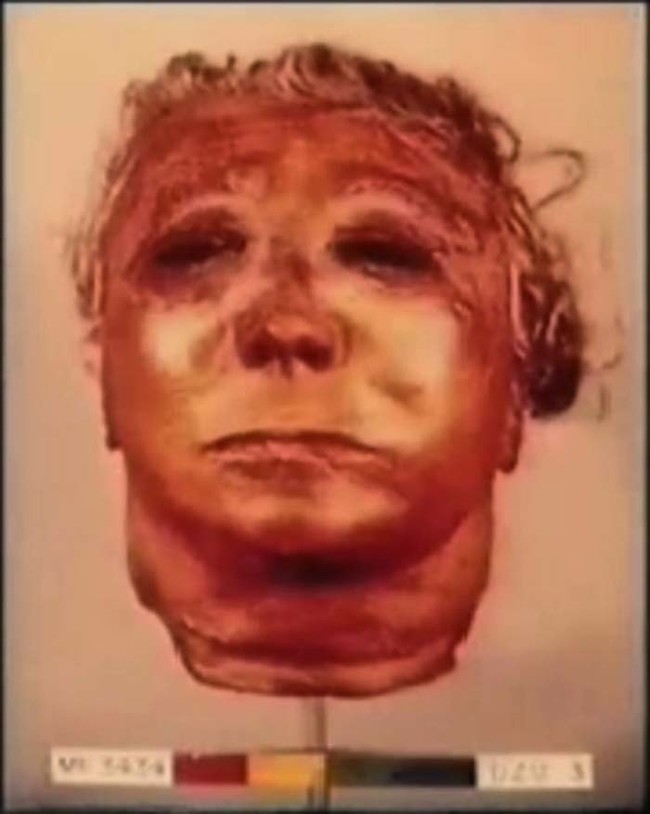 He even created a human flesh mask (pictured above) to go along with the suit. In fact, Gein had multiple masks made out of human skin in his house.

Initially, Gein was not found mentally competent to stand trial for his crimes. He was instead sent to a mental hospital. In 1968, doctors determined that he had become sane enough to stand trial. After one week, the jury convicted Gein of first-degree murder. After the trial, he returned to the mental hospital, where he would spend the rest of his life. 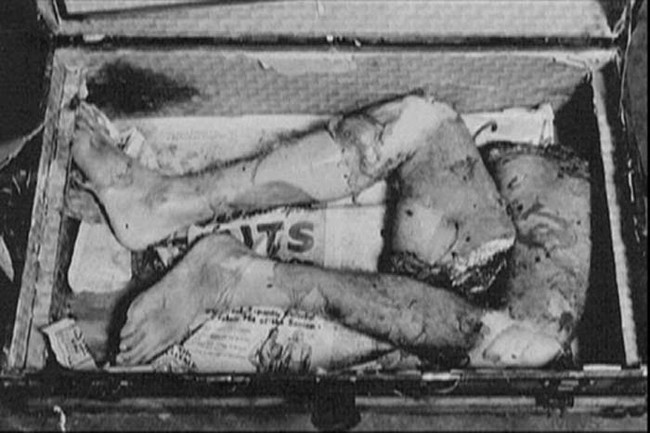 Gein’s twisted story of murder and grave robbing had a huge impact on American society. His story was the inspiration behind the killers in popular movies like Psycho, The Texas Chainsaw Massacre, and the Oscar-winning Silence of the Lambs. 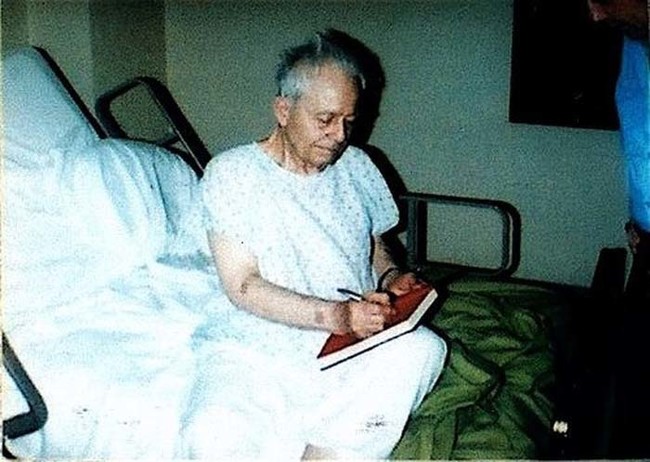 On July 24, 1984, Gein died from complications of lung cancer at 77 years old. In the years since, his grave site in Plainfield Cemetery was frequently vandalized. In 2000, the grave stone was stolen completely, but it was eventually recovered by police. 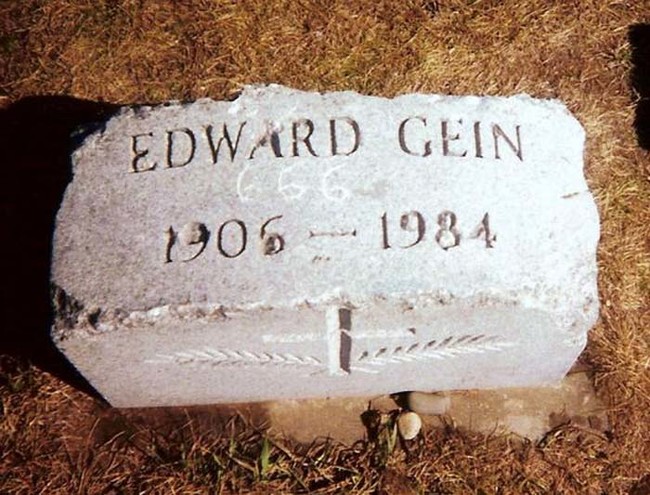 I don’t think the word “twisted” does Ed Gein enough justice. I suppose, on the one hand, it’s good that he was grave robbing instead of mass murdering, but then again, what he did with those bodies is just disgusting.