When These People Saw An Elephant In Need, They Banded Together To Help

Elephants in captivity are often mistreated, beaten, and kept in awful conditions, especially when they’re used for entertainment purposes.

Even those owned by temples aren’t immune to abuse. Many spend their entire lives in chains. One elephant in India was headed to this same fate when it managed to free itself. The 45-year-old elephant named Mullackal Balakrishnan was being transported from Thrikkakara temple to Mullakkal for a festival earlier this week when it jumped out of the truck. Unfortunately, the pachyderm didn’t get very far before it got stuck in a marsh.

Over 200 residents in Kerala, including firefighters and police, started working together to pull Mullackal Balakrishnan out with rope. Veterinarians also injected the elephant with glucose throughout the day to keep it alive. 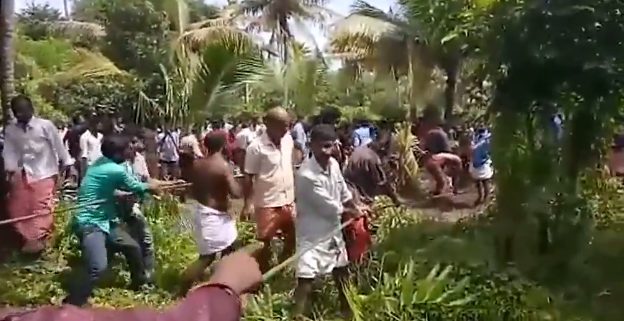 They spent more than 17 hours trying to rescue the elephant before they finally pulled it out. 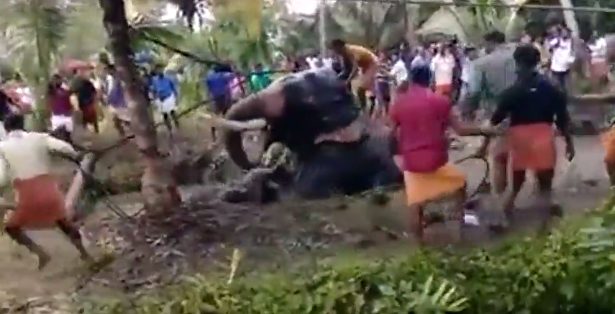 Watch as these kind people work together to save an animal in need.

Deccan Chronicle reports that the elephant is being kept in the swampy area, where it will be given a detailed check up by veterinarians. Where it will be taken isn’t clear yet, but hopefully it won’t be back to that temple.