On Their Own, These Twins Are Perfectly Normal, But Together They Are Lethal

Twins are special people in this world. They have a connection that other siblings do not. Some even create a unique language they use to communicate with each other. The Eriksson sisters were indeed special, but in a dark and frightening way.

Ursula and Sabina Eriksson are Swedish twin sisters that garnered national attention in a series of events that were truly shocking. The pair fell victim to folie à deux, a rare and intense disorder that causes the psychotic delusions of one individual to transfer to the other. Their strange situation and psychosis even led to the murder of an innocent man.

We already told you about the strange rituals of the Silent Sisters, but their cryptophasia seems almost harmless compared to the chaotic anti-logic the Eriksson sisters inflicted on each other. 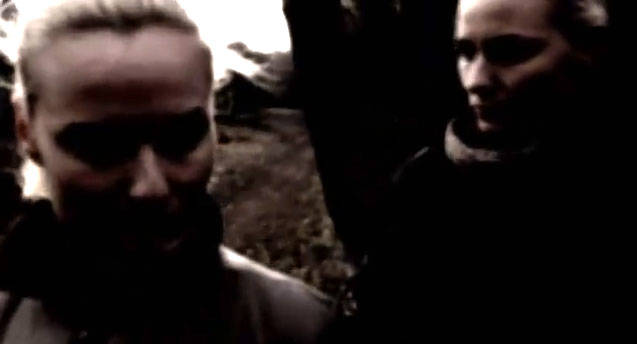 The identical sisters were born in 1967 in Värmland, Sweden. Not much is known about their childhood except that they lived with their older brother and that conditions were poor. Up until 2008, Sabina had been living with her partner and children in Ireland with no sign of mental illness. It wasn’t until her troubled twin came to visit from America that things went off the deep end. Upon Ursula’s arrival, the two became inseparable. Then, they suddenly disappeared. 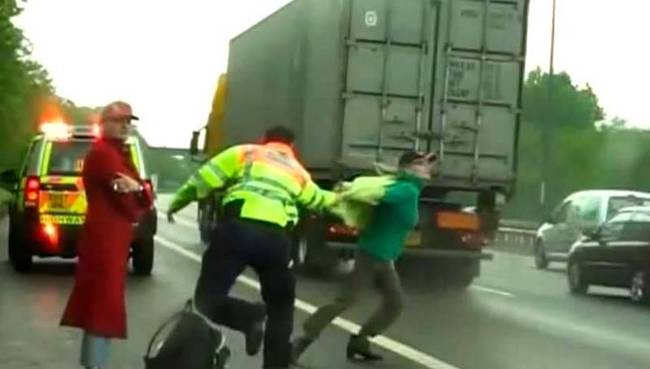 The two traveled to Liverpool, where their strange behavior got them kicked off a bus. They decided to walk down the M6 motorway, but when they started actively disrupting traffic, the police had to step in. “We say in Sweden that an accident rarely comes alone. Usually at least one more follows – maybe two,” Sabrina said cryptically to one of the officers. Suddenly, Ursula ran into a semi that was driving at 56 mph. Sabina soon followed and was hit by a Volkswagen. Both woman survived. 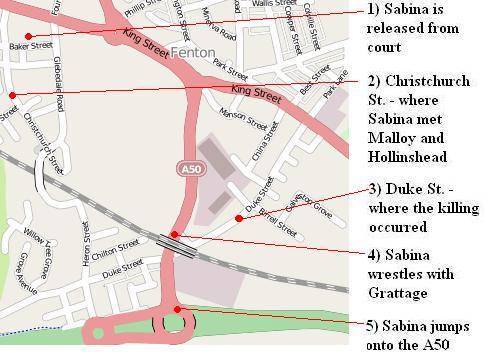 Ursula was rushed to a hospital. After fifteen minutes of unconsciousness, Sabina woke up and was taken into custody by the police. She exhibited normal behavior, plead guilty to charges of trespassing, and was released from prison. Two men spotted her while walking their dog in Fenton. Glenn Hollinshead and Peter Molloy tried to help the seemingly paranoid Sabina and offered she stay at Hollinshead’s house. Sabina agreed. The next morning, after returning with some tea bags for breakfast Sabina stabbed Hollinshead five times. He died of his injuries. 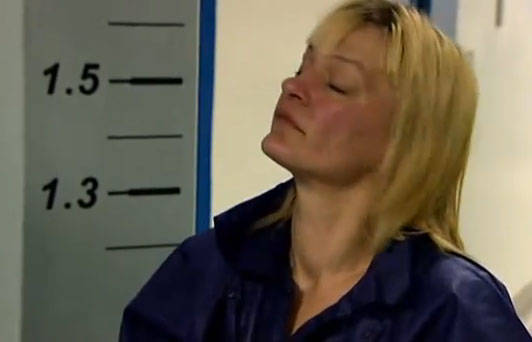 Sabina emerged Hollinshead’s house with a hammer in her hand. She was beating herself over the head with it. At one point, a passing man named Joshua Grattage tried to confiscate the hammer, but she knocked him out with a piece of roofing she had also been carrying. Police and paramedics located Sabina and chased her all the way to a bridge, from which Sabina jumped off, falling 40ft onto a road. She was charged for murder the same day she left the hospital in a wheelchair.

Here is the video from the horrifying day on the M6 Motorway.

Sabina was sentenced to five years in prison and was released in 2011. We still don’t know exactly what caused the twins’ shared hysteria, besides the apparent folie à deux between the two. In a 2008 interview, their brother claimed the two were being chased by “maniacs” that day on the motorway.

Who were these “maniacs”? Did they actually exist, or was this just what the twins told their worried brother out of delusion? Either way, it’s shocking that two women could be in such a state to commit this crime.