She Was Free Of An Abusive Relationship. Then Her Ex Came And Did The Unthinkable.

One of the huge misconceptions surrounding domestic violence is that the people affected can “just leave.”

Often the psychological abuse that person undergoes compels them to stay, and even if they’ve chosen to leave their abusive situation, there can be other dangers. The most dangerous time for a domestic violence victim is when he or she leaves the abusive partner. People who leave abusive situations are at higher risk for physical injury, and even death.

One of the most extreme examples of this is the recent shooting of Meredith Hight and seven others by her estranged husband. Here’s what we know about this heartbreaking case.

Meredith Hight filed for divorce from her husband Spencer Hight in July. She told her mother he had slammed her face into a wall.

Spencer had been venting his frustrations about Meredith on Facebook with memes and comments about her failing to help him.

Meredith was throwing a football-watching party at their home (where Spencer no longer resided). According to witnesses, Spencer showed up at the house and began arguing with Meredith outside.

Christmas eve swag! Snowman scarf is the closest I will get to the real thing this Christmas.. #merryxmas #iheartholidays #letitsnow

That’s when Spencer pulled a gun out and began shooting. He killed Meredith, but his rampage didn’t stop there.

He shot and killed seven other people inside the party, including the person who served as the best man at his and Meredith’s wedding, along with one of their groomsmen.

Police shot and killed Spencer Hight after entering the home and realizing he had taken so many lives.

In the small town of Plano, Texas, so many were affected by the loss of these bright young people. You can read more about their lives here. 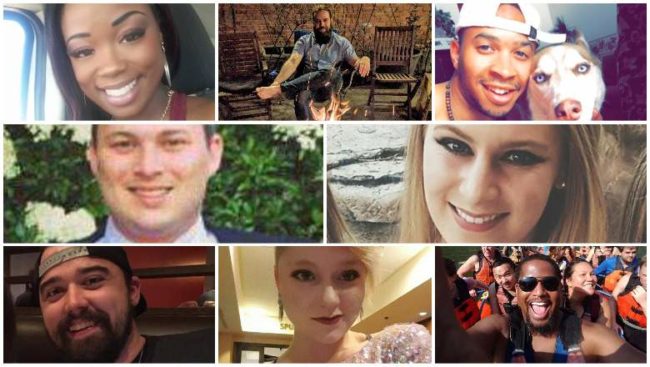 This is a terrible tragedy that shows just how difficult it can be to stay safe in a domestic abuse situation. Rest in peace to all of these beautiful souls, and our thoughts are with their families and friends.