Spring was fully underway for Chuck and Deb Beldo, Sebeka Minnesota but on the day in May they were about to get the biggest surprise of their lives.Not only did they welcome the birth of their granddaughter, but they also welcomed four new baby calves to the farm. 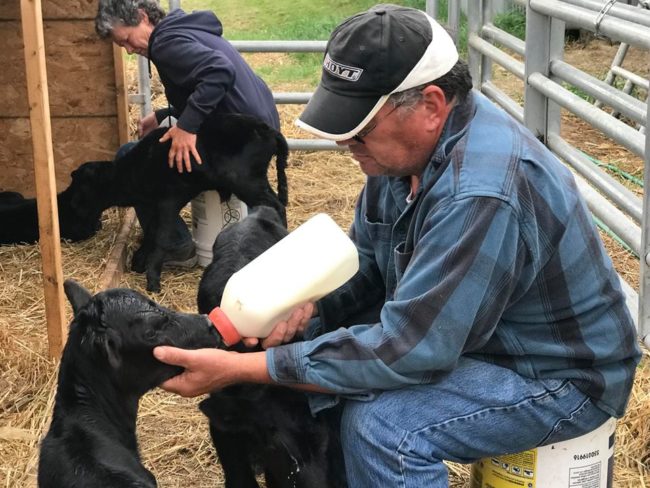 It’s a miracle that all four calves survived.Statistics show that cows that give birth to quadruplets have a one in 11.2 million chance that all the calves will survive the birth.

“I’ve been around cows my whole life, and I’ve never seen anything like it before!”

After a week of keeping a close eye on the quads Chuck was finally at ease and knew they would all make it. 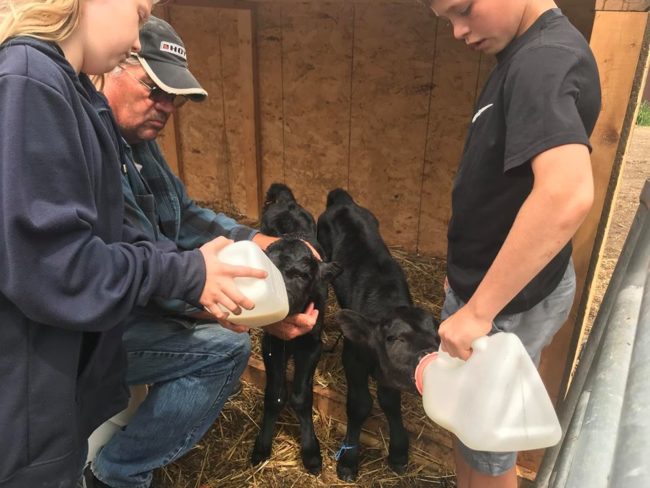 Chuck and Deb had been out visiting their new baby granddaughter when the cow started labor.They weren’t expecting more than one calf.But when two babies came out they were left speechless.

The calves were all black and fairly small for being baby calves.A typical calf weighs between 50 and 70 pounds but the quads weighed around 25 pounds each. 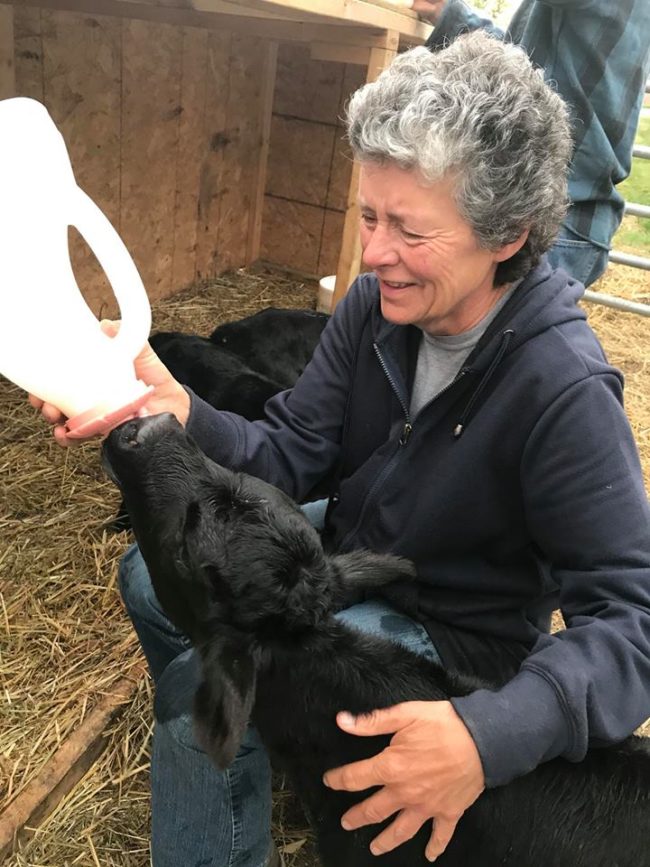 The family has a nick name for them “little teeny tiny peanuts.”

Due to their small size they weren’t able to properly nurse from their mom.So they needed to be bottle fed which meant that Chuck and Deb had to take turns round the clock feeding all four of them just like human babies.

Over the past few day the Beldos installed bottle holders so the calves don’t have to be hand fed anymore. 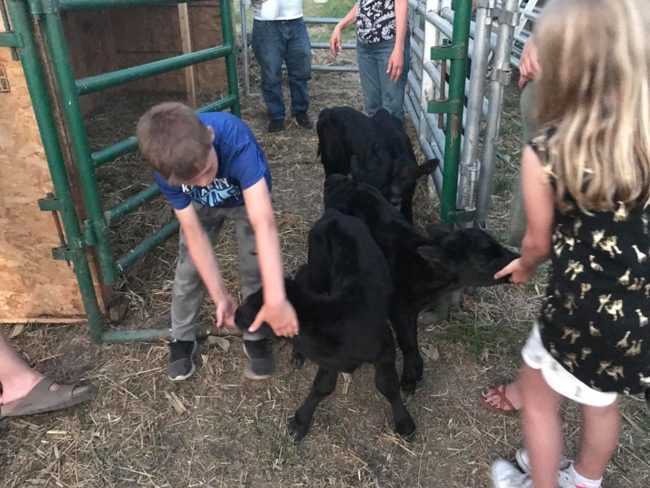 Still, having quadruplet whether human or calves is a lot of work. The neighbors pitched in and created a milk product called bovine colostrum which is what the calves eat now.Deb is thankful to them for helping in that way.

When the Beldos announced the birth on Facebook they received over 80,000 shares around the world which is remarkable. 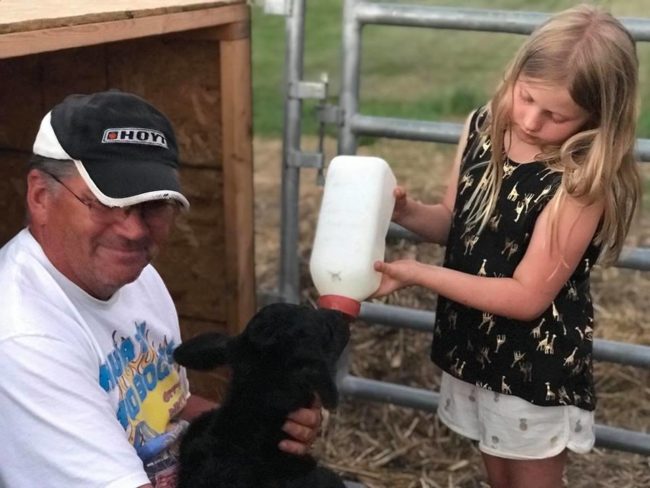 Most cattle farmers don’t waste time naming their cattle but we just can’t help it.People on social media are helping to come up with names for the calves.