When She Lost Her Dad, An Amazing Soldier Took Her To The Daddy-Daughter Dance

In May 2017, Army Sergeant Terrence Hinton passed away in a military training accident in Honoululu, Hawaii.

Hinton had been in the passenger seat of a tractor-trailer truck hauling heavy equipment when the driver, another soldier, lost control of the vehicle. The truck flipped over, tragically killing Hinton. The 36-year-old, who’d served in Afghanistan and Kuwait, left behind his wife, Jillian, and his five-year-old daughter, Cayleigh. They’ve spent the last year mourning, but the support from other servicemen has been amazing — especially when it came time for the kindergartener to attend her school’s father-daughter dance.

Jillian wanted to make sure the dance would still be special for her little girl, so she reached out to the National Guard and asked whether any soldiers would like to be Cayleigh’s escort. First Sergeant Joseph Bierbrodt jumped at the chance, offering Cayleigh pink roses on the big night and asking to be her date. She gladly accepted. 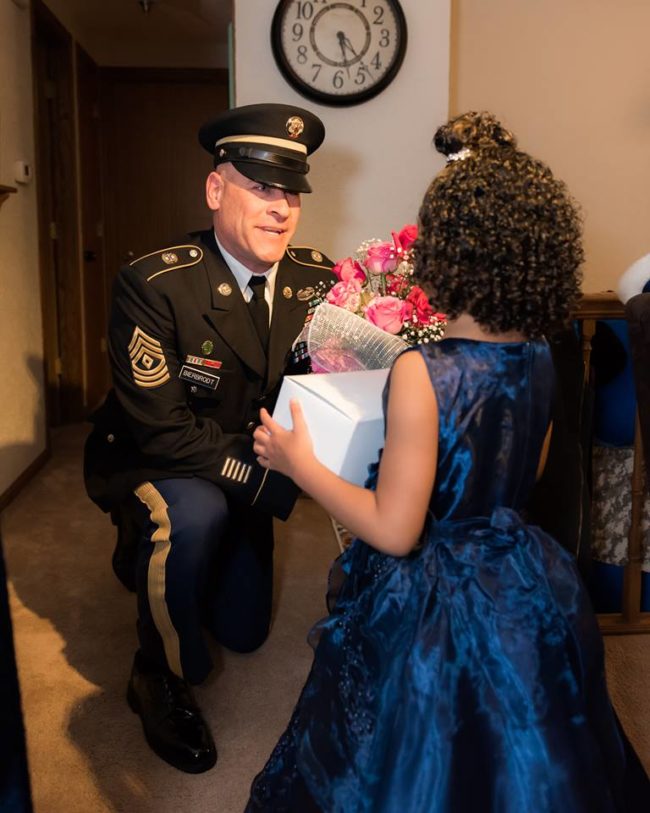 Cayleigh must have felt like a princess in her blue gown and cape as she boarded the limo outside her Illinois home. On their way to Our Lady of Humility School in Beach Park, they were followed by a procession of a veterans’ motorcycle club and members of local police and fire departments. 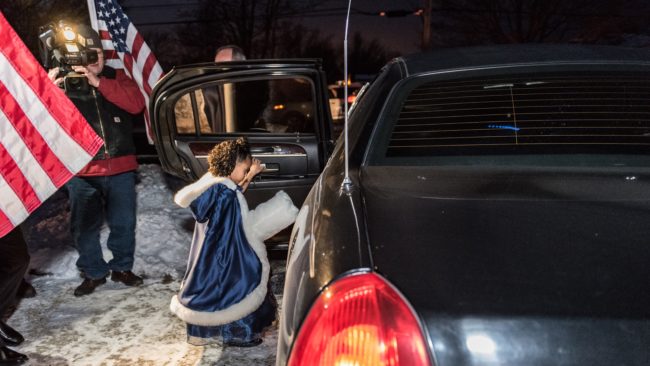 Bierbrodt says he felt it was his duty to make Cayleigh’s night unforgettable. “It wasn’t even really a choice for me. I view it as an honor to be able to do this for her,” he said. 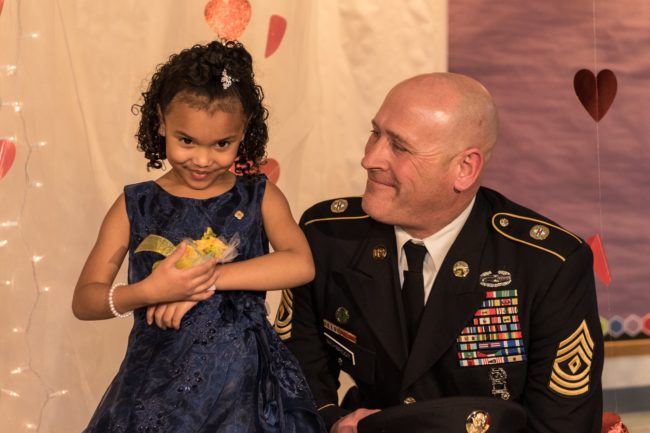 The two had a blast on the dance floor that night. Jillian believes her late husband was there with them. 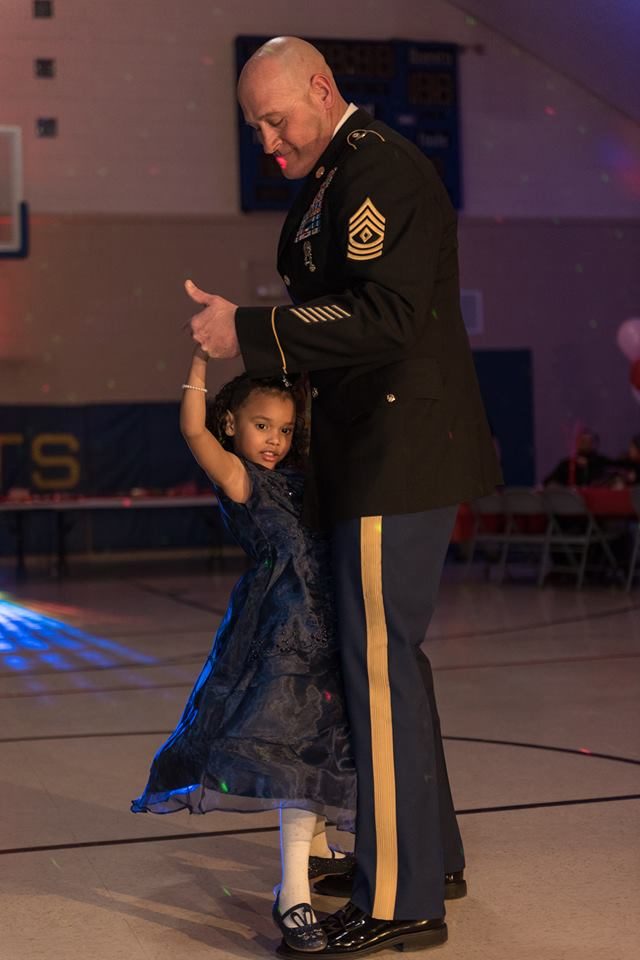 “He’s definitely here in spirit. I heard Cayleigh talking to him while she was getting ready, and I have no doubt she has him with her tonight,” Jillian said.

Though her father sadly couldn’t be there, something tells me Cayleigh will cherish her memories of that night forever. Rest in peace, Sergeant Hinton.