Back in January, zookeepers at the Cincinnati Zoo in Ohio were surprised and very concerned when the baby hippopotamus they were expecting in March was born six weeks premature.

Little Fiona weighed just 29 pounds, and baby hippos are supposed to be between 55 and 120 pounds. Those taking care of her weren’t very confident that she’d survive, but she proved how tough she was when she beat the odds and turned six months old on July 24!

Right after this cutie was born, she received around-the-clock care from zookeepers. People from the Cincinnati Children’s Hospital Medical Center even helped put an IV in her when she was dehydrated. 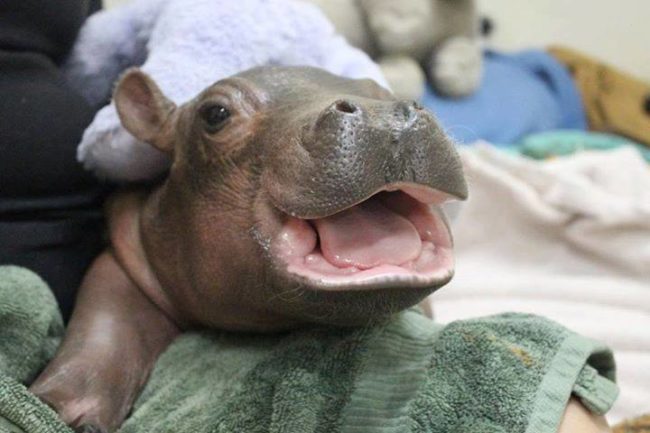 As she got older and stronger, she started learning how to swim (and bite)…

…and her adorable antics made her an absolute star on social media. The zoo’s director, Thane Maynard, is even writing a children’s book about her called “Saving Fiona: Science, Social Media, and the Story of a Baby Hippo.” It will be published on January 22, 2019.

It really isn’t hard to see why when you look at this precious, goofy nugget in action.

Fiona, the baby hippo, makes her first public appearance at the Cincinnati zoo

Seriously, everyone loves her.

While she was working on improving her health, Fiona had been separated from her parents. But last month, she was reunited with both of them! I’d say it went pretty well. 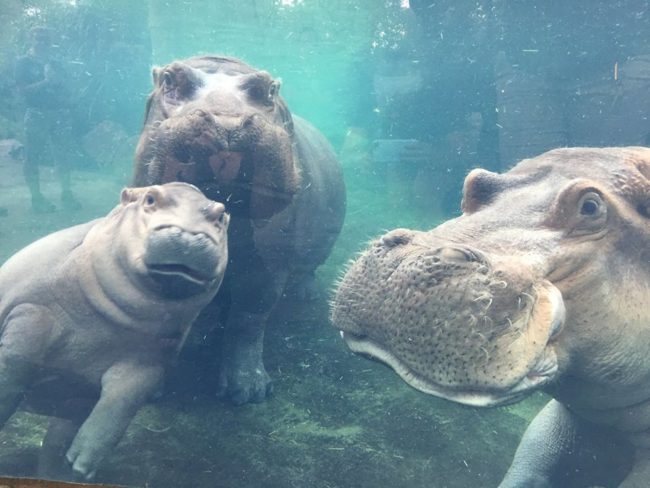 In fact, she puts her sass into overdrive whenever her mom, Bibi, is around.

Is this my good side? Fiona & Bibi go for a swim! 📷😍💦☀️ #TeamFiona pic.twitter.com/RgSSe2rugO

See what I mean?

It’s official! Fiona is the world’s sassiest hippo ever! Here she is inside pestering her mom Bibi while she eats. 💯💕👑😎 pic.twitter.com/6dRXzvDDHL

With all the progress she’s made, it’s hard to believe she started life at just 29 pounds…

Next milestone:transitioning from formula➡️solids so she can currently eat anything that Bibi is offered like grain, beet pulp, 🍎🍌& lettuce pic.twitter.com/8d6AuyJvF5

…especially when you consider that she now weighs in at over 400!

Now I’m really wishing that I lived in Cincinnati so I could visit Fiona all the time! I’m definitely getting her book when it comes out.