On January 3, an apartment building caught fire in Decatur, Georgia, trapping families with young children on the upper floors.

When firefighters arrived at the burning structure, they devised a plan to climb up their ladders and evacuate the occupants through their balconies, bringing them safely back down. But before they could make their way up to help, terrified parents started dropping their children to the firefighters below, afraid the flames would reach them before they could escape.

One father clinging to the ladder at the third-floor balcony tossed his five-year-old in a heart-stopping moment captured on a helmet camera. 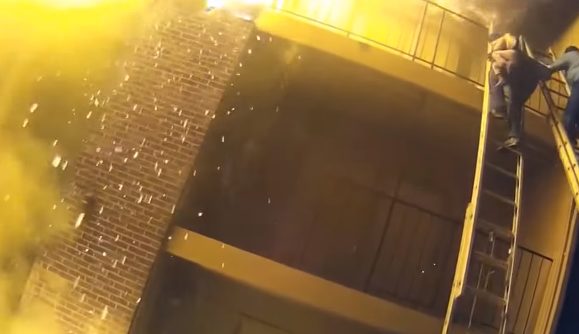 Fortunately, the amazing Captain Scott Stroup was there to catch the child. 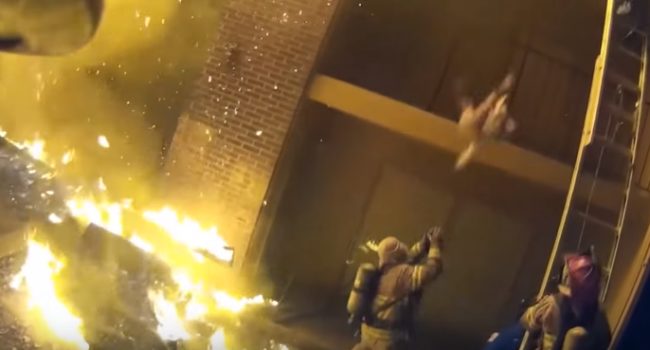 He hadn’t been the only one — Captain Jackie Peckrul says she was midway up the ladder when she caught a four-week-old baby in her arms. The infant had been dropped from a balcony as well. 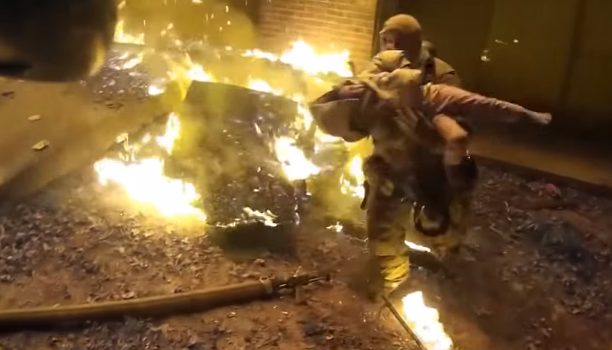 Watch the incredible moment Stroup catches the five-year-old upside down. CNN reports Peckrul made the catch, but it was actually Stroup.

These brave firefighters may say they aren’t heroes, but it’s clear to the rest of us that they definitely are. Thanks to them, everyone survived. Twelve people were injured in the fire, including eight children.