You Think Your Home Improvement Projects Are Intense? You Won’t After Seeing This.

On July 14, 9-1-1 dispatchers received a call about a boat falling into a sinkhole in a neighborhood in Land O’Lakes, Florida.

When firefighters got there, the hole had grown to the size of a swimming pool and was still expanding. It eventually got so large that eleven homes in the neighborhood were initially evacuated. Two houses were destroyed in the process.

In the span of a day, the sinkhole reached over 200 feet across and 50 feet deep. 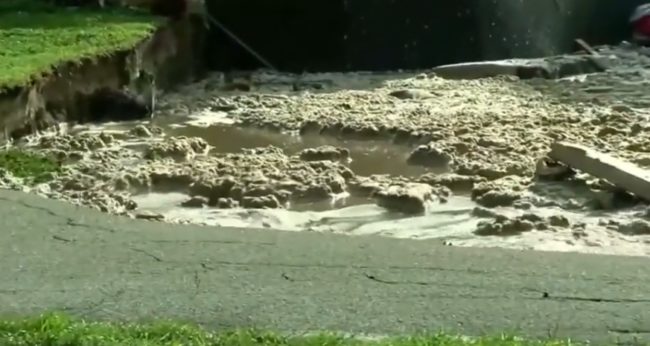 The residents of the first home had already left for work when it began to collapse, but their two dogs were still inside. Fortunately, firefighters were able to rescue them. 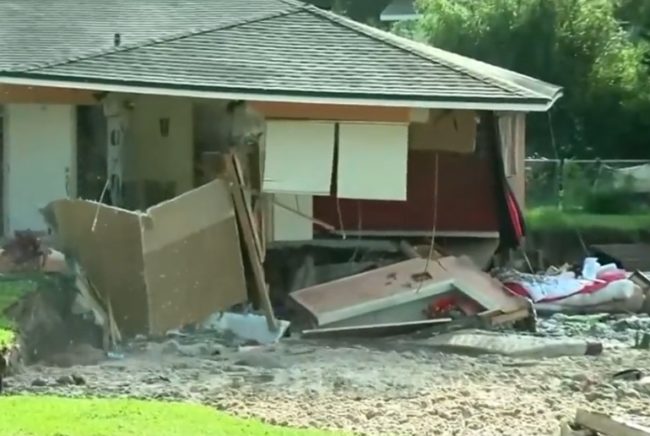 The family living in the second home had been out of the house early that morning. When they came back, the neighborhood was starting to fall into the sinkhole. They were able to get their six dogs out and grab important documents before it fell. 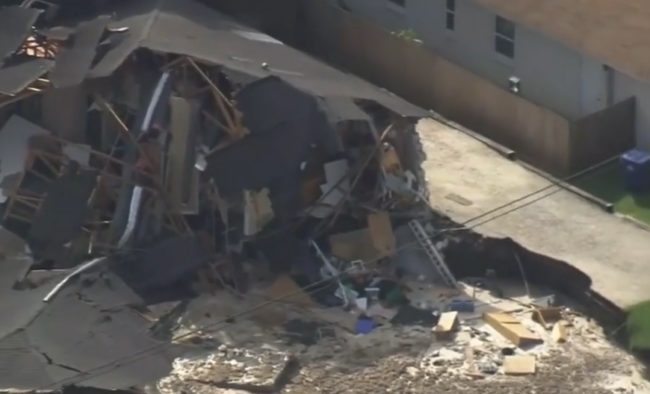 By around 5 p.m., the sinkhole finally stopped growing. All in all, it swallowedtwo homes, a boat, part of a road, and a driveway. Residents from four homes were allowed to return to their houses, but five are still tagged as unsafe. 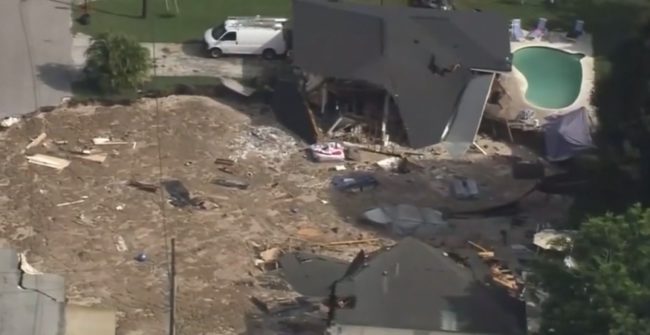 Watch as one of the houses collapses into the sinkhole in the footage below. Thankfully, nobody was injured in the ordeal.

(via Daily Mail and WFLA)

If you’d like to help the residents affected, you can donate to the Land O’ Lakes sinkhole fund by clicking here, texting the word SINKHOLEto 41444, or mailing a donation to United Way of Pasco County, 17230 Camelot Court, Land O’Lakes, FL, 34638. Please share with anyone else who may also want to contribute.