When This Young Man Turned 18, His Foster Parents Surprised Him In The Best Way

For children in foster care, being able to take care of themselves is a very real concern as they get closer to 18 years old without being adopted.

Over 20,000 young people simply aged out of the system in 2015 when states weren’t able to reunite them with their biological families or place them into permanent homes. While a number of states have extended the age of foster care to 21 years old, with some working on transitional programs and living arrangements for older youths to become independent, many children are left to fend for themselves once they are 18. Without any caring adults to turn to when they need help or the valuable life skills needed to be on their own, many become homeless or struggle to survive.

Fortunately for 18-year-old Carson Petersen, his loving foster family didn’t let any of that happen.

Carson was just three years old when he entered foster care after his biological mother took her own life. He spent 13 years in and out of the system before Tex and Renee Petersen took him in as their foster son. 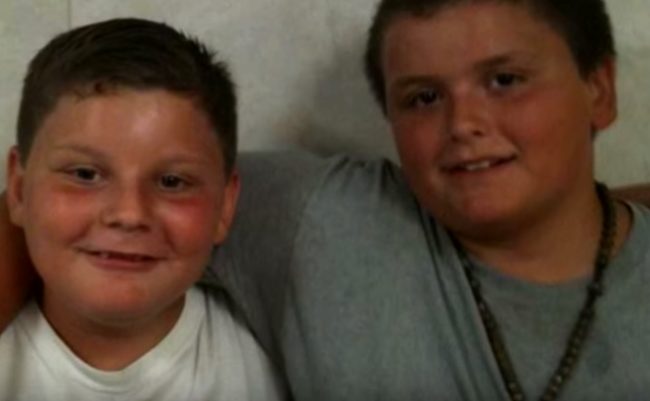 As a teenager, he was failing all of his classes at school and experimenting with drugs and alcohol. But he says being with the Petersens for the past three years has changed all of that for the better.

Now he’s a senior in high school with great grades and is full of confidence he never had before. And just last month, his foster parents gave him the best surprise of his life with the help of this judge. 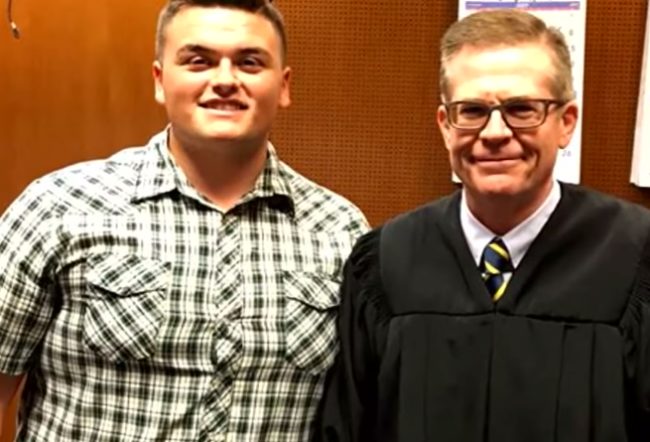 After Carson turned 18 years old, the Petersens, who always thought of him as their son, made it official and adopted him. Learn more about this wonderful family below.

It would be amazing if every child in foster care could have the same happy ending as Carson got. We wish him the best of luck as he enjoys his new life and family to the fullest!