As we grow and mature, we develop a mental filter that helps us decide whether or not to keep certain thoughts to ourselves.

And as anyone who spends a lot of time around children can attest, kids don’t have one quite yet. If you’re a mom or dad, you probably have countless cringeworthy memories of your little ones saying the most brutally honest and embarrassing things in public. You know, the kind that make you want to crawl under a rock and never come out? Even when they’re trying to do something nice like write a card to their teachers or loved ones, they still manage to be just a bit too blunt, as evidenced by the hilariously “thoughtful” messages written by the 20 children below. 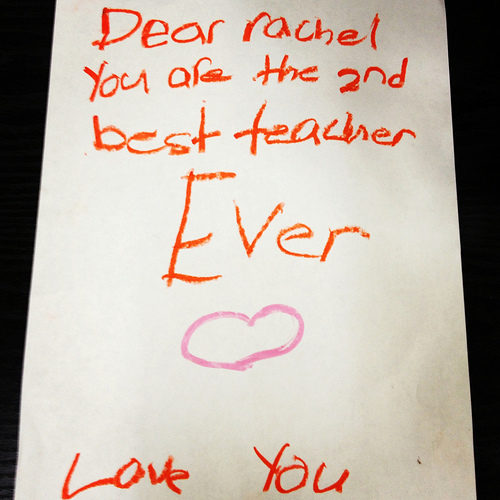 2. “In the hospital with pancreatitis, this is the get well soon card my daughter drew for me.” 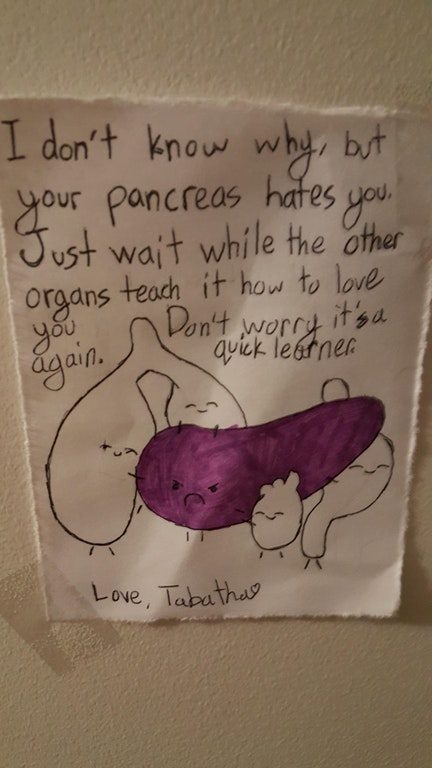 3. “Valentines day card from a student.” 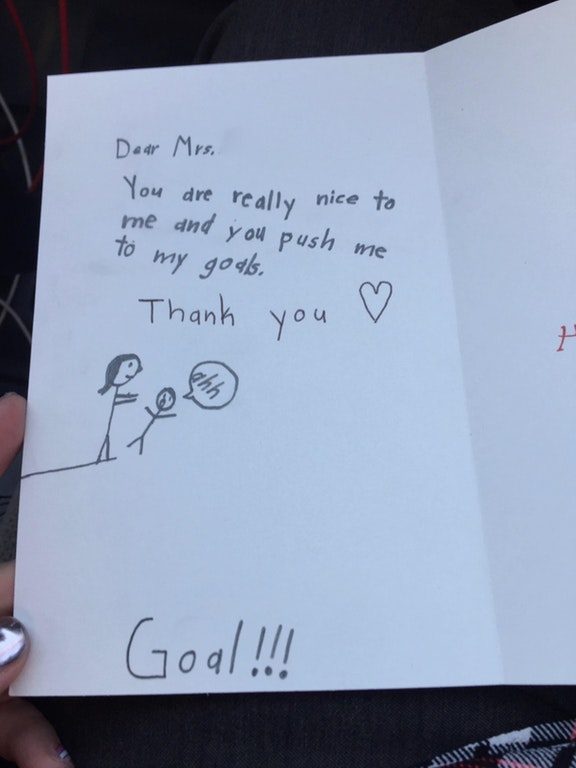 4. Way to make them feel special on their birthday, kiddo. 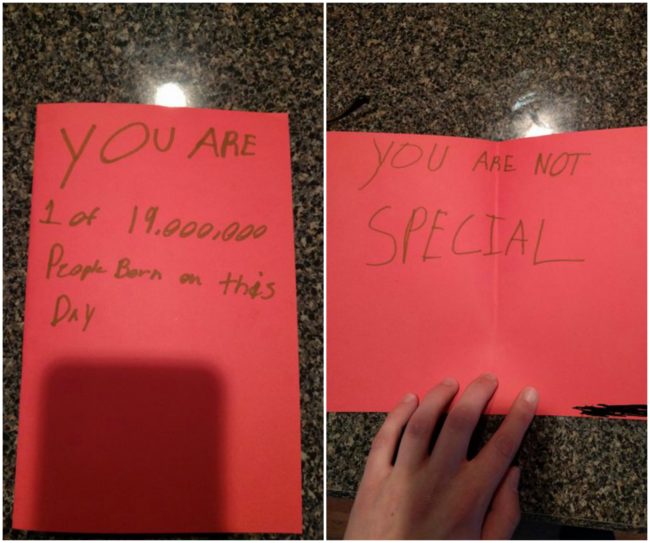 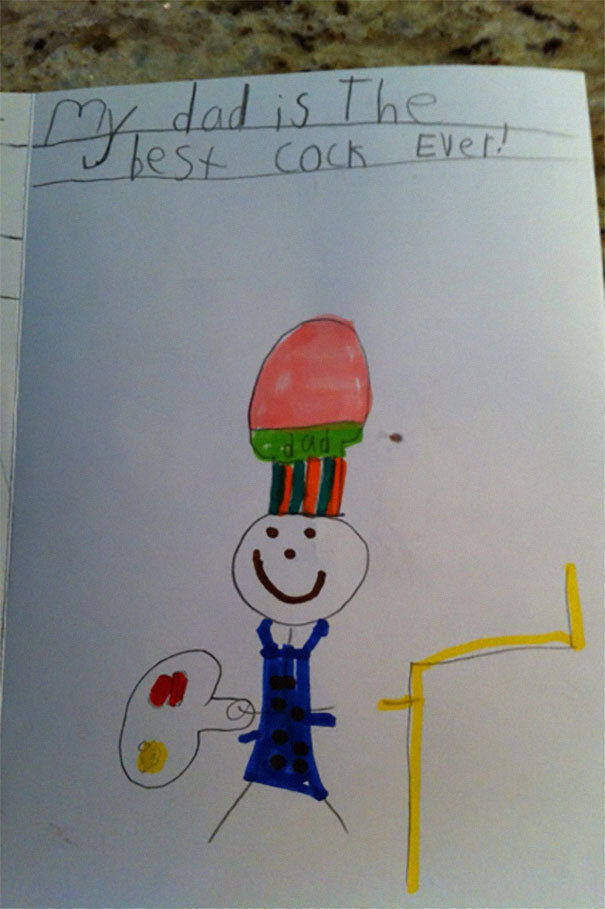 6. “A single friend’s student drew this picture for her…” 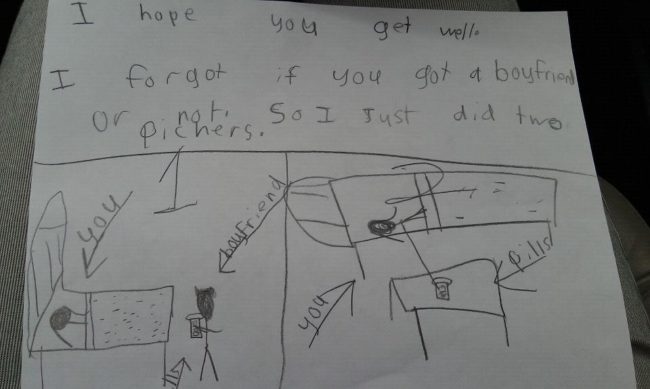 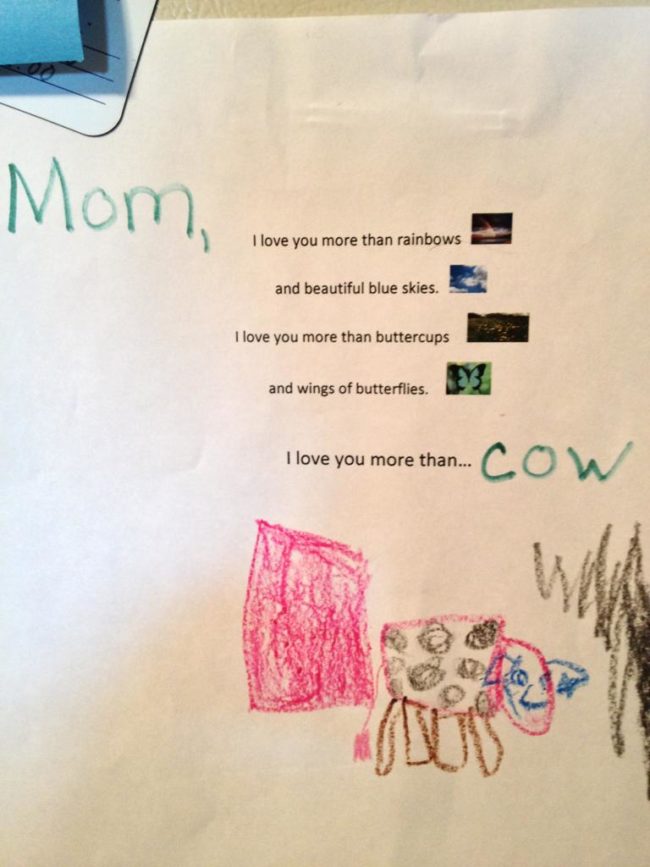 8. “My cousin babysits a child who is not very fond of her. She found this letter in his room, he left it on his desk. (Her name is Valerie).” 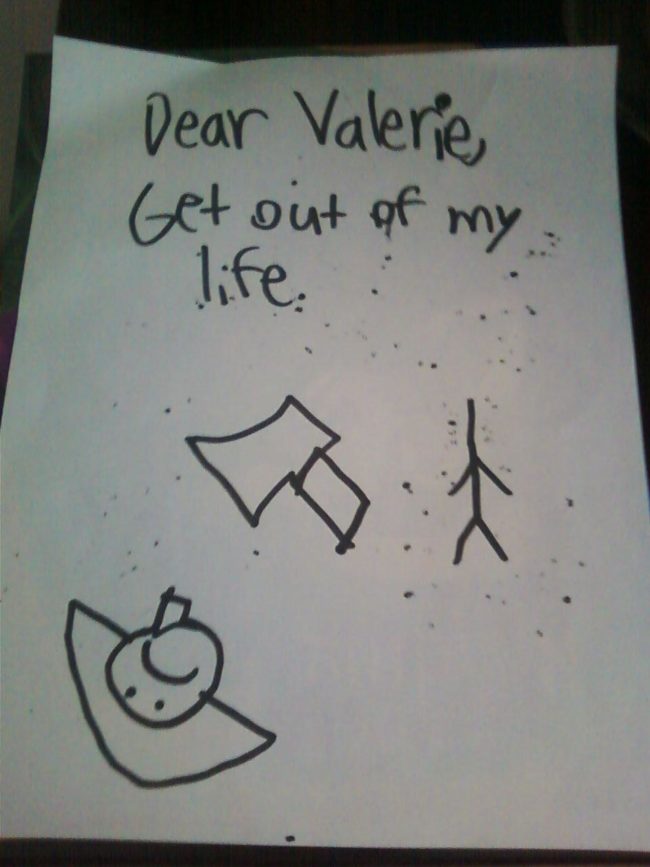 9. “My wife works at the VA where school kids dropped off cards. The elderly vet that got this one responded: ‘I’m not dead yet!'” 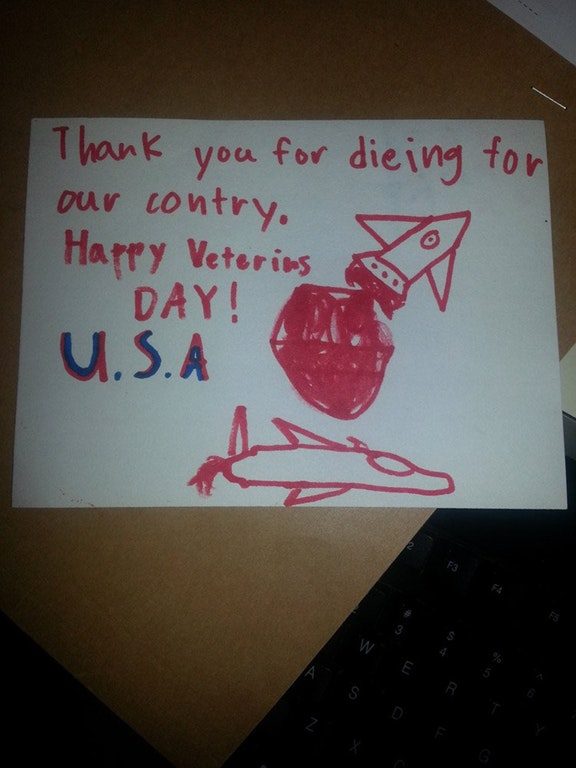 Unpacking boxes from moving and I found this note I wrote my mom one #mothersday. Hahaha. #flashbackfriday #meanmom #kids 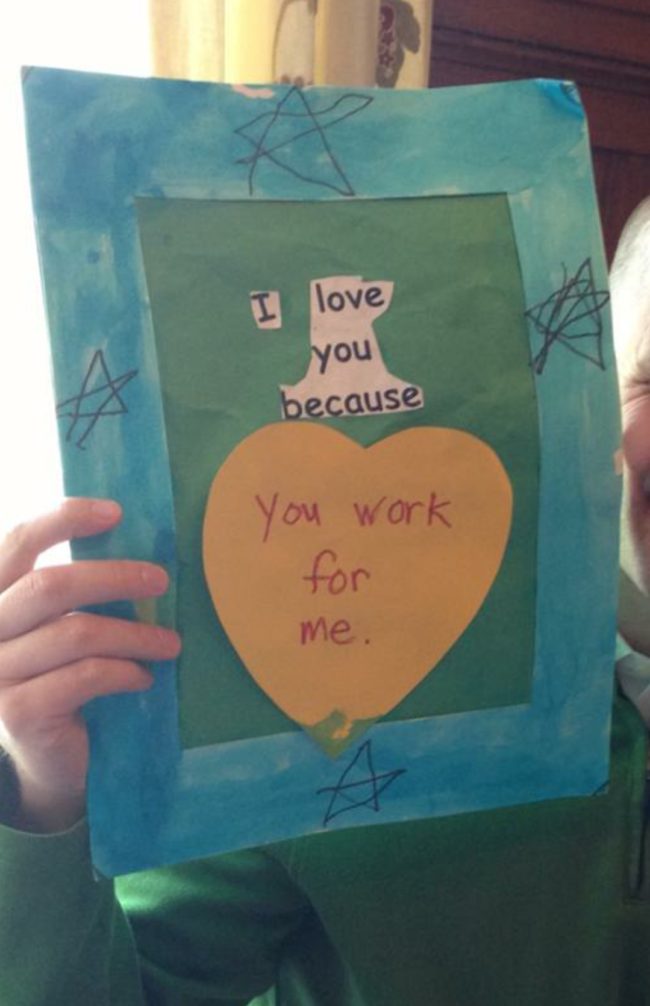 12. A little Voldemort in the making! 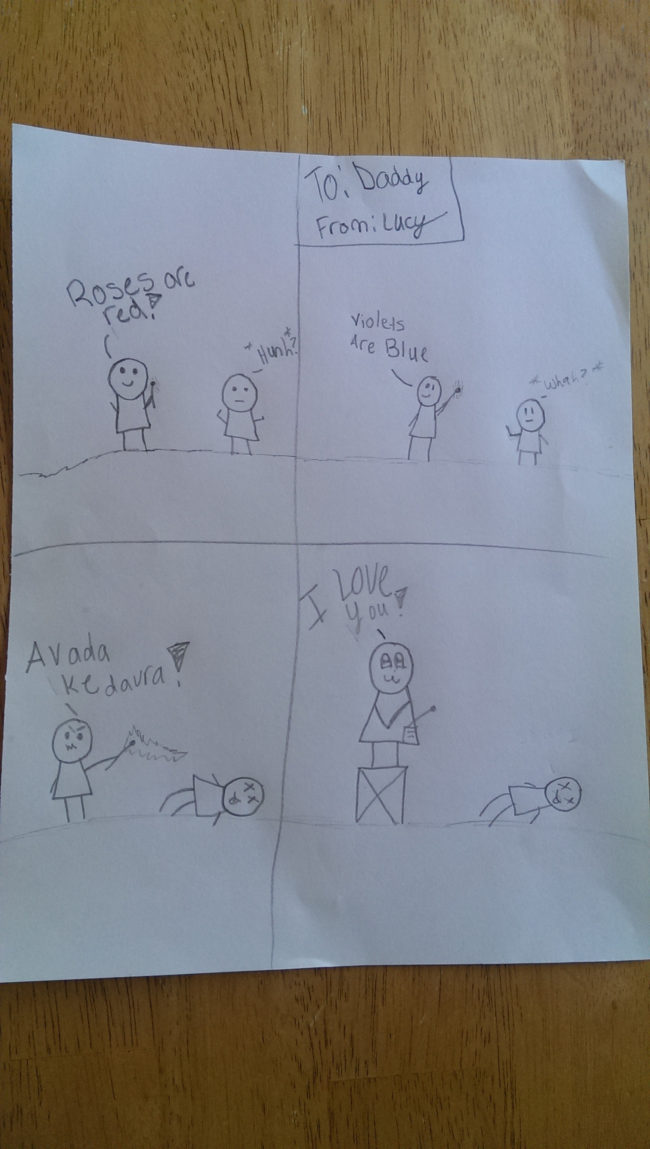 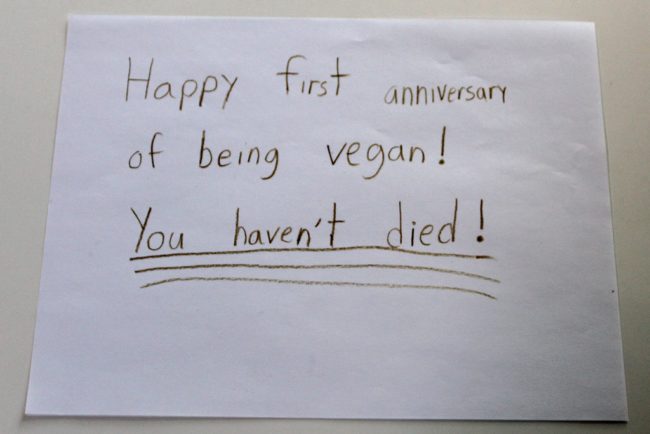 14. You might want to lock your bedroom door, Mom and Dad. 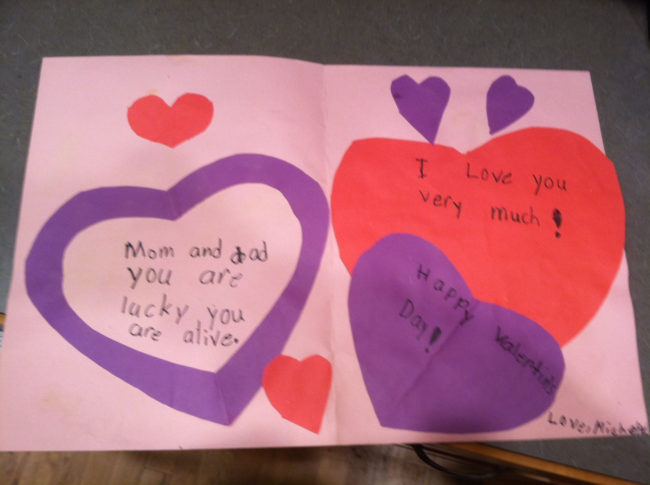 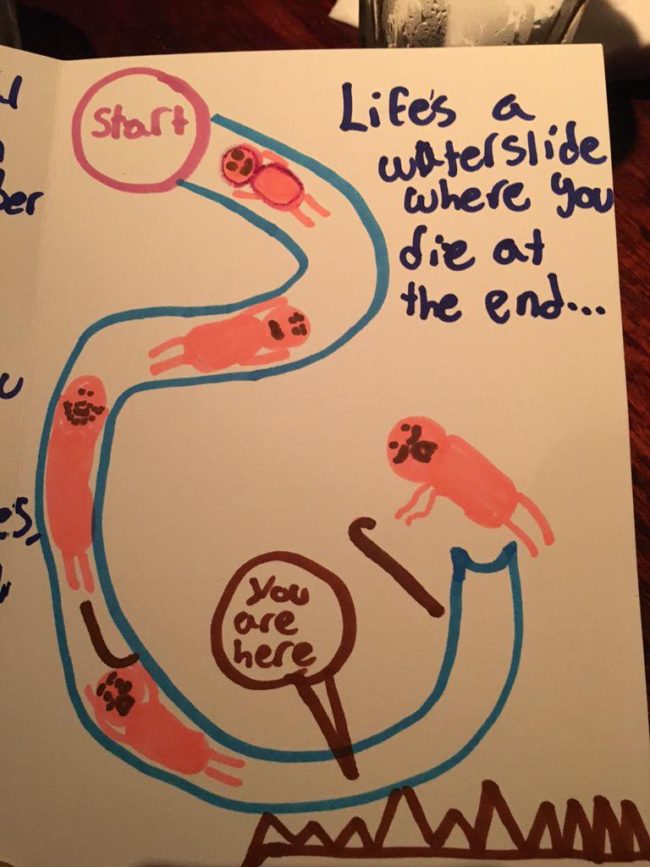 16. “My best friend is an elementary school teacher. Her students are writing postcards to veterans.” 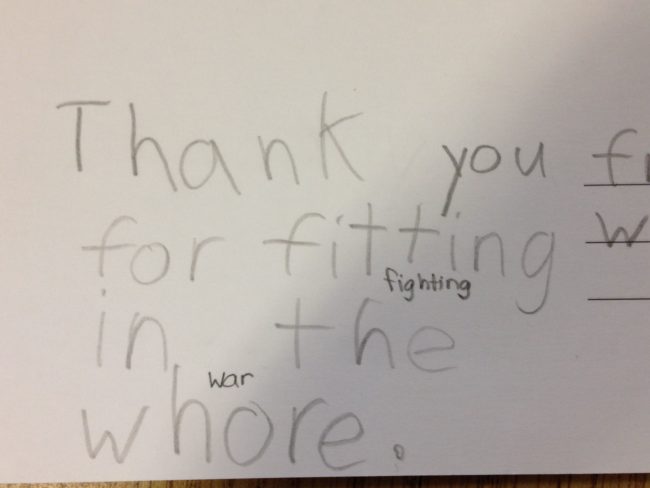 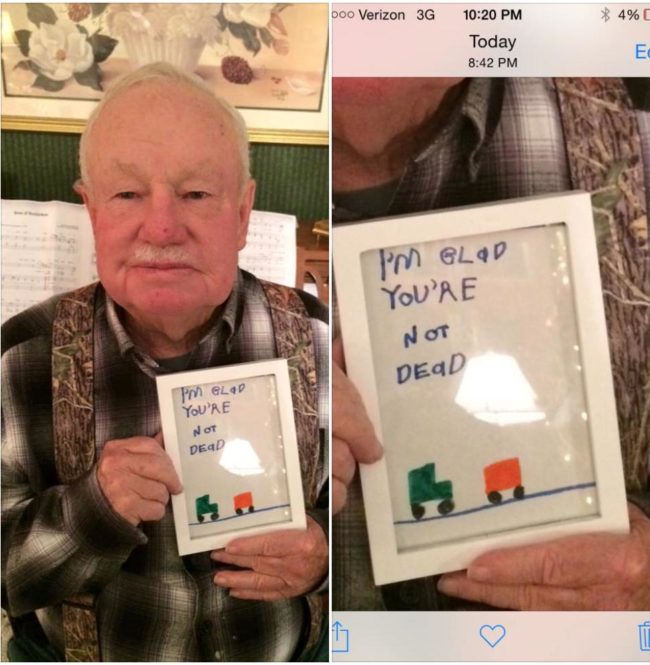 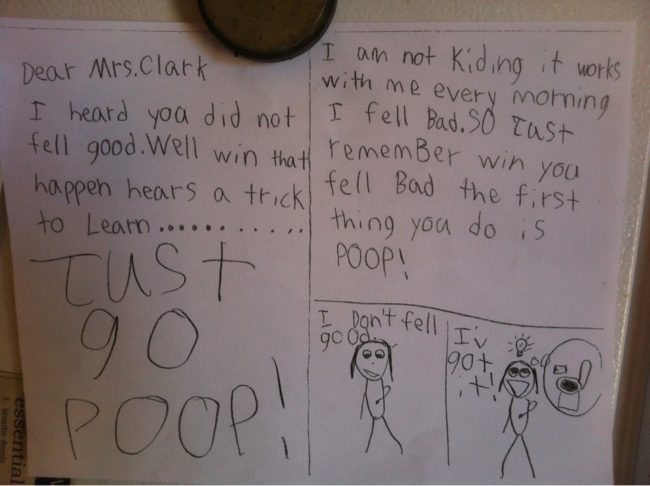 19. “My young niece and I send each other funny cards in the mail sometimes. Her latest one really cut me deep.” 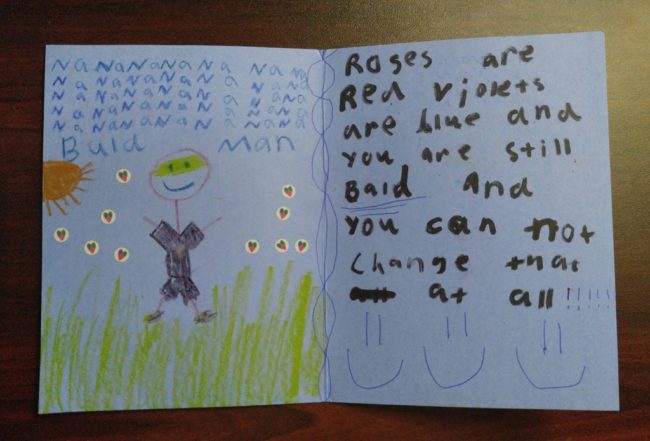 20. “As if being deployed for Valentines Day isn’t bad enough…Thanks, Donovan.” 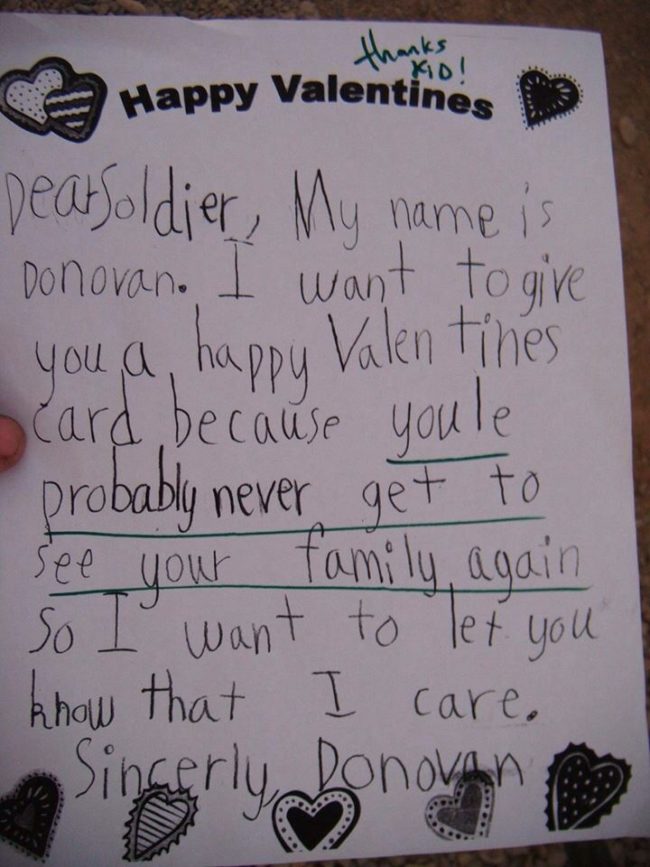 Kids. They sure are adorable, but damn if they don’t wound us with their words.