That’s why on-ride cameras exist — to memorialize all the terrified, funny, and distorted expressions on passengers’ faces as they reach the fastest, most intense parts of the ride. These entertaining (and often embarrassing) photos have become so popular that some go out of their way to make them even more memorable, including sneaking in props and staging elaborate scenes.

We have a mix of candid and contrived shots for you today, all of which capture the hilarity that ensues from boarding a roller coaster ride.

1. “Friends and I made meme masks for Disney’s Splash Mountain’s photo.” 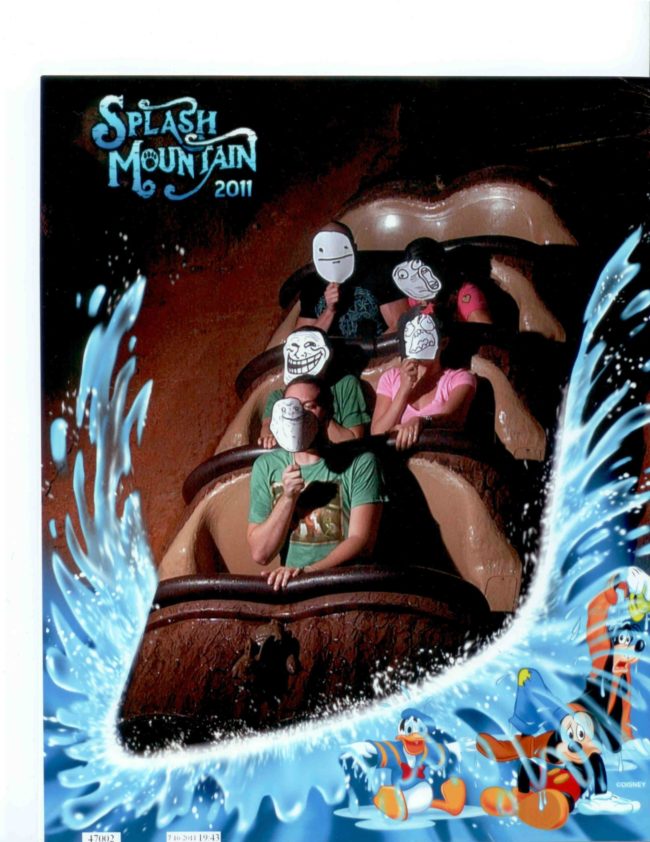 2. Lindsay’s the one grimacing in the front. Oh, and by the way, she said yes. 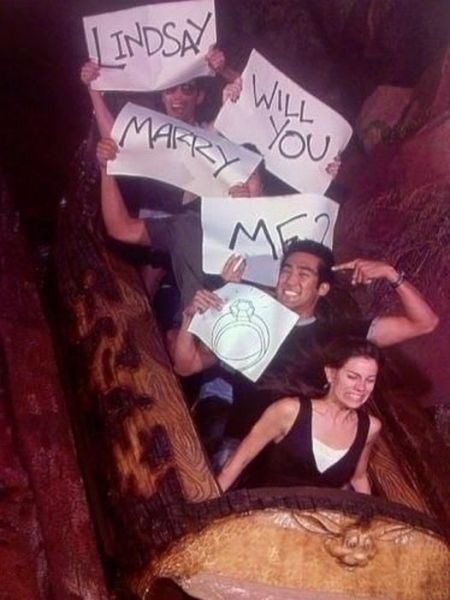 3. “My girlfriend and her sister wanted to look casual on the roller coaster. Totally understand why they paid $10 for this pic.” 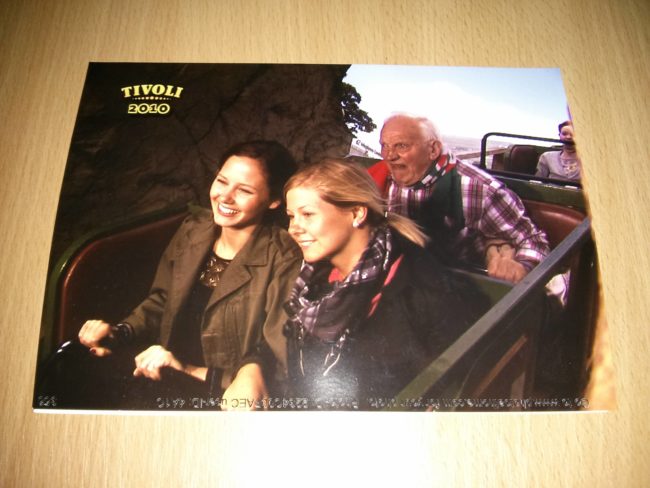 4. “Every year my friend does a ‘silly picture while on a roller coaster’. This year was by far his best.” 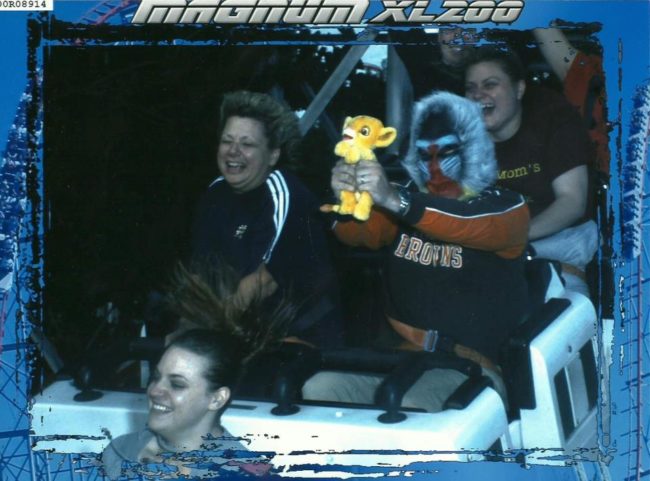 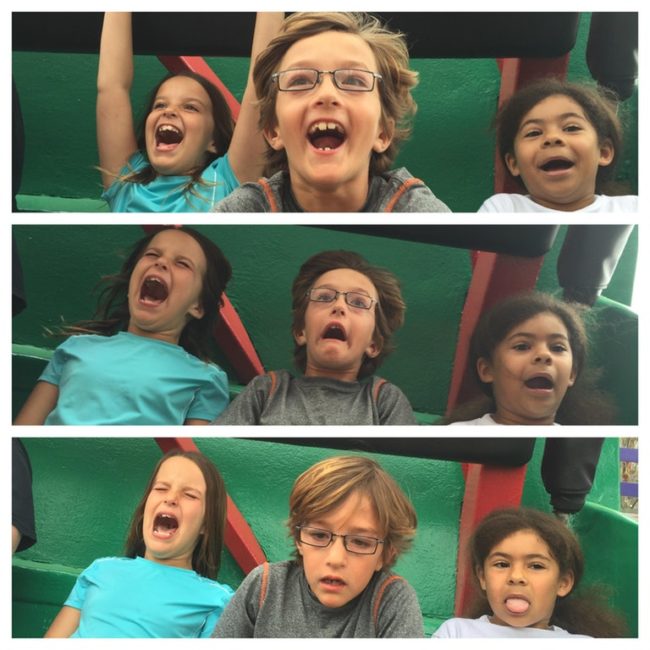 6. That’s not dangerous at all. 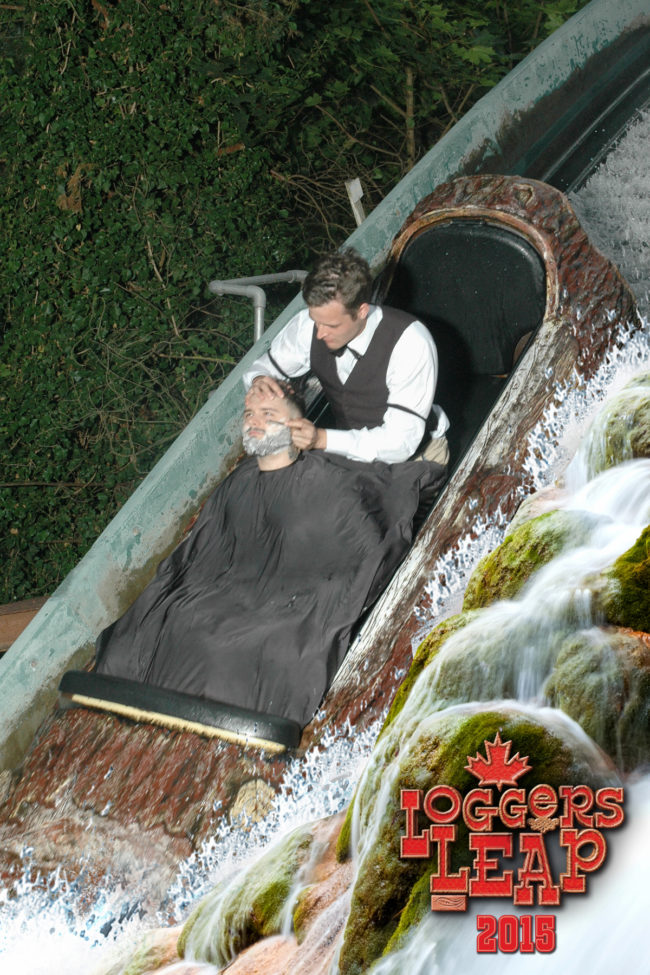 7. “Keep arms and legs inside the roller coaster.” 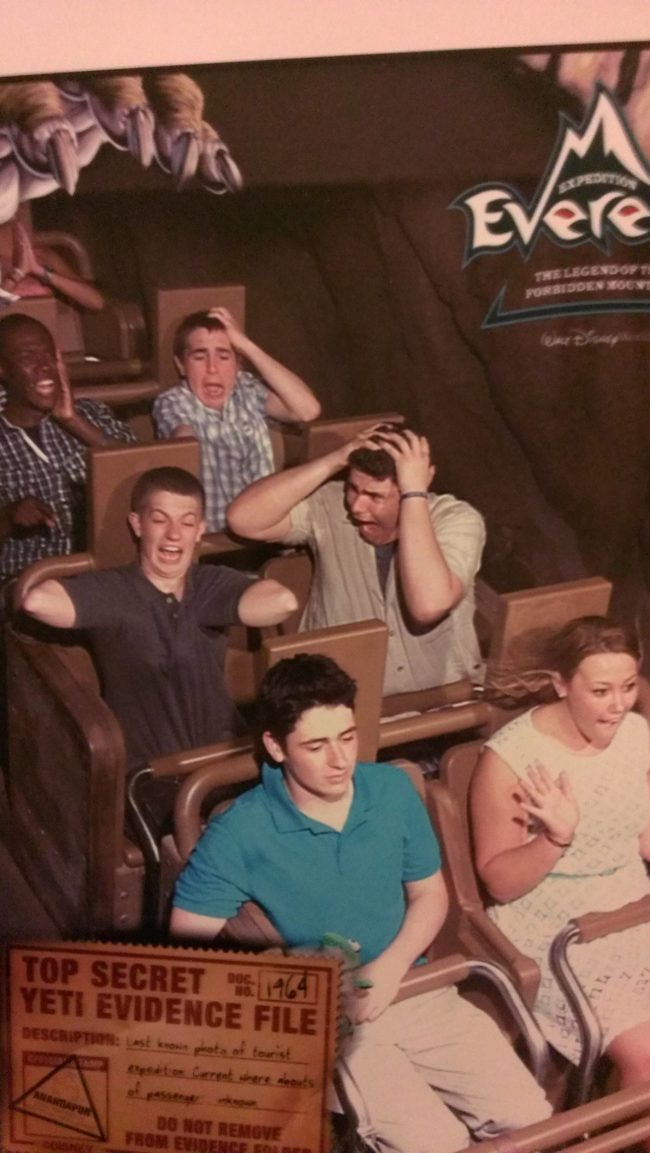 8. “Wife didn’t know Splash Mountain had a drop at the end.” 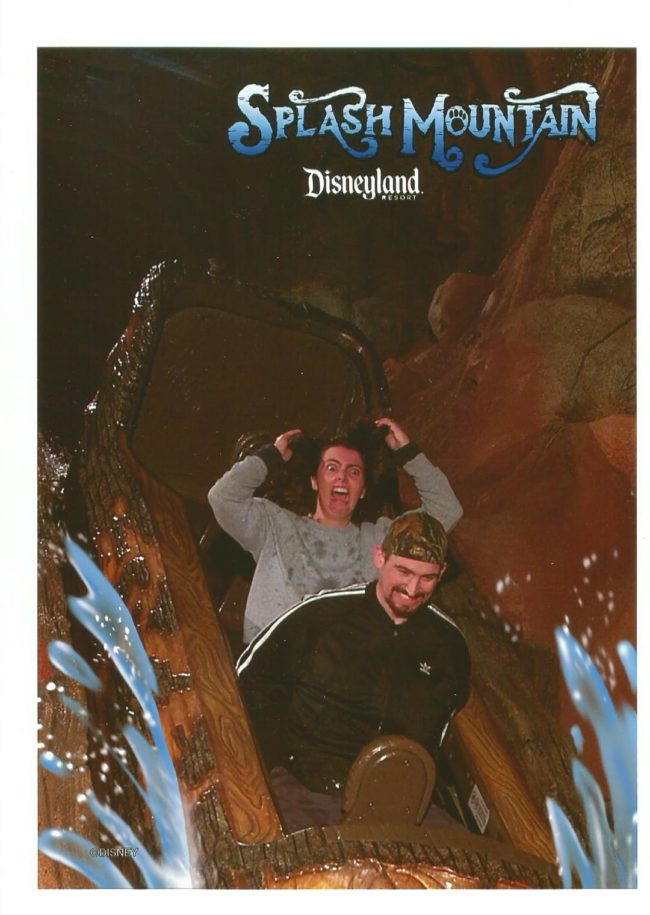 9. “My boyfriend and his friends have been pretending to be body guards for one of their choir mates all day in Disneyland. This is them at Splash Mountain.” 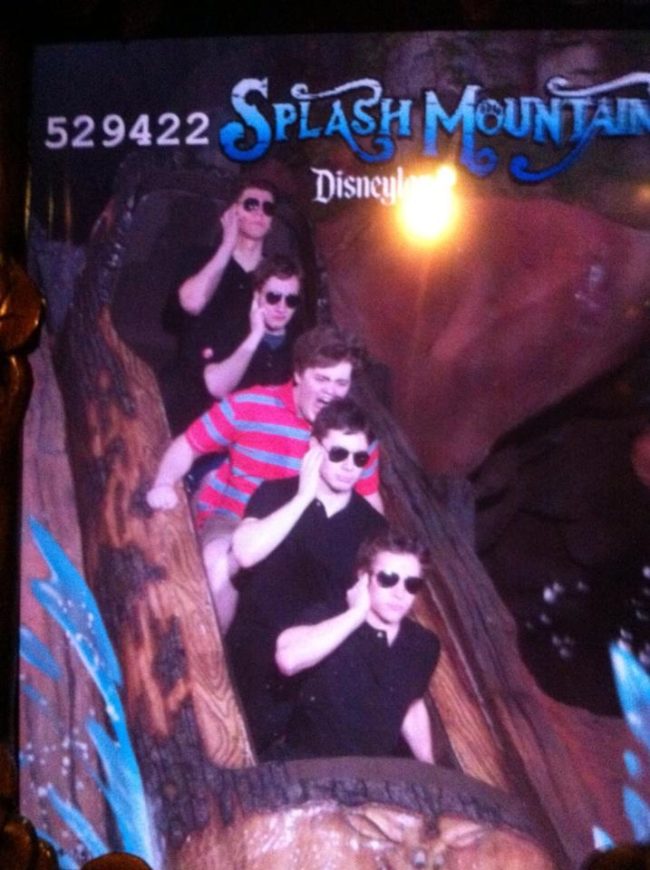 10. Disneyland’s as good a place to come out as any. 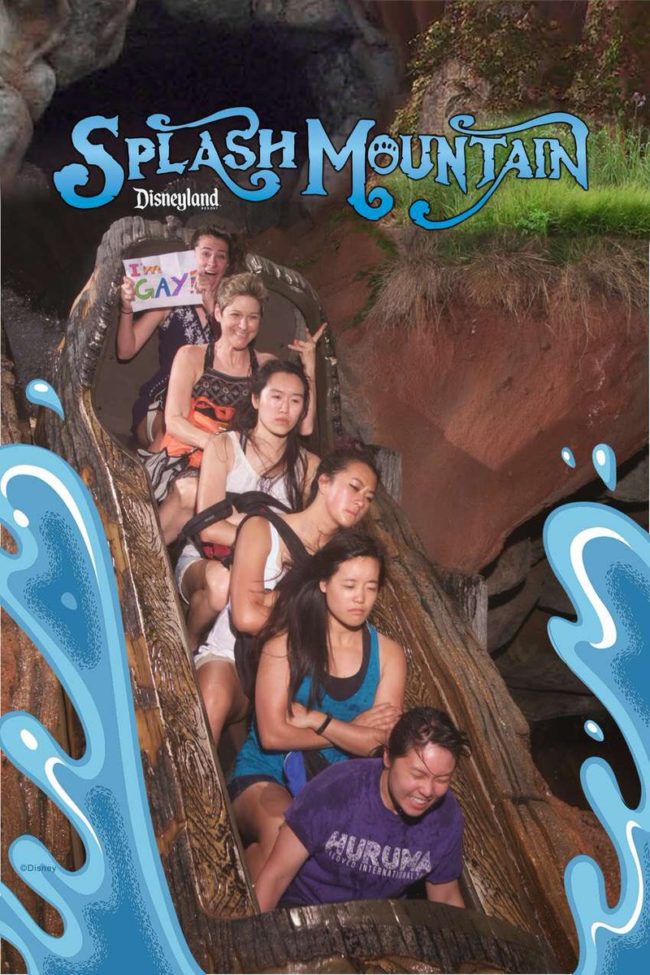 11. “Took my girlfriend on her first roller coaster ever. I think it was a success. She’s 23.” 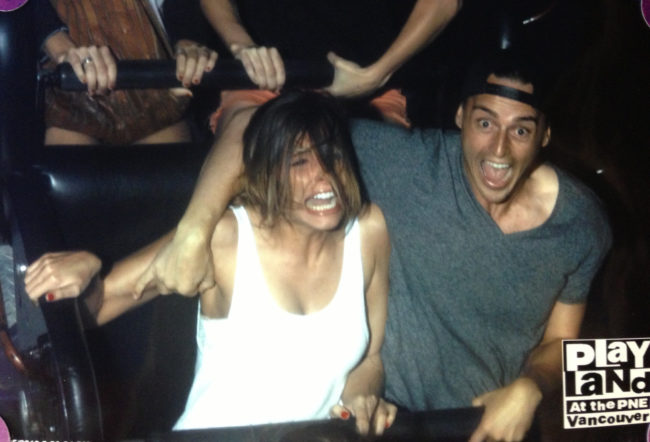 12. “Wife got a little perturbed that I wouldn’t accompany her on the ride.” 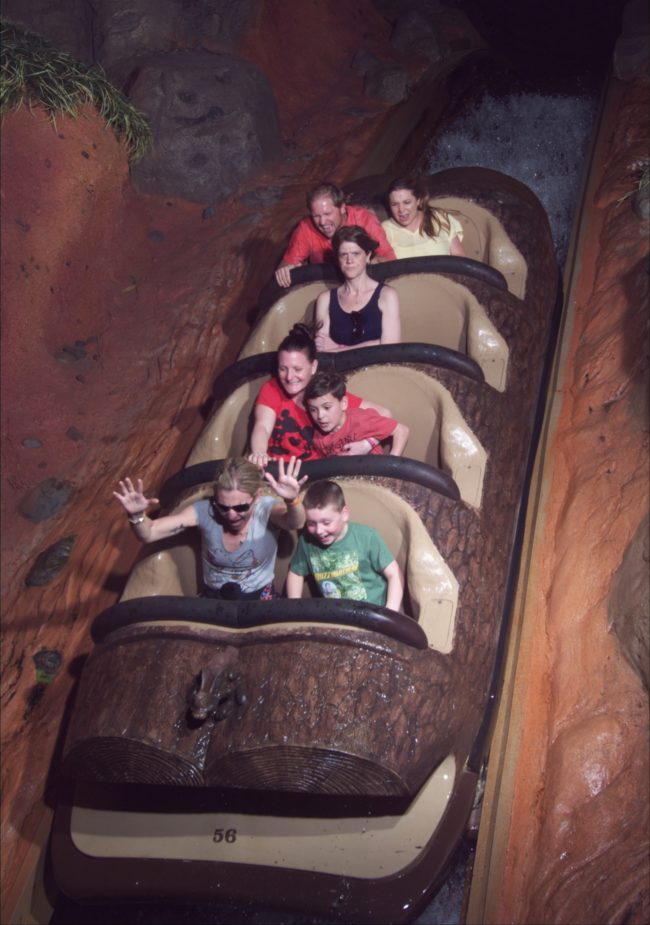 Who remembers Matt’s first roller coaster from 2015? Well, picture number two is two years later 🤣 and the third is how he really feels about it. Boys had a blast at Family Days! #rollercoasterface #scarednotscared

14. “A friend (front left) lost his keys in a rollercoaster at the perfect moment. [Guy on] far left caught it mid-air.” 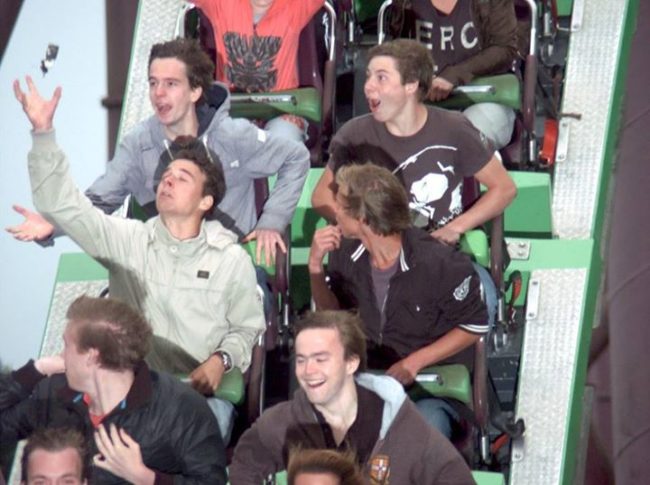 15. “Don’t mind the rollercoaster. Tell me about you.” 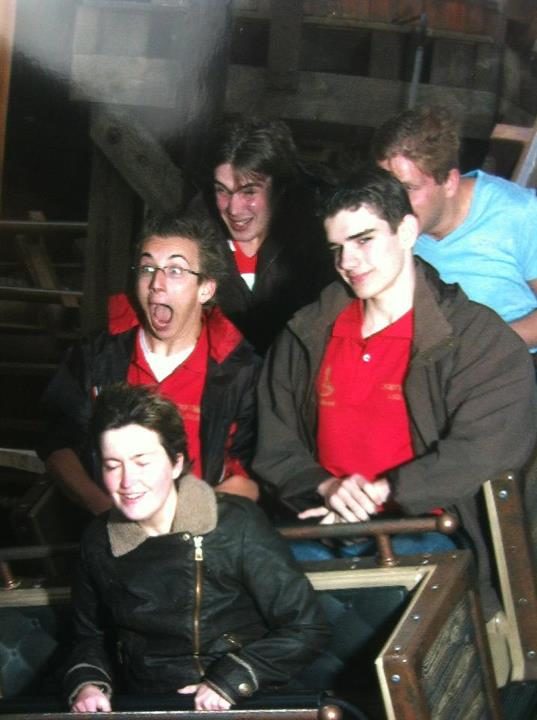 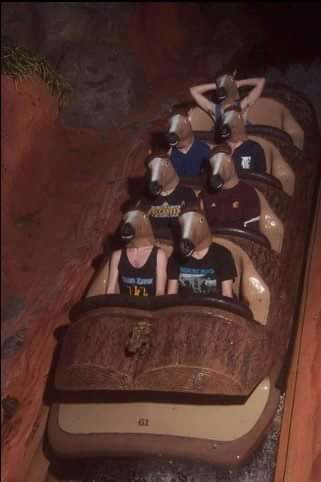 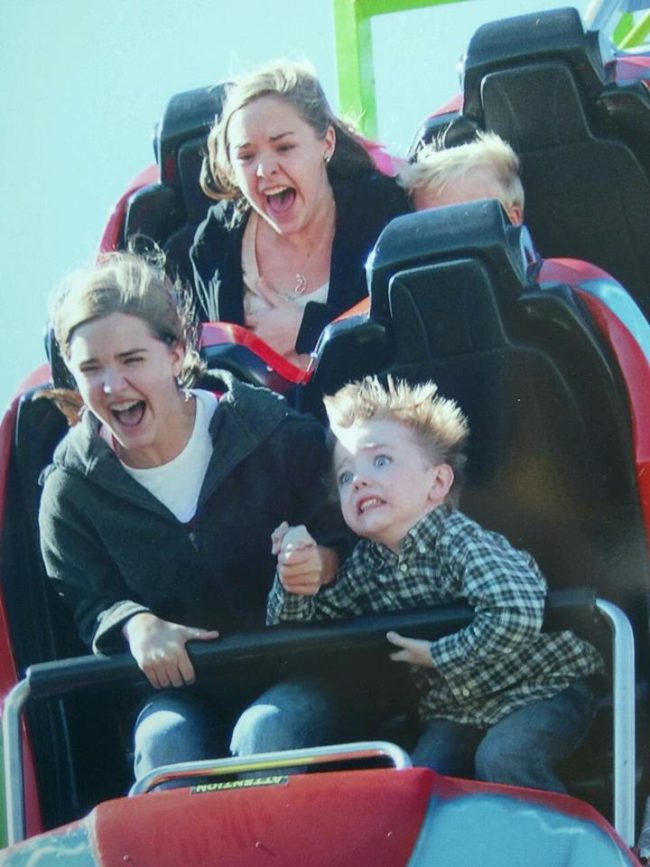 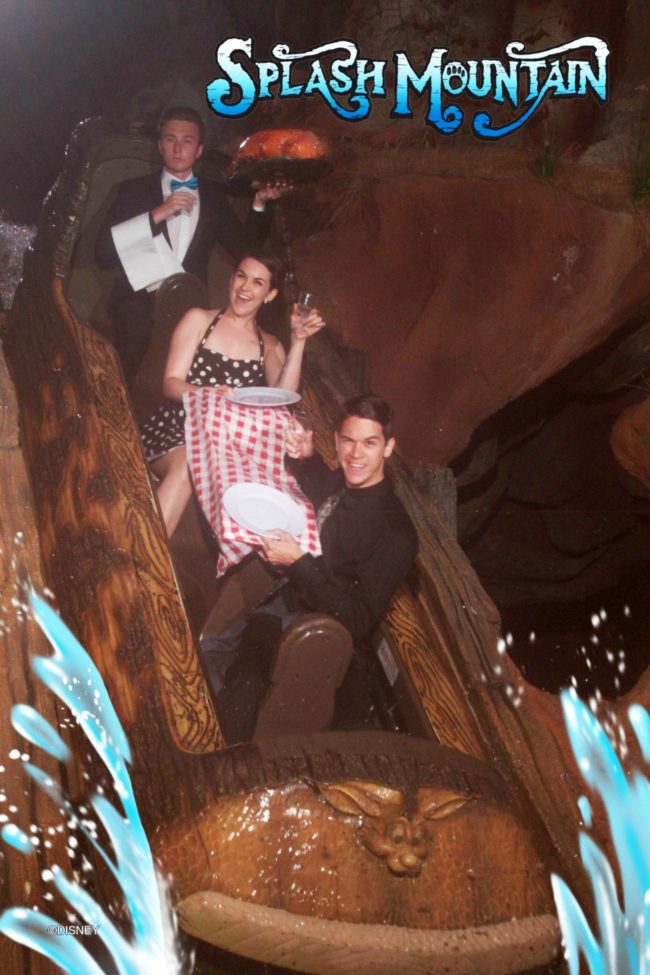 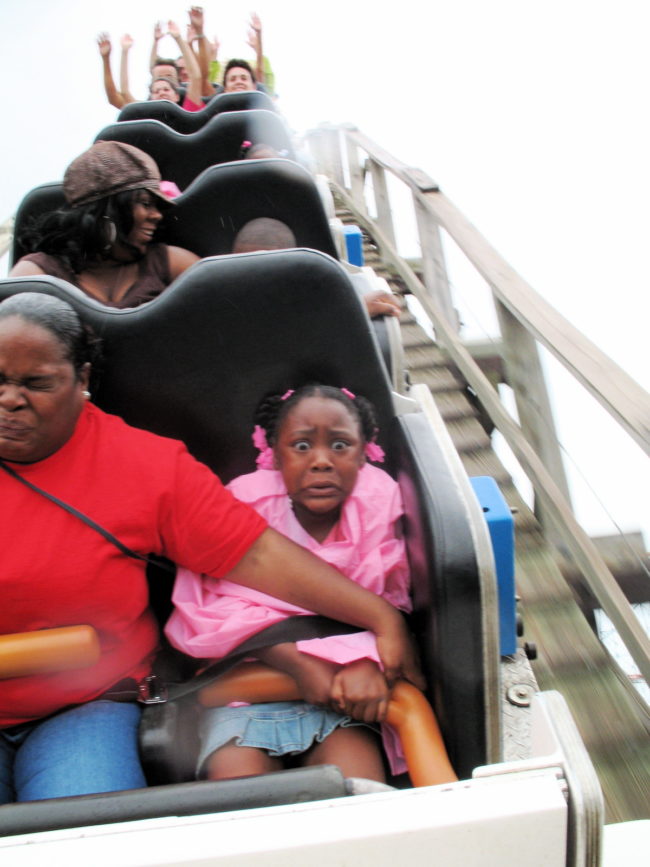 20. “This roller coaster photo will haunt my son forever. (His normal face for reference).” 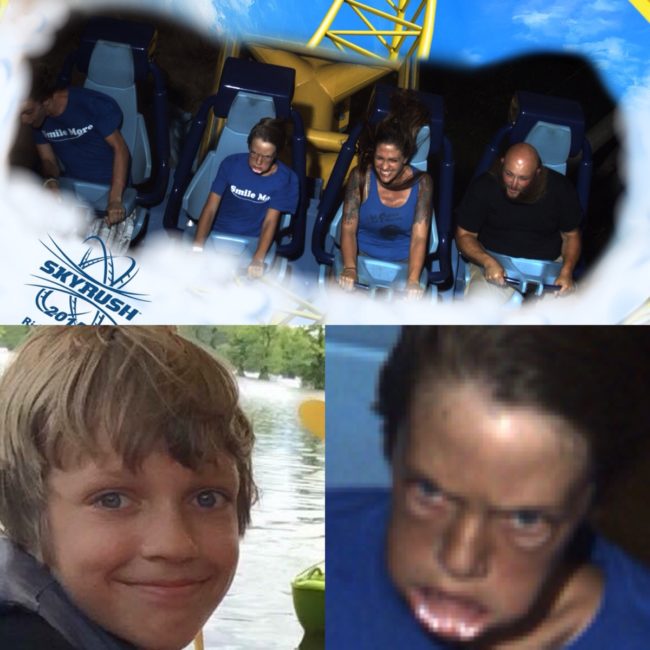 I myself have a hideous photo of me screaming atop the Stratosphere in Las Vegas’s Big Shot ride. No, I will not share it with you.