Someone Was Stealing Gas From Bikers. They Weren’t Expecting This To Be The Culprit!

It’s not uncommon for thieves to steal other peoples’ gas straight from their vehicles when prices at the pump are high.

What is pretty rare, however, is for the culprit to not even be human. Bikers in Panipat, India, who work as merchants at Insaar Bazaar recently got fed up after finding their motorcycles drained of petrol multiple times when they got off of work. That’s why they decided to surprise whoever was doing it by catching them in the act.

However, they were the ones surprised when they realized who it was. 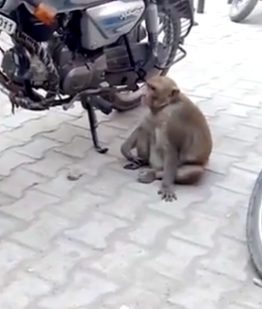 A monkey had been repeatedly approaching the bikes when nobody was around, pulling out a fuel pipe and drinking from it! 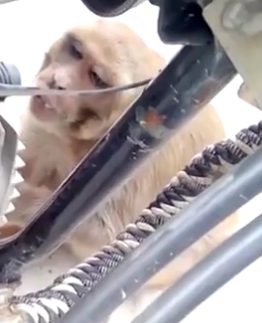 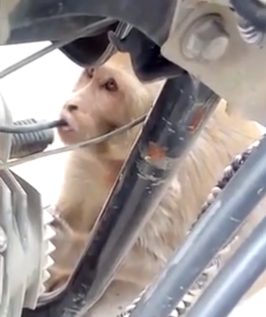 “The monkey was clearly addicted to the petrol,” said Gaurav Leekha, who runs a volunteer organization in the city. “It would refuse to eat even bananas and nuts if anyone offered it.” Watch as the gas-guzzling monkey gets caught on camera.

I really hope that little guy learns how to curb his habit. That stuff will ending up killing him.