As much of Florida prepares to ride out the oncoming wrath of Hurricane Irma, many people are finding themselves driving around all over to collect much-needed supplies.

That was the case for Pam Brekke, a Florida native who had been searching for days for a generator for her ailing father, who would need the energy boost to help power his oxygen machine.

After traveling more than 30 miles to Orlando for a chance to get one of nearly 200 generators that a local Lowe’s store had received in a surprise shipment, Brekke’s efforts came up short as the very last generator was sold to the person in line directly in front of her.

When Brekke began to break down in tears, Ramon Santiago, one of the select few able to walk away with a generator, took notice and quickly insisted that she take his. 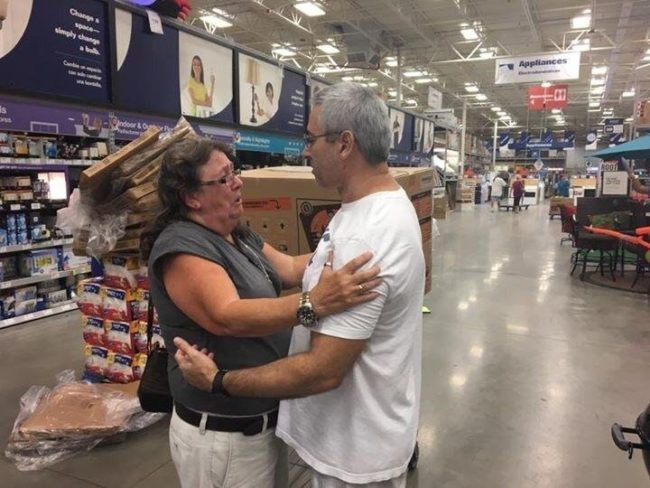 Following Santiago’s selfless act, Brekke had nothing but nice words to say about the man as the two hugged it out.

Tonight, Brakke can rest assured knowing that her dad will be able to continue receiving the oxygen he needs. It’s stories like this one that remind us all that we’re all human.