Many people trying to lose weight tend to assume that the higher the intensity when it comes to dieting and exercise, the faster and easier it will be to drop those extra pounds.

While this is certainly true in some cases, you may be surprised to hear that in terms of longevity, gentle yoga may be the way to go. Practitioners of the discipline tout its many benefits, explaining that it goes far beyond increasing flexibility into encouraging and strengthening mindfulness, which puts us in touch with our body’s needs — including making us more aware of whether we’re hungry or just bored. This combined with the stress-reducing aspects of the practice make it a great option for long-term weight loss and management.

Studies have found that practicing yoga reduces levels of cortisol, the “stress hormone” that causes fat to collect in the belly when its levels rise. So even if yoga isn’t burning a lot or calories or making you sweat, it’s changing your brain’s reaction to stress, which can lead to healthier food choices and less emotional and binge-eating — a crucial change in working toward better health. 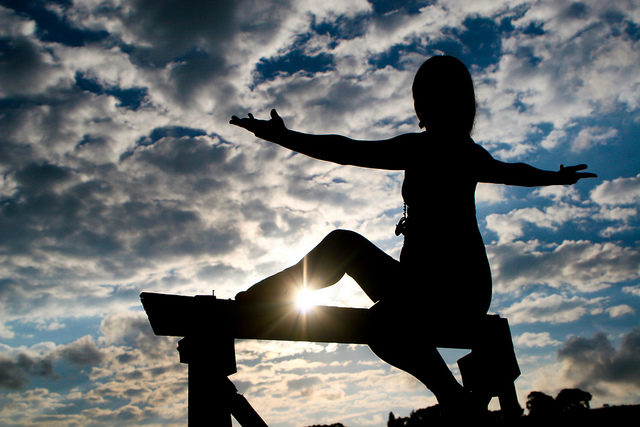 In fact, researchers at Fred Hutchinson Cancer Research Center concluded that regular yoga practice can help prevent middle-aged people from gaining weight and even promote gradual weight loss. In their study of more than 15,000 adults in their 50s, the researchers found that overweight people who did yoga at least once a week for four or more years lost an average of 5 pounds. 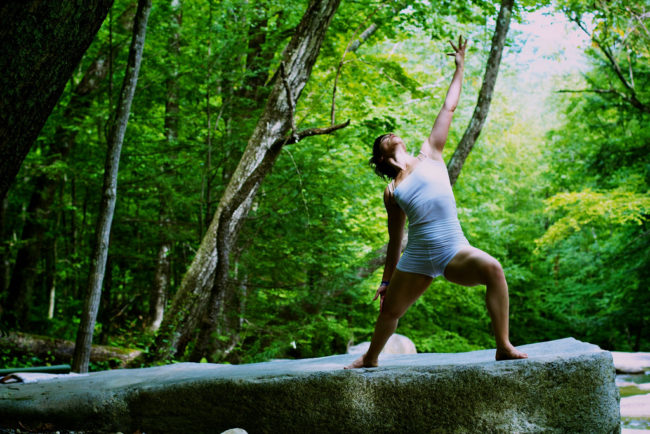 Those who didn’t practice ended up gaining an average of 13.5 pounds. Participants at a healthy weight were also more likely to maintain if they practiced yoga regularly. 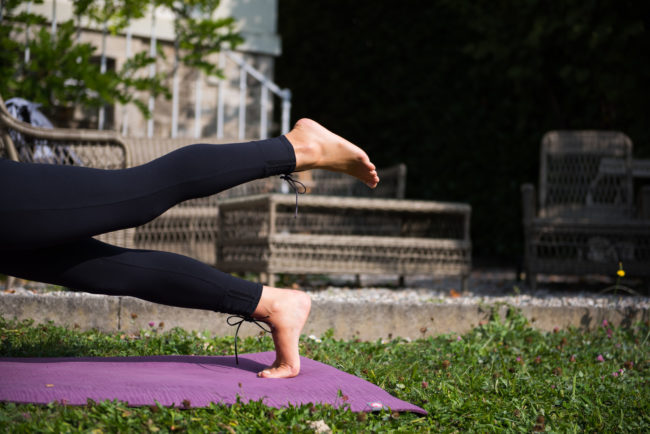 “During a very vigorous yoga practice you can burn enough calories to lose weight, but most people don’t practice that kind of yoga,” said Alan Kristal, lead researcher of the study. “From my experience, I think it has to do with the way that yoga makes you more aware of your body. So when you’ve eaten enough food, you’re sensitive to the feeling of being full, and this makes it much easier to stop eating before you’ve eaten too much.” 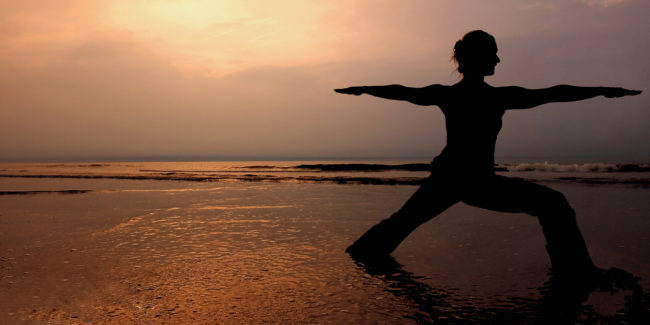 So if you’re trying to lose a few pounds and the thought of running on a treadmill isn’t appealing, gentle yoga is definitely worth a try if you keep up with it. Namaste, current and prospective yogis!