These Animals Are The Largest Of Their Kind… And I Won’t Sleep For A Week After Seeing Them. OMG.

Humans may have finally exited the food chain thanks to evolution and ingenuity, but we aren’t the toughest creatures on this planet. (If you took away our technology and toys.) In fact, we’re not even the biggest. Compared to these 22 behemoths, we’re tiny and frail. There are domesticated animals that dwarf us… and then there’s the giant oarfish, man o’ war jellyfish and much, much more. These animals are so naturally big, it’s freaky. 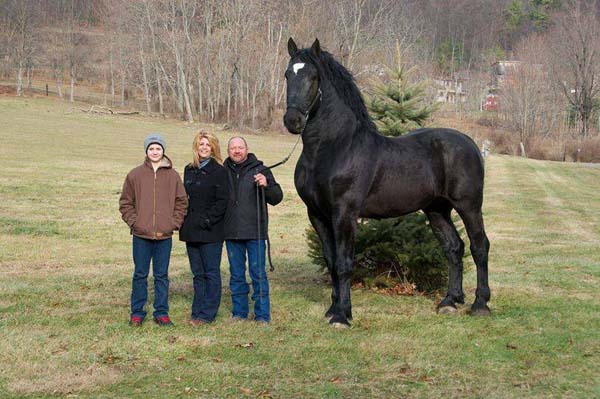 2.) Giant oarfish: These rarely seen fish have washed up on shore, freaking out beachgoers. 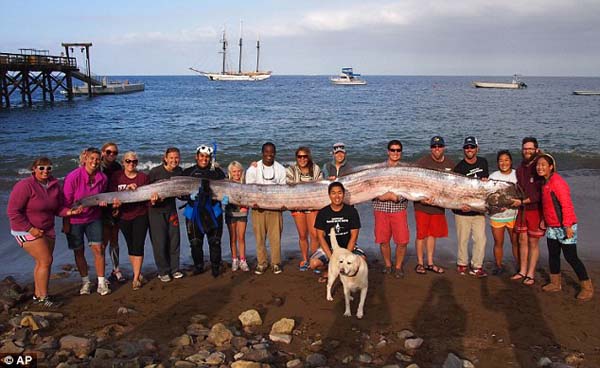 3.) Japanese spider crab: A fishing staple for Japan, these crabs can weigh up to 41lbs and do serious damage with their claws. 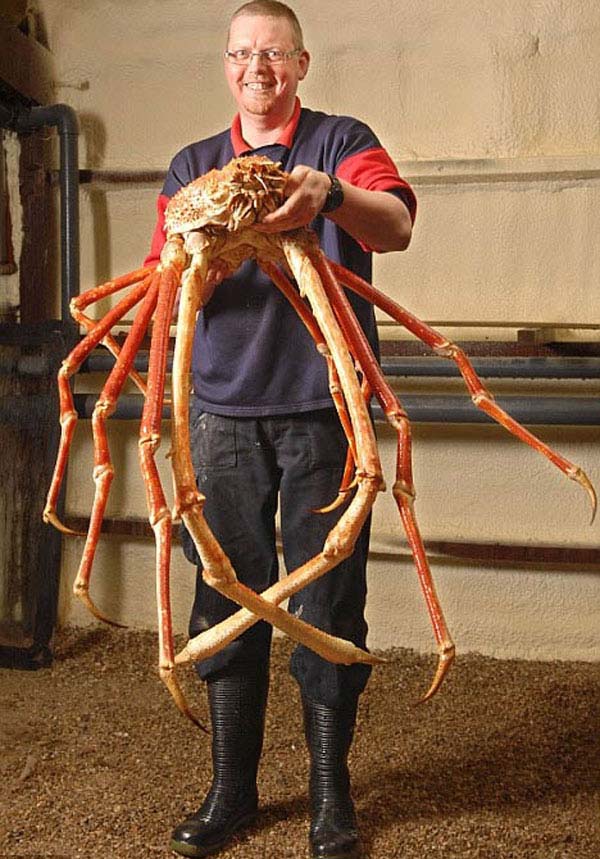 4.) Flying fox: This fruit-eating bat is found in New Guinea and is the largest bat on the planet. 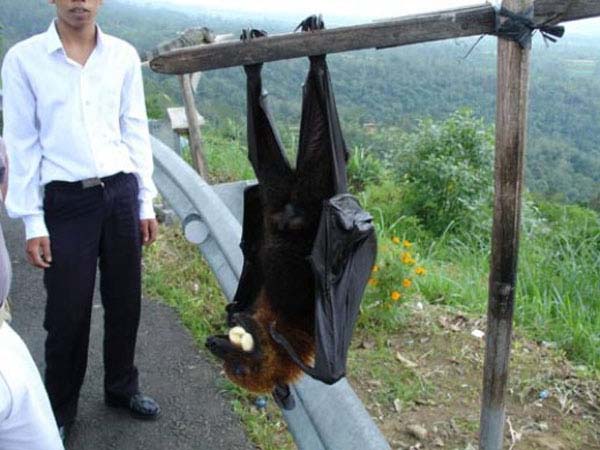 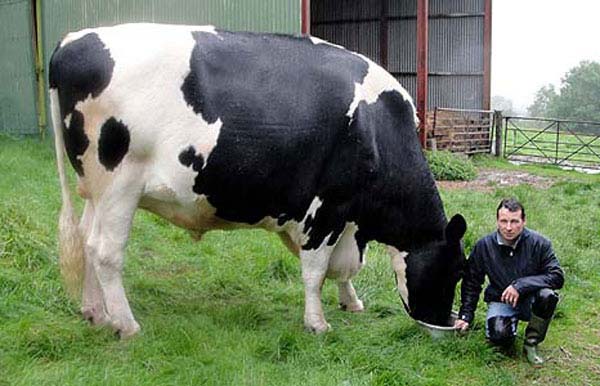 6.) This beetle is found in South America, and the titan beetle is second only to the Hercules beetle in size. It can grow up to 6.5 inches. 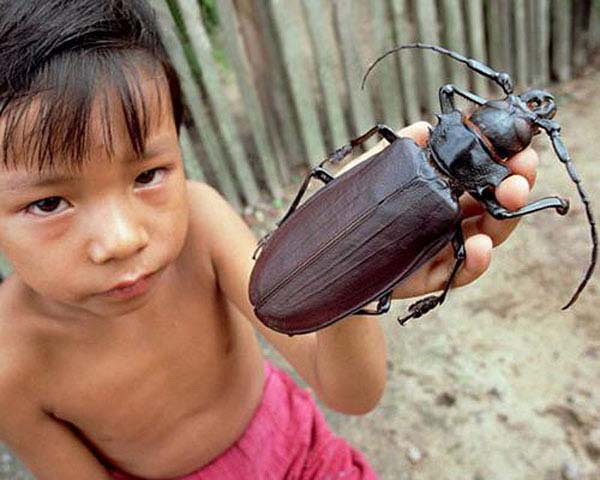 7.) Mekong catfish: These giant fish are found in China’s polluted waterways. They can grow up to 10.5 feet long and feed on the nightmares of children (we can only assume). 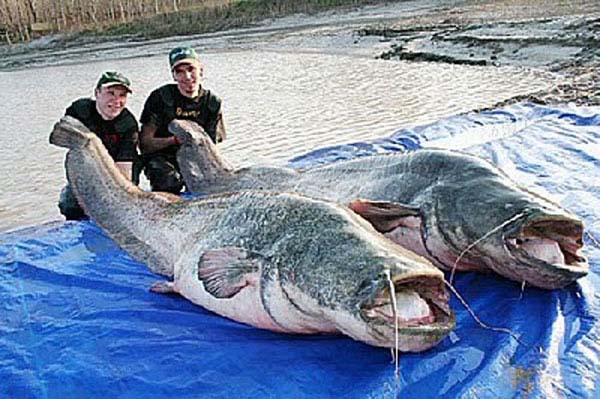 8.) Macroptychaster sea stars: These giant starfish were found by scientists in Antarctic waters in 2008. We THINK they were heard from again. 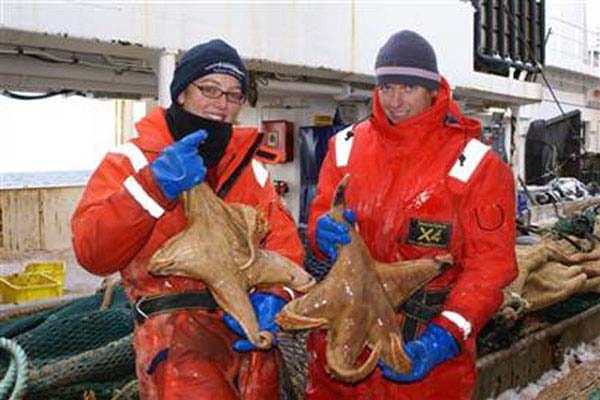 9.) Nomura’s jellyfish: This jellyfish is found off the coast of Japan and can weigh up to 440lbs. It’s about the same size as the lion’s mane jellyfish, the largest in the world. It’s easy to understand how Japan came up with Godzilla. 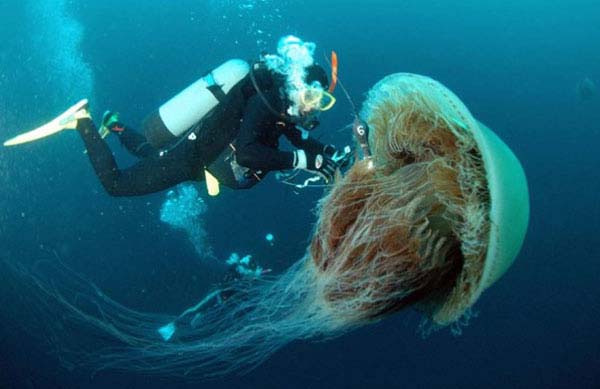 10.) Giant hog: This wild, giant hog was taken down by an 11 year-old hunter. Think it’s fake? His name was Jamison Stone (the boy, not the hog). The pig weighed 1,051 lbs and measured 9-feet-4 from the tip of its snout to the base of its tail. 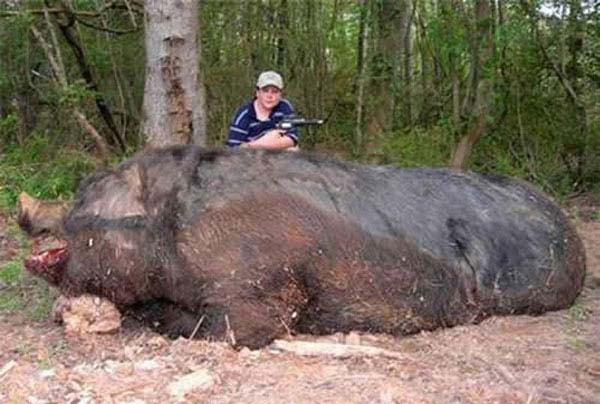 11.) African goliath frog: You can find these big frogs in Cameroon. They can live up to 15 years and will eat anything: bugs, snakes, other frogs, dreams. 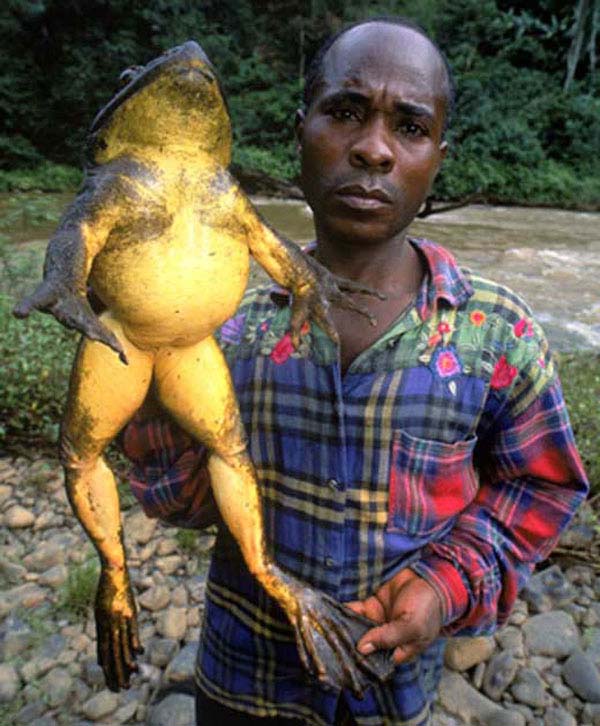 12.) Giant huntsman spider: This giant bird-eating spider can be found in Laos and its much bigger than its cousin in Australia (the land of giant, dangerous animals). It spends its time hiding in the dark in caves (and under your bed). 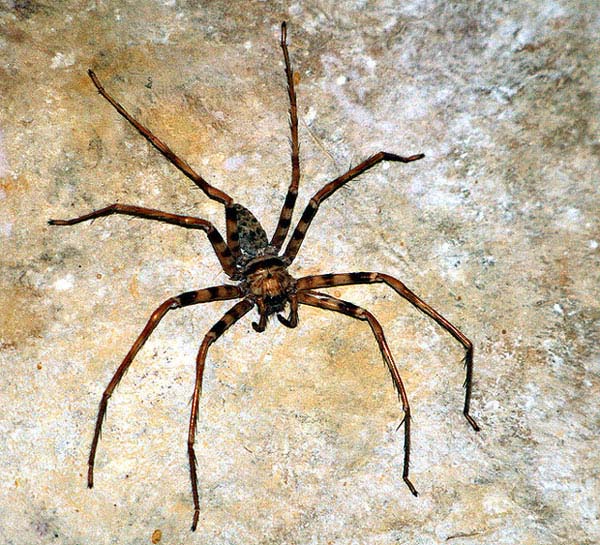 13.) African giant snail: Escargot? More like escar-NO. This giant snail is found in East Africa and can reach up to 8 inches in length. It’s a nuisance pest of urban areas, and it spreads human disease. 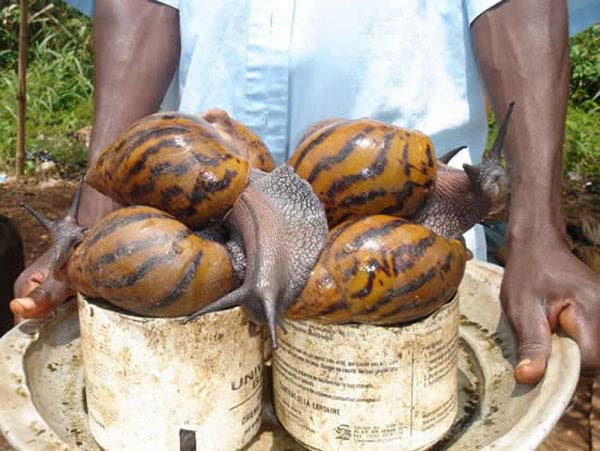 14.) Coconut crabs: These aren’t as delicious as they sound. They are actually giant crabs with claws powerful enough to crack coconuts. It is found on islands across the Indian Ocean and parts of the Pacific Ocean. 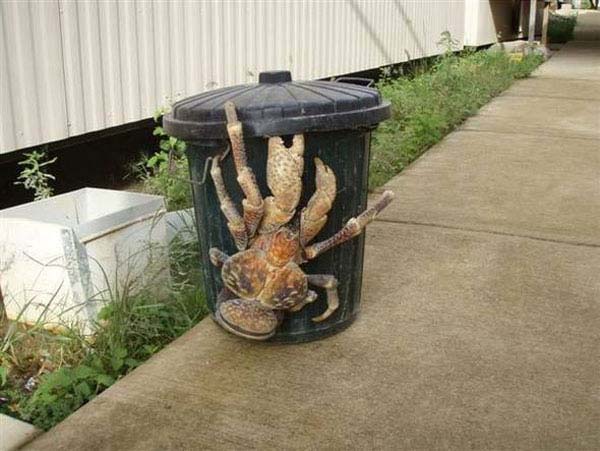 15.) Giant freshwater stingray: Otherwise known as nightmare fuel, these monsters can grow up to 1,300 lbs and are actually endangered. 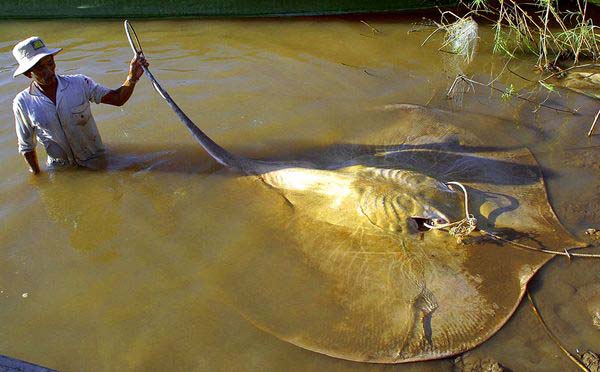 16.) Giant rat: This huge rat was killed in a Bronx, NY Foot Locker back in January of 2012. It looks fake and people should hope it’s fake… but reports seem to indicate this was a real rat that was killed. And it was real big. 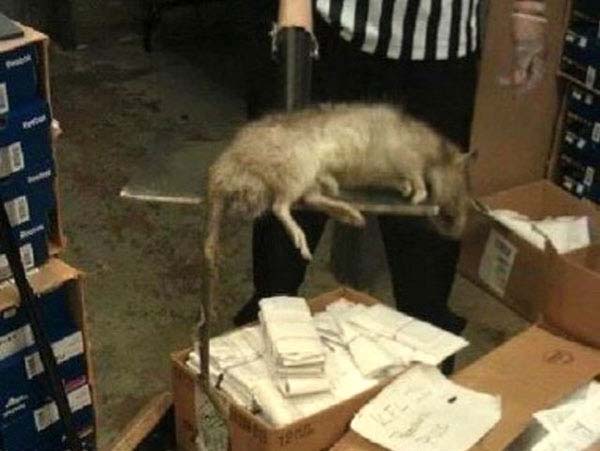 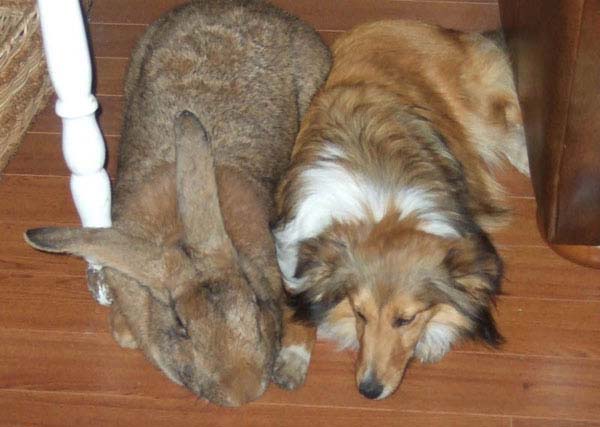 18.) Saltwater crocodile: This is the largest crocodile that was ever captured, over 21 feet long. It was captured alive after a three week hunt. 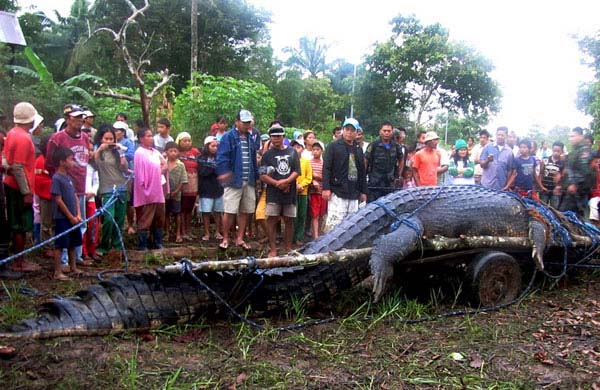 19.) Giant weta cricket: Jiminy Cricket here is only found on a small island near New Zealand (the lesser Monster Island, next to Australia). It’s large enough to devour a carrot. And probably your hand. 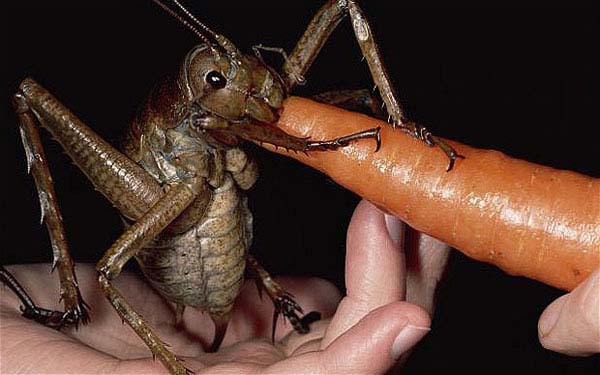 20.) Chinese giant salamander: This lizard can grow up to 6 ft in length, it’s almost completely blind. It’s also the largest amphibian in the world. you can find them in streams and lakes in China. 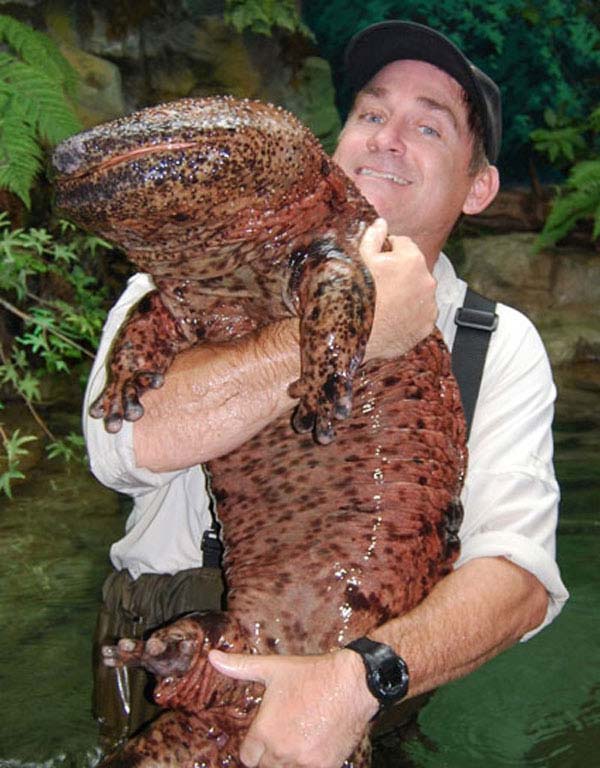 21.) Cane toad: Originally found in South and Central America, these toads are a nuisance to Australia’s (dangerous) wildlife. It has few predators because of it’s extremely toxic skin. 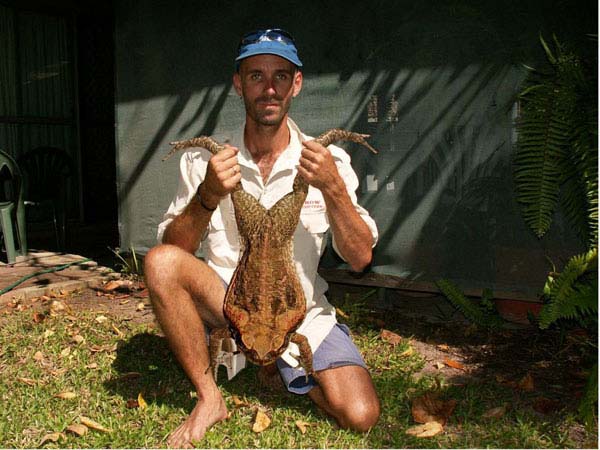 (H/T Heavy) There is no good reason for animals this large to exist, unless it’s to haunt our dreams (which they will). If you’re ever on vacation in Japan or China, it’s probably a good idea to stay out of the waters, unless you want giant jellyfish, salamanders, stingrays or crabs nibbling on your toes.