This Python Was Terrorizing Villagers, So They Killed It. Its Size Is Unbelievable!

Imagine driving down the road when all of the sudden, you see a gigantic python blocking traffic.

The last thing you’d probably want to do is approach the snake and try to move it, right? Well, that’s exactly what one motorist, 37-year-old Robert Nababan, did while riding around on his moped on the Indonesian island of Sumatra. He came across what many are calling a monster python, and he even got into a fight with the creature. (He lived to tell the tale.)

The snake found in Indonesia is believed to be a reticulated python, like the one pictured below. They’re the world’s longest snakes and longest reptiles, ranging from about 4.9 to 21.3 feet. They’re also among the heaviest snakes and can weigh between 2.2 and 165.3 pounds. 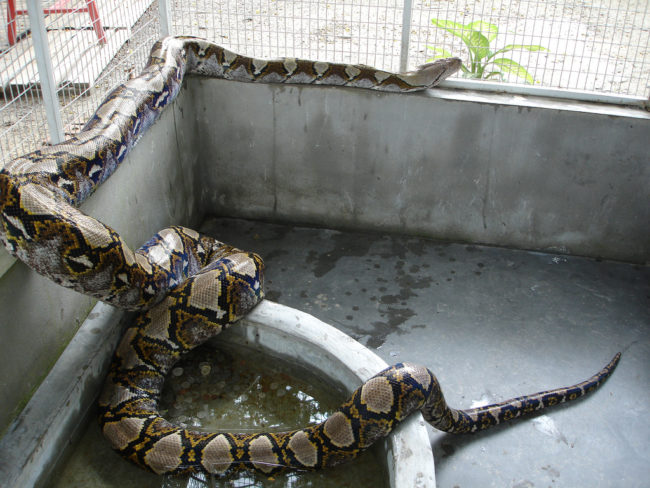 Like all pythons, they aren’t venomous and aren’t usually considered dangerous to humans. However, there are exceptions. Case in point, the man in Indonesia who was eaten by one that was 23 feet long. 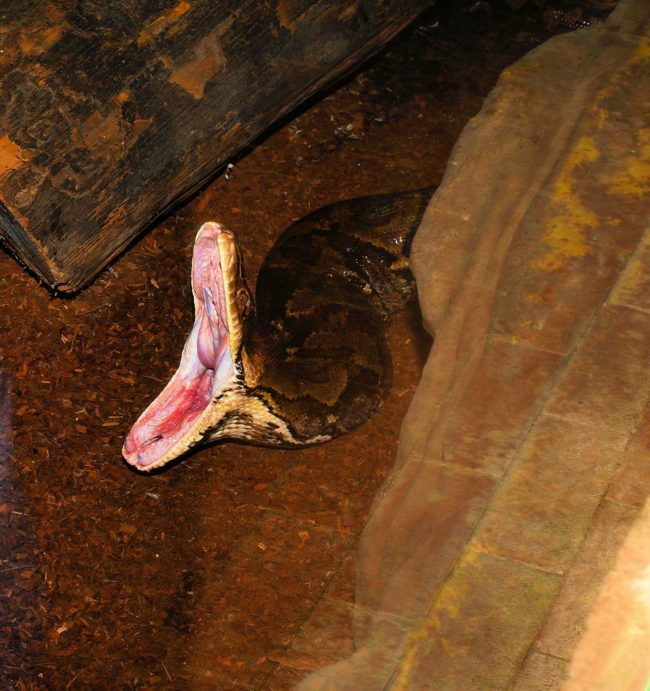 Reticulated pythons measuring over 19 feet are pretty rare, but it seems that many of the longest are found in Indonesia, as the one blocking the road measured 23 feet as well. 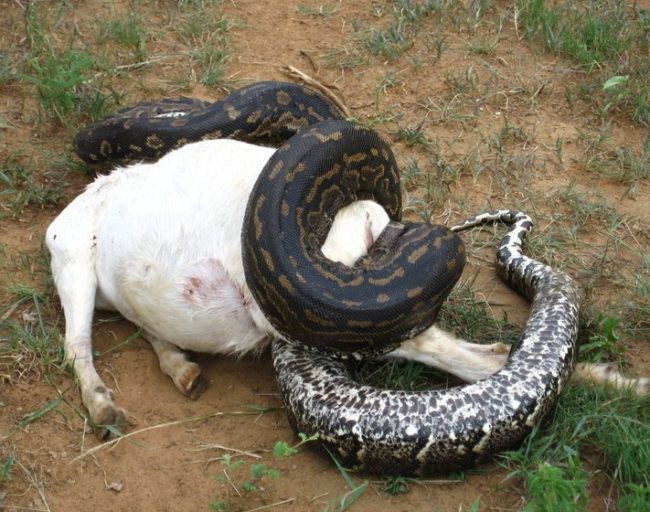 When Nababan and two others tried to move the massive python (pictured below), it bit into his arm and began coiling around his body. They were ultimately able to kill the snake, though, as one of them was believed to be carrying a heavy blade. 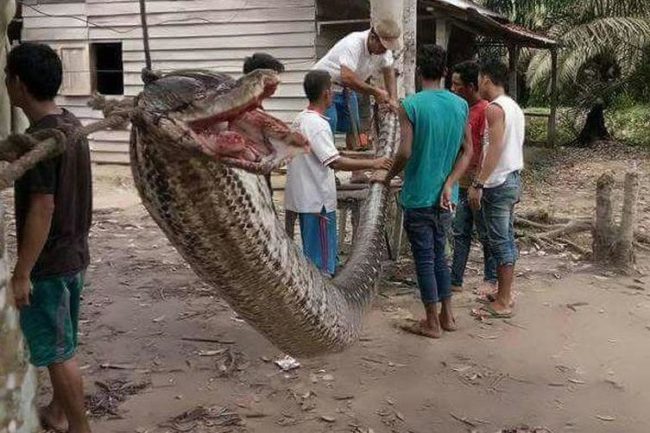 If Nababan had been alone in his efforts, I’m not so sure he would’ve won the fight. Thankfully, there were other people around to help battle this monstrous snake.