When They Created A GoFundMe For Their Dead Son, People Noticed Something Shocking

A seven-week-old infant in Florida is now dead after being left in a hot car for more than eight hours.

The incident happened in Mary Esther, Florida, after a family had returned home from a Sunday morning church service just after 12:45. It wasn’t until nearly 9:30 that police received a panicked call from a relative of the child, saying that the infant’s mother had left the boy in her van all day. Given the sweltering heat index of nearly 104 degrees, the tiny tot didn’t stand a chance.

Following the child’s untimely death, his parents took to social media to gain some sympathy from friends and family. They also created a GoFundMe page to raise money for the funeral. It wasn’t long, however, before one clever commenter realized that the awful mother failed to tell everyone online that she had, in fact, killed the child by leaving him in the car. 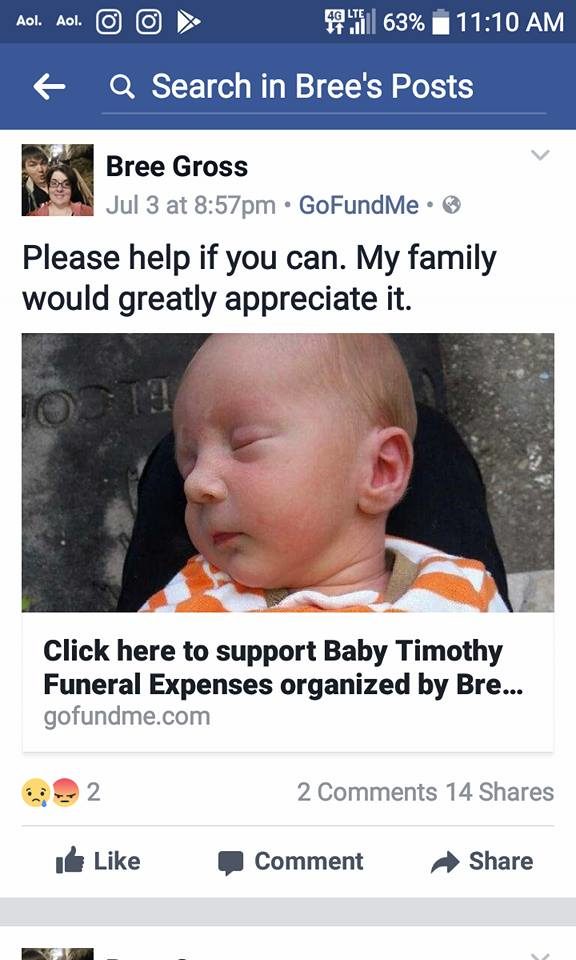 Within minutes, people connected the dots and realized that the baby hadn’t died from a mere “accident.” 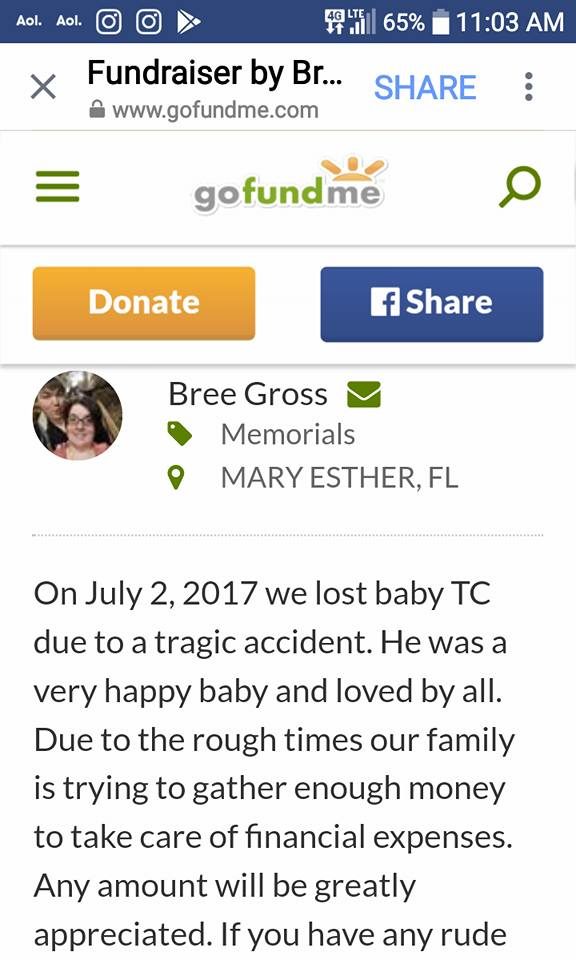 Needless to say, people were stunned and horrified when they figured out what the mother was up to. 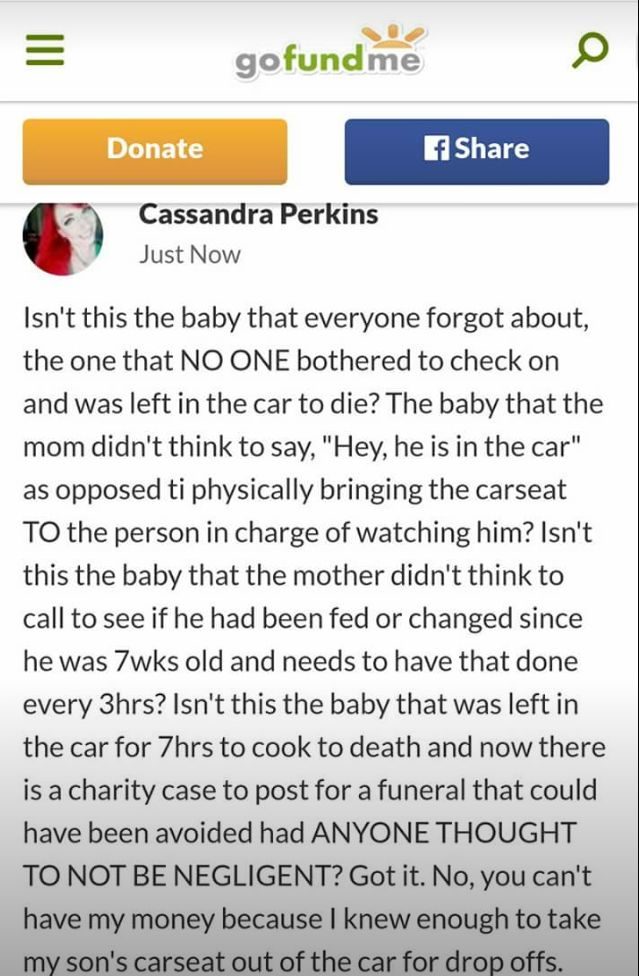 One person went so far as to call her a murderer profiting from her baby’s death. She’s not far off. 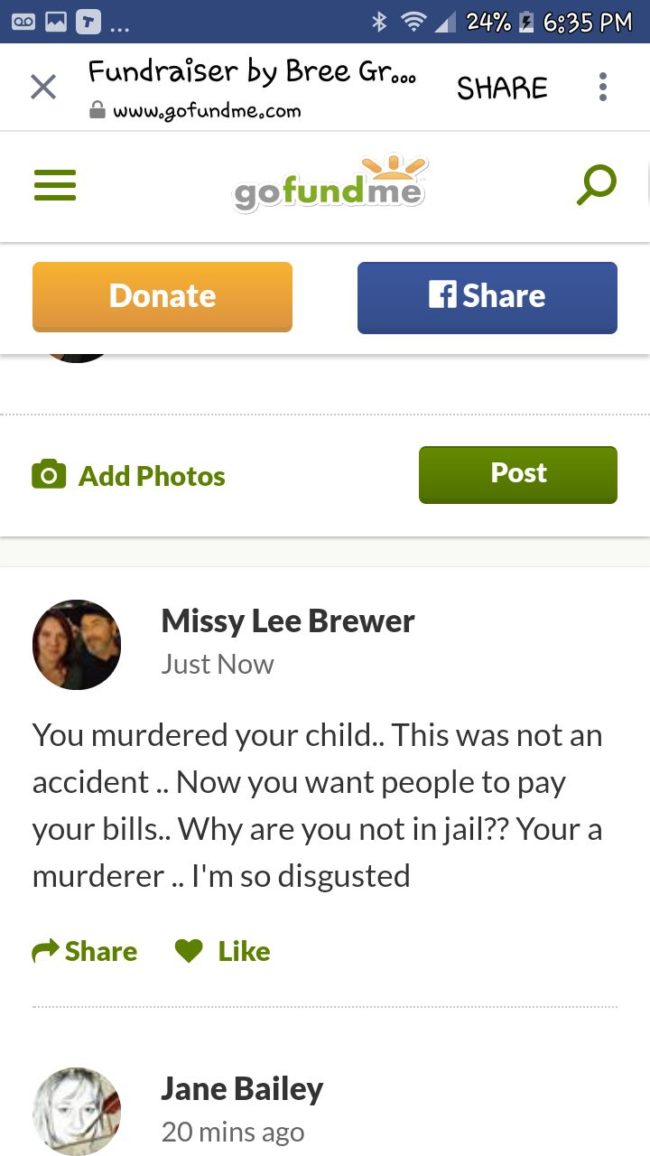 To make matters worse, people also did some digging on Mom’s Facebook page and saw that just hours before the baby was found dead, she’d posted about how she wasn’t “ready for kids.” 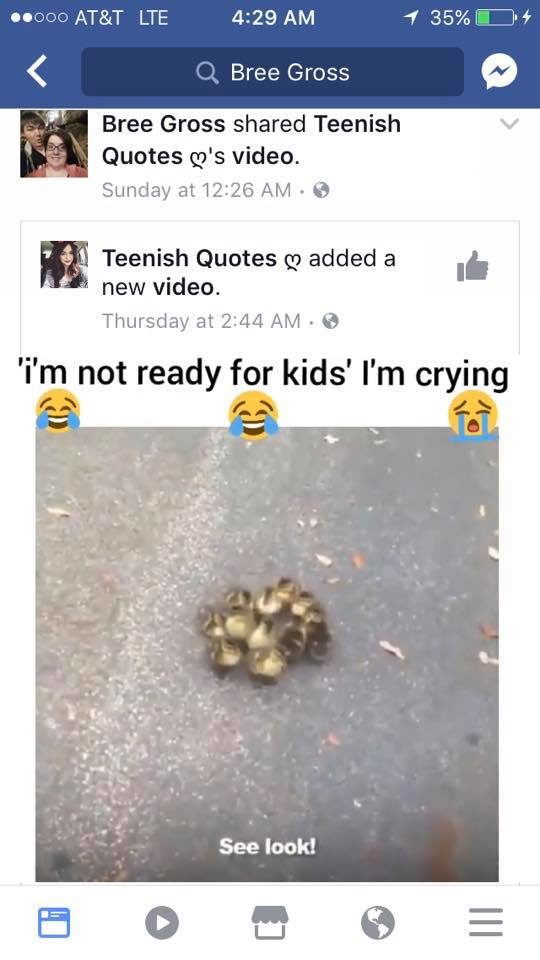 Many users reported the donations to GoFundMe as being fraudulent. 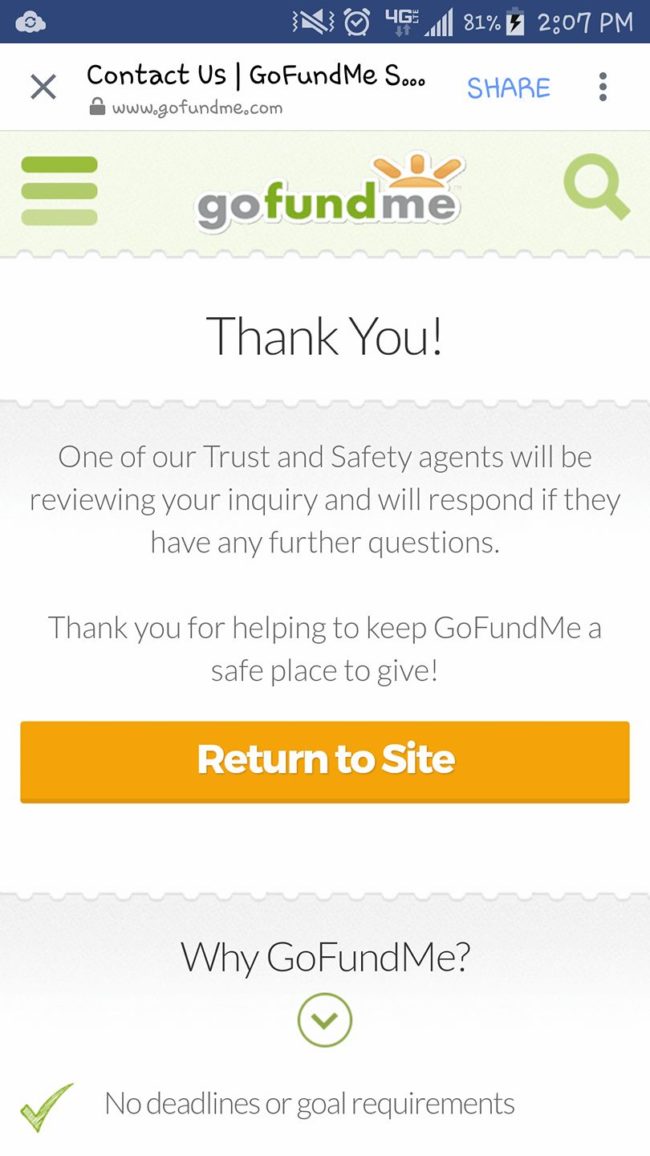 This is absolutely horrific. That poor baby died scared and alone and his mother has the audacity to profit from his passing. Be sure to share this if you are appalled by what she’s done.