Most people go for a hike to get some much-needed exercise and to escape the world’s problems, but life has proven time and time again that you never know what you’ll find while trekking through the wilderness.

Members of Mossy Earth were hiking through the Pedriza section of the Sierra de Guadarrama when they noticed a mountain goat caught between a rock and a hard place. The creature was hanging by his horns, suspended between two large boulders. From the get-go, it was obvious that the goat had been in the compromising position for more than a few hours.

Knowing they had to do something to help, the hikers set out to hatch a plan to bring the mountain goat back to safety. 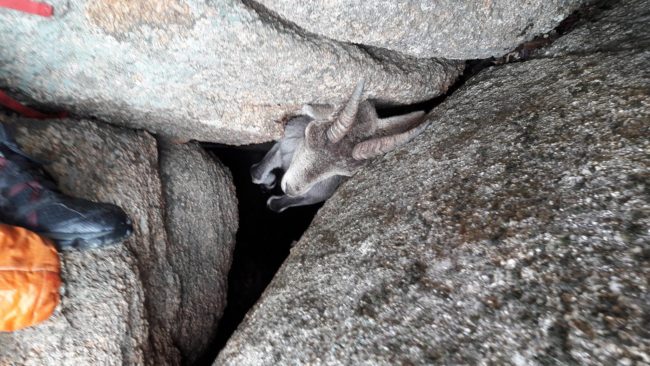 They decided on making a harness out of their jackets to help lift the goat from between the rocks. 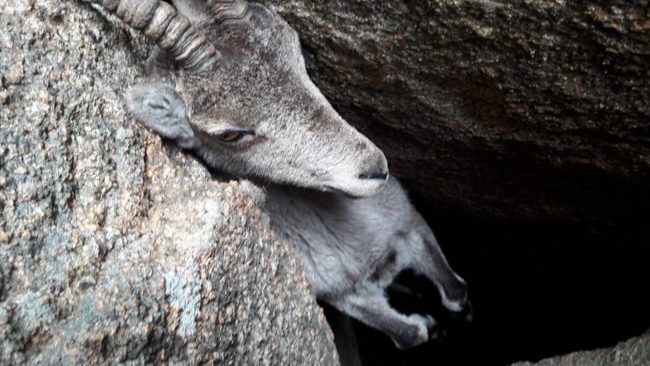 Thankfully the hikers’ plan was successful, and the critter, although in shock from his predicament, was able to escape. 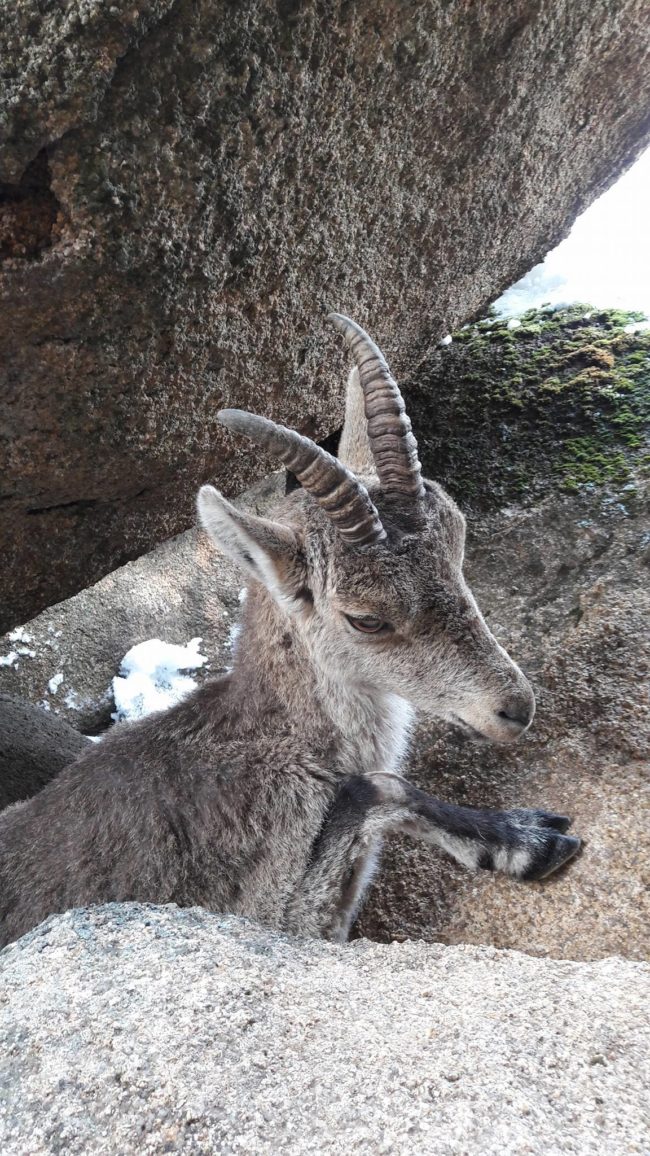 But before leaving its rescuers, the goat stopped to allow them to show some love and affection with some pats on the back and head rubs.

If it weren’t for these hikers being in the right place at the right time, things could have ended in tragedy. They’re heroes!