Beachgoers along Dana Point Harbor were in for a treat when they were greeted by a lost gray whale swimming close to the shoreline.

Drone footage from the area showcases the breathtaking moment the whale can be seen hovering around a group of swimmers in the crystal-clear waters. Hundreds of people gathered to watch the mammal swim nearby and take in a once-in-a-lifetime sight, but many pointed out that the whale looked a little worse for wear.

Some onlookers who got an up-close and personal look at the gray whale were quick to comment on how thin it was. 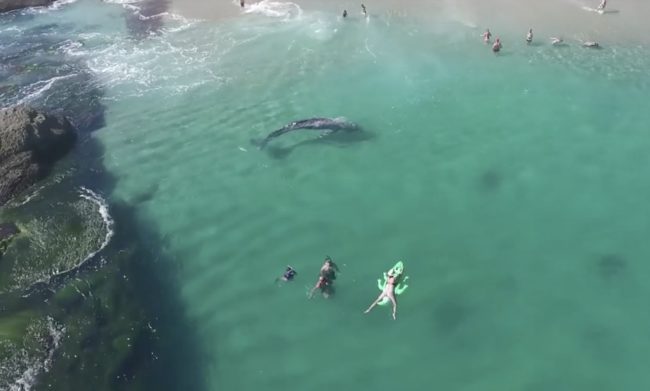 Others feared that it would beach itself by getting so close to the shore. 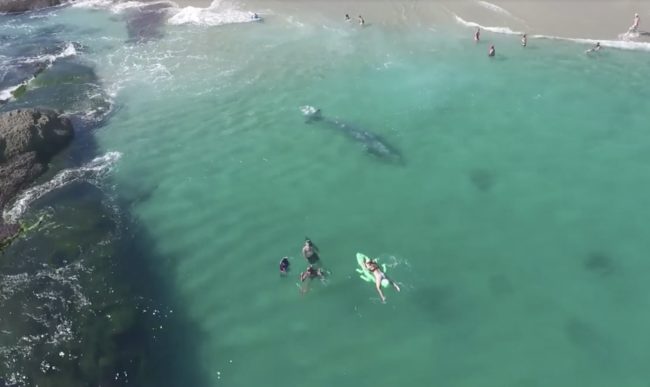 Director of the Marine Mammal Institute at Oregon State University, Bruce Mate, believes that the whale was a loner who had drifted ashore on his way to feed up north. 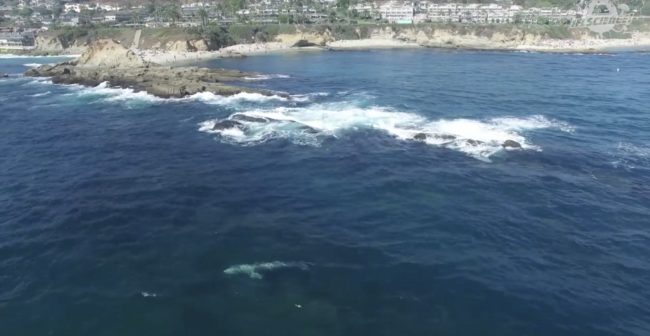 By early afternoon, however, the lost whale found his way back out to sea and began the trek toward Alaska. 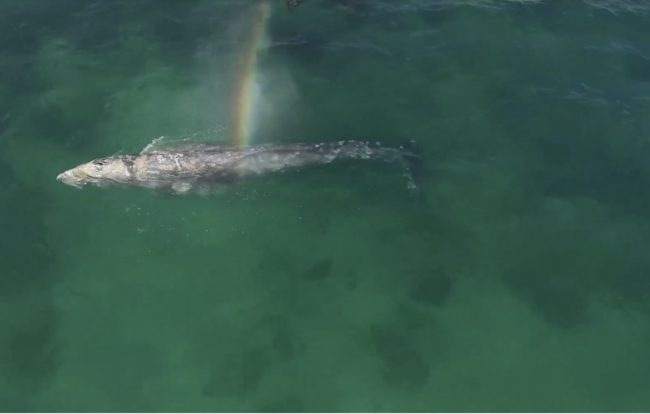 You can watch the unique encounter in the video below.

(via IFL Science and National Geographic)

We hope this guy found his way. What an incredible moment.