This Rescued Great Dane And Her Tiny BFF Are So Cute, They’ll Make You Melt

It’s really heartbreaking to think about some of the reasons why pets are abandoned.

Marion Dwyer adopted Echo back in 2014 after the dog’s previous owner considered putting the animal down because of her disabilities. Echo is deaf and has limited sight in both eyes. Saddened by that awful situation, Dwyer quickly made the decision to take Echo in. Just a few months after adopting the dog, she discovered that she herself was pregnant. Echo was about to get a baby sister!

In the first months of pregnancy, she had a feeling Echo and the little one would become best friends. Fortunately, her premonition was right! 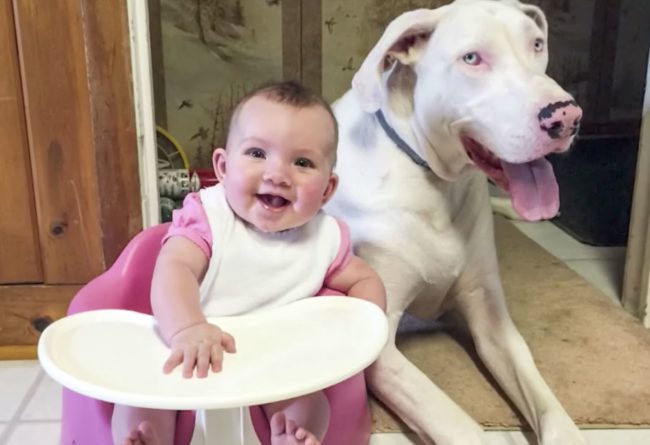 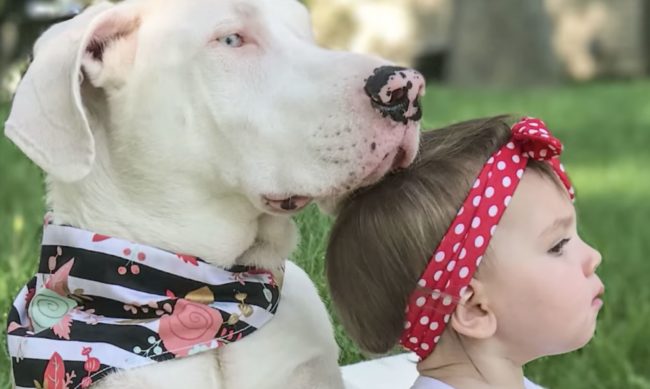 Despite having two other Great Danes in the house, Echo is still Jennie’s favorite. 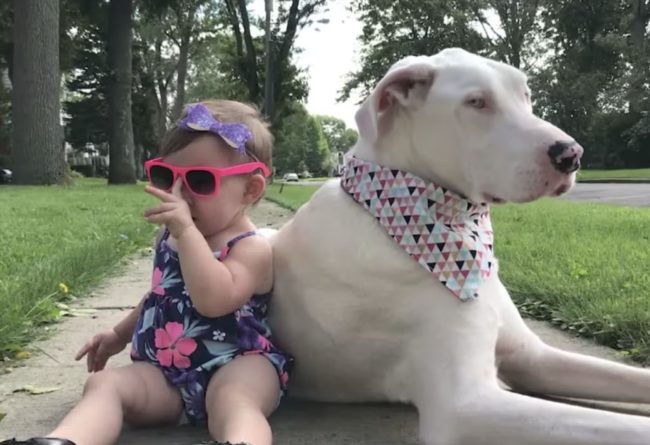 Jennie can’t wait to see Echo first thing in the morning, and when it comes time to say goodnight, the adorable little girl helps put her doggy pal to bed. 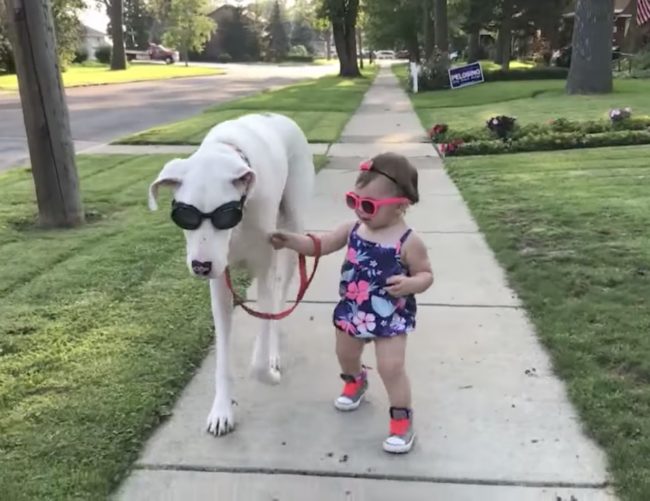 The two even share a daily walk through their neighborhood. Echo is always cautious and she’s so protective of her favorite tiny human. 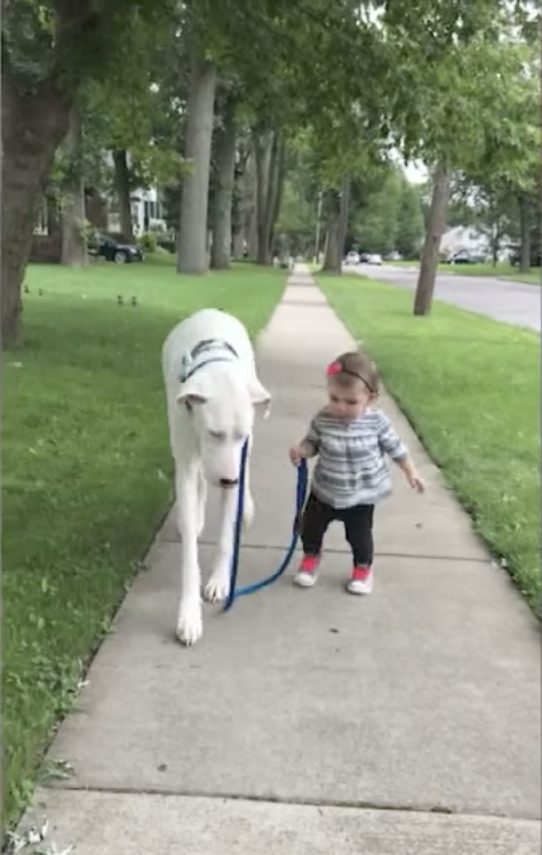 Having seen her family signing to Echo, Jennie has begun to pick up on some sign language to help her communicate with her BFF! Check out all of their cuteness in the video below.

We all need that one person in life who we can count on to get us through our toughest days. For Jennie, her go-to person just so happens to be a dog.