In Australia’s oceans, close calls with sharks are incredibly common.

The most feared shark in the world, the Great White, spends a whole lot of time off of Australia’s coast, so it’s not unusual for a fisherman to spot one. What happened to Nic Wilks, however, is totally unusual.

It started out as a normal enough day. Wilks was out fishing with his father off the coast of Port Pirie, but then he noticed a shark off the side of the boat. What happened next is a struggle for the ages.

The Great White grabbed onto his fishing net and refused to let go, lunging into the air as Wilks tried to pull the net inside. 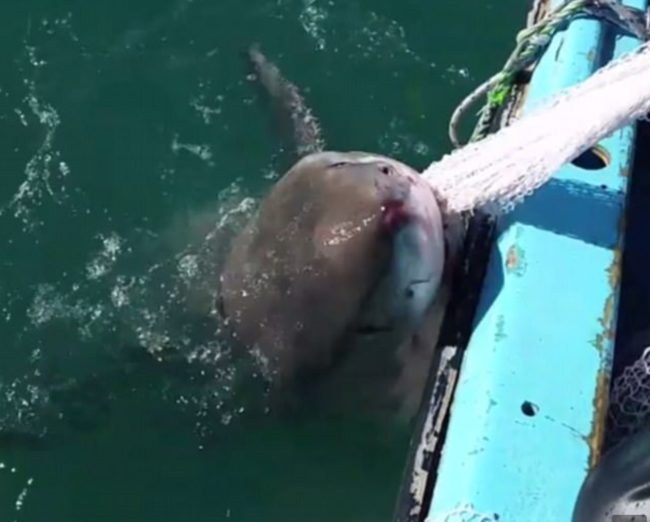 Wilks gets into quite the tug of war with the creature, which looked like it had just eaten because it had fresh blood on its nose. 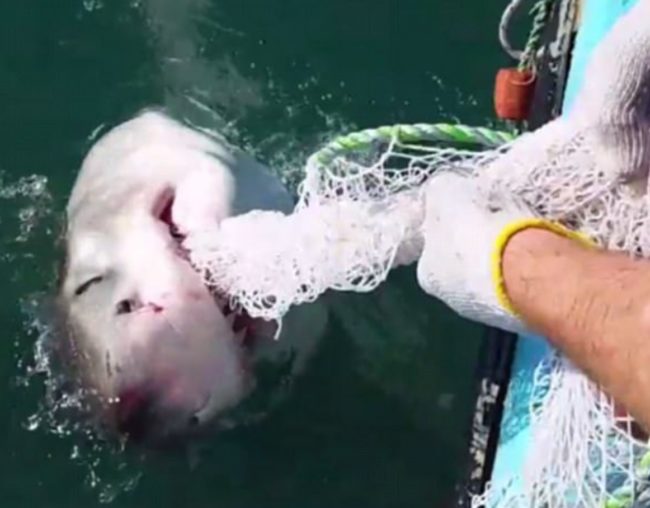 Eventually, Wilks hit the shark on the nose in an attempt to get the monster away from his boat. 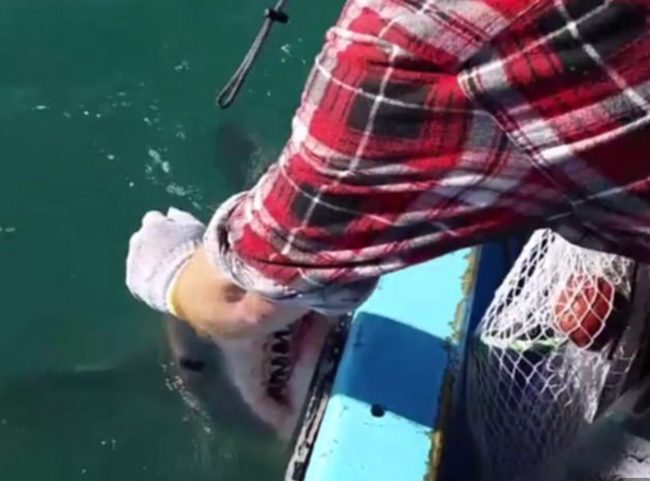 What a scary encounter! Wilks caught the whole thing on video, so check it out below.

I’m so glad that he didn’t become lunch. Share this with anyone who would appreciate the bizarre encounter.