He Noticed Something Awful On His Wedding Day. What He Did Next Makes Him A Hero.

After saying “I do,” the newly married couple from Kitchener in Ontario, Canada, began posing for their photographer, Darren Hatt. But right in the middle of their wedding shoot, Clayton ran toward a nearby pond and jumped in, suit and all. That’s because the groom had noticed a little boy who needed his help.

The boy had been pushed into the water by another child and was clearly struggling beneath the surface.

Thankfully, Clayton was right there to pull the little guy out. 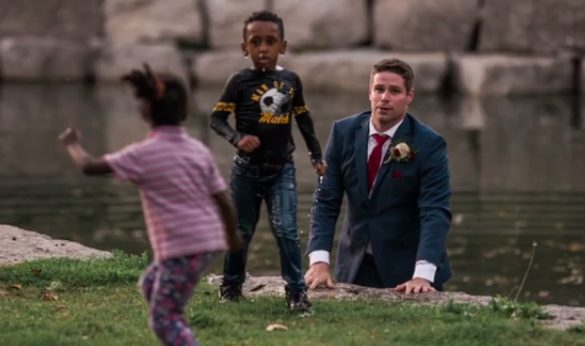 Brittany isn’t surprised at all by her husband’s heroic actions. “That’s Clay, like that’s Clay to me,” she said. “It’s something he would just instinctively do.” 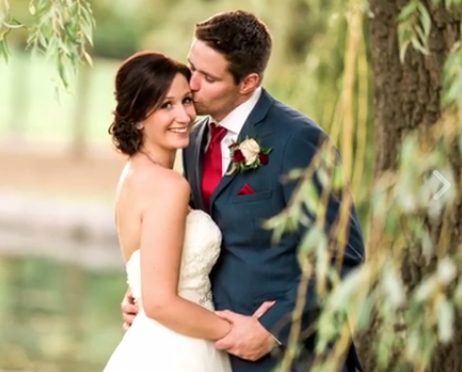 Learn more about what happened that day below.

That poor kid must have been so scared! It’s a good thing that Clayton didn’t hesitate to jump in and pull him to safety.