She Took A Stranger’s Baby, But The Reason Why Is Actually Amazing

For some who aren’t parents (and even those who are), hearing other people’s kids throwing tantrums can get very irritating at times.

I’ll be the first to admit that when I hear children screaming in public, I definitely get annoyed, though I do keep it to myself. But what many often don’t stop to consider, myself included, is that getting angry at the parents for the child’s outburst does nothing to fix the situation. Being understanding and offering a helping hand is a much better and kinder solution, which is exactly what this sweet woman did.

Kesha Bernard was taking a flight while on vacation when she heard a baby crying. Nothing unusual there, but when the mom’s other child started getting more and more upset over having her seat belt on, people got angry and began complaining about their mother. 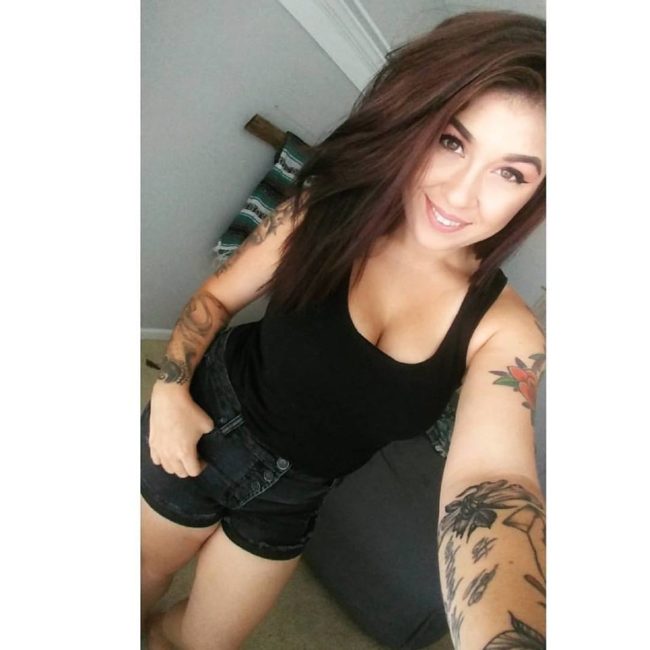 Maybe it’s because she has two kids of her own, but the sounds didn’t bother Bernard. What did bother her, however, was the woman sitting in front of the little girl. After the three-year-old kicked her seat, the woman reached behind her and actually grabbed the child’s leg. 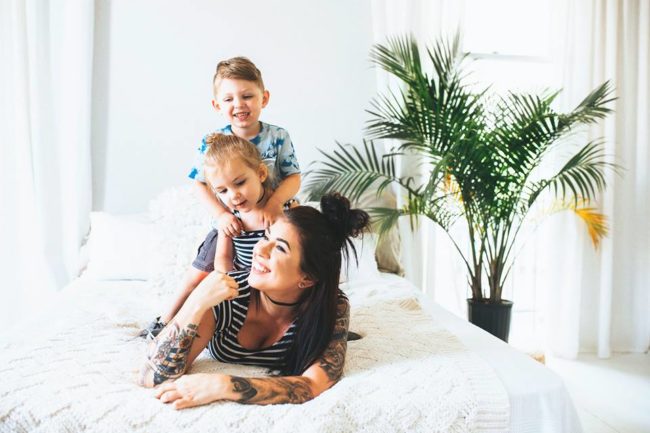 Nobody offered to help the mom. Instead, they began judging her parenting skills. That’s when Bernard decided she’d had enough, got up, and kindly took the woman’s baby off her hands with her permission. Not long after she got back in her seat, the infant calmed down and fell asleep in her lap. 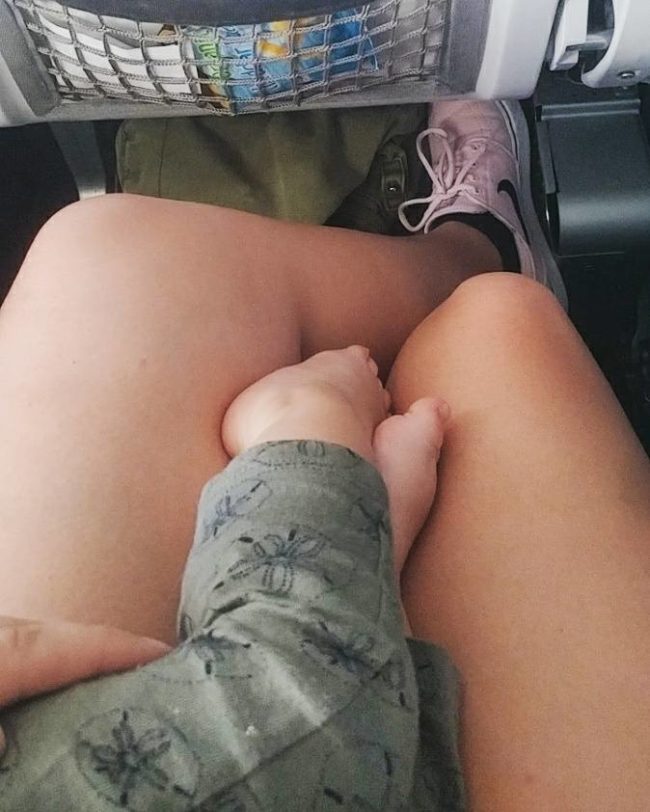 Now Bernard is sharing her experience to remind others that sometimes, parents just need a little help. Read the story as she tells it below.

Here I am on vacation away from my kids (who I absolutely love to death but sometimes you need a break from toddlers) and I’m flying with an infant on my lap. Why? Because I’m a decent human being. Listen…..it takes a village to raise kids ok? And as a mom of a 3 year old and 4 year old I KNOW this. And I also know that toddlers can be assholes……so first let me just tell you what happened. I boarded my flight today at 5:45am in Seattle. Alaskan airlines flight 674 and I sat down in the middle seat. (Ughh aka the worst seat possible but it’s ok….it’s only a seat) anyway I sit down and there’s some weight issues with the plane that needs to be checked out. So everyone is sitting in this full packed plane. And a baby starts crying (oh god forbid right?) Obviously I’m totally used to crying and whining so I tune it out. Everyone around me starts huffing and puffing and mumbling. Then……I hear 2 kids crying (holy s!#$ right?) this lady has her toddler having a full blown melt down over her seat belt being on (toddlers are dramatic that’s nothing new) No problem…..I have mom powers and totally ignore it……BUT what I CAN’T ignore is this.

I hear a woman complaining to this mother (that’s alone with 2 crying kids) that her child need to stop kicking her seat. THEN I hear the mother say “she’s 3 I cant believe you just did that” apparently the lady reached behind her and grabbed the child’s leg (aka” oh hell no”).

While this is happening the freaking flight attendant is just standing there…listening. Not even doing anything. And the older men beside me make remarks like “obviously her way of discipline isn’t working” so I reply with “she’s probably afraid to do anything…you cant do anything anymore” and they stopped talking. Ok back to the lady in the back.

You guys….this is a full plane….and I sat here for 15 mins waiting on someone closer to this woman to offer her help…because I’m surrounded by caring adults, right? (Wrong) I turn around to see people mumbling and staring at this mother with her THREE kids ALONE….A screaming toddler / crying baby/ and a very well behaved older child. (one grown ass woman was holding her hands on her ears and making the ugliest faces at this mother..lady are you freaking KIDDING ME) SO….being a decent human being I couldn’t take letting this mother drown back there….(and let me tell you she was being so freaking calm you guys….like I would have already been crying but she was doing so good) I get up out of my seat go a few rows back and go ask her if she needs help ( apparently that’s so hard to do) she immediately handed me her baby. (This lady was like HOLY HELL YESSSSSSSS!) So ya know I take her baby and then I have to go sit down for take off…….the crying stopped (it’s a miracle) so I’m sitting here holding this precious baby that so happens to fall asleep (swooooon).

My point???? Be nice and considerate. If someone needs help for God’s sake HELP THEM. Complaining and mumbling doesn’t do a damn thing except make the person that needs help feel worse (words hurt)……..and back to the lady holding her ears…….GROW UP..(..It wasn’t just her hands over her ears it was more her making faces while doing it and staring in disapproval at the mother of 3) this flight should be ashamed of themselves..you’re telling me I’m the only ONE out of a full plane that was willing to help???? How we can ignore a human in distress beyond me. Please be kind. Please be considerate. Help one another…it makes everything easier. I promise you won’t die.

Not being a parent myself, I can’t imagine how difficult it is to try calming down two crying children while others are complaining and judging. Bernard’s message really puts things into perspective, and I’m definitely going to have to keep it in mind the next time I get on a plane.