When Alison Ferrell told her Uncle Bill that she was getting married earlier this month, his only wish was to be able to attend.

During World War II, Ferrell says the 92-year-old was a sergeant in the United States Marine Corps who served in combat on Naha in Okinawa. Recently, his health hasn’t been so great and he’s been dealing with pneumonia and rehabilitation. When a nurse asked him what his goal was, he replied from his hospital bed, “To be her ‘Something Blue’ on her wedding day.” On May 13, he met that goal.

“There wasn’t a dry eye in the church when he was escorted down the aisle in his dress blues,” Ferrell wrote. 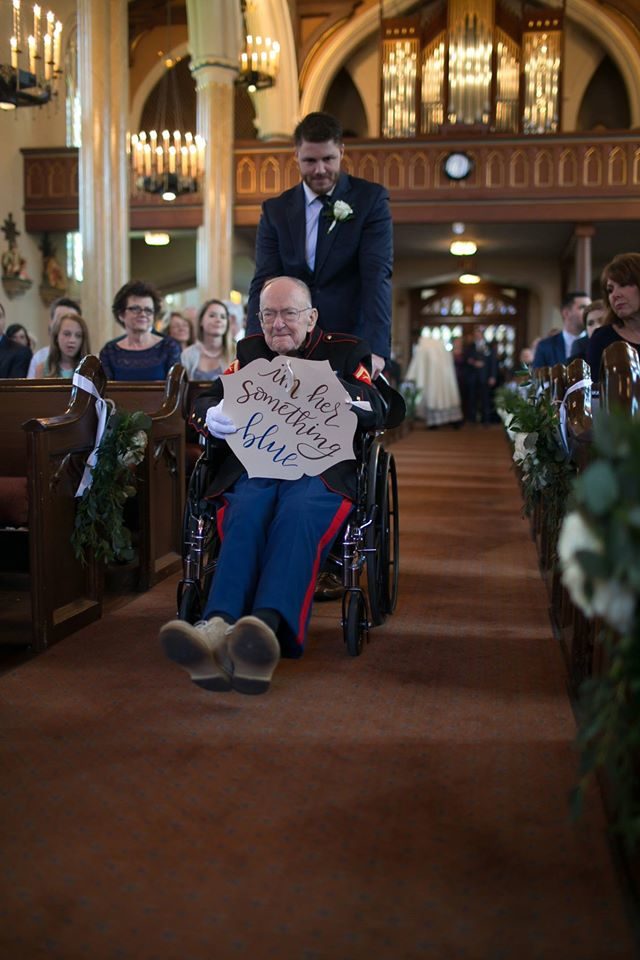 All you have to do is look at his happy face to see how much it meant to him. 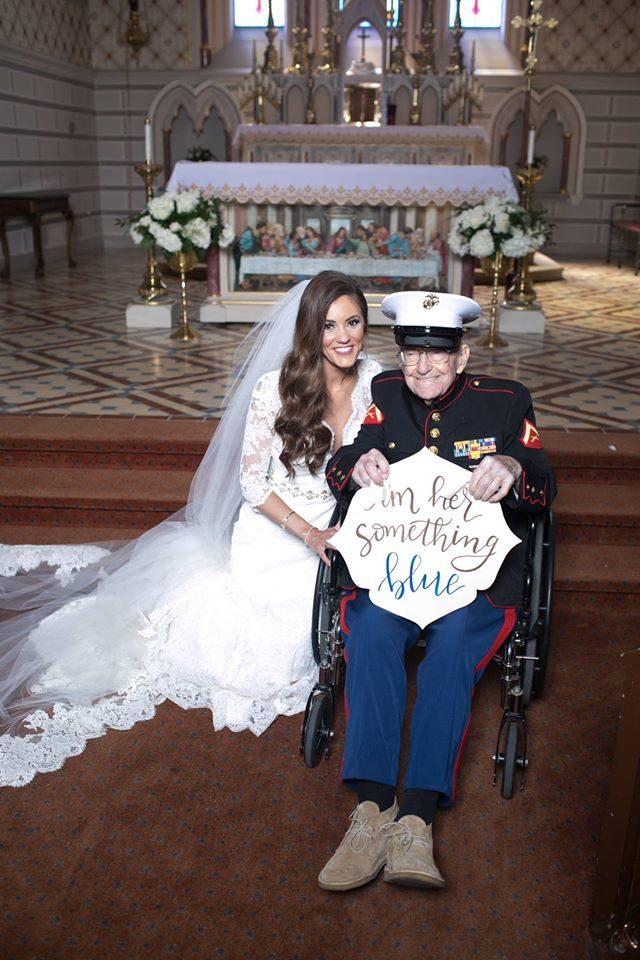 “It was such an honor to have him serve as my ‘Something Blue’ on my wedding day and a memory that will last a lifetime,” she said. 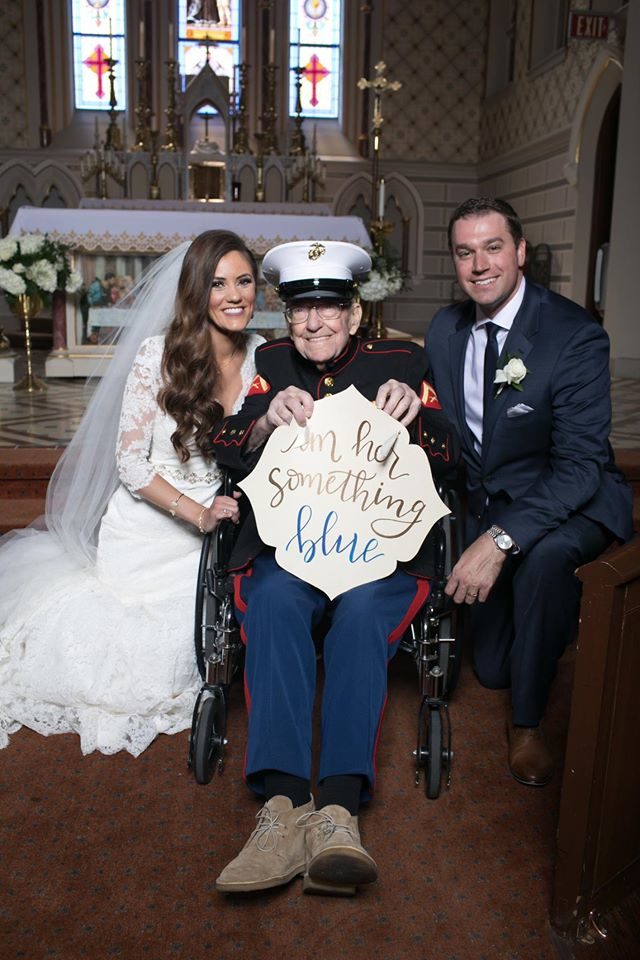 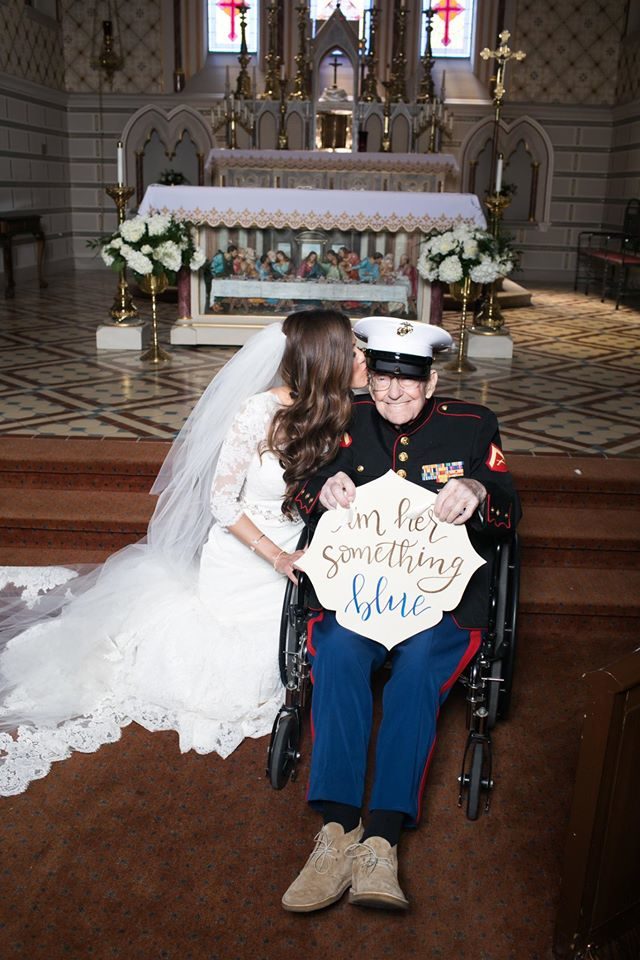 What an amazing accomplishment to be able to pull himself out of a hospital bed and make it to his niece’s special day. Be sure to share this story if it touched your heart.