While Most Little Kids Are Playing, This One Just Led Cops On A High-Speed Chase

At 10 years old, I was too busy reading books about cops and robbers to even think about getting a criminal record. This little boy…well…not so much.

A 10-year-old Cleveland boy has taken up residence in a juvenile detention center after stealing his parents car and leading the police on a high-speed chase for more than 20 miles. Hitting speeds of over 100mph, the young boy was followed down the Ohio Turnpike by both his mom and state troopers. Cleveland police say this was the second time in two weeks that the kid was caught taking his parents’ ride for a spin.

The boy was seen swerving between lanes on the highways and at one point took his joyride off the road. 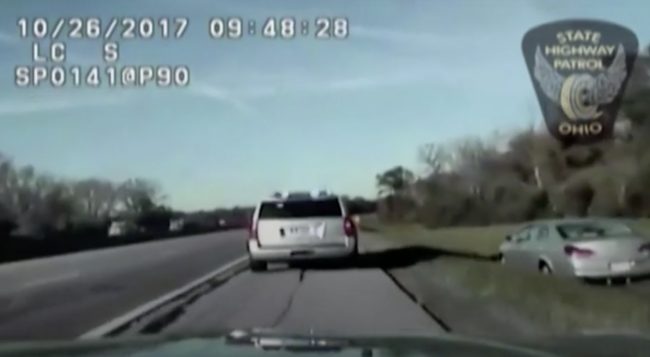 It was short-lived, though, since police managed to catch him.

A judge’s decision on whether or not to keep the child in juvenile detention is pending. Check out the bizarre footage below.

I would have never thought about taking my parents’ car without permission at 16, let alone 10.Children these days are wild!