Most of us spend Christmas relaxing and enjoying the company of our loved ones. The people who make up this animal rescue organization, on the other hand, spent their holiday season saving lives.

Hope For Paws in Los Angeles, California, is known for rescuing stray and injured animals, tirelessly working to give them a second chance at life. Rescues like the ones they pull off are hardly ever easy or convenient, but these kindhearted heroes still do it. That’s because they’re dedicated to helping homeless pets find forever homes and live the best lives they can, as demonstrated by the two heartwarming stories below.

Back in November, Hope For Paws volunteers received a call about Gershwin, a dog who’d been hanging around a gas station for two months. They realized pretty quickly that he was afraid of men, so Loreta Frankonyte jumped in and began coaxing the dog toward her with food. 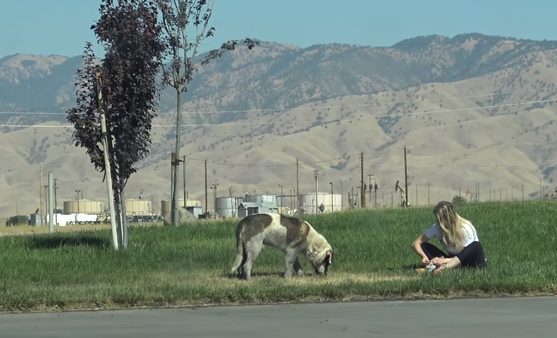 But he was wary of her as well, jerking back as she reached for him. That’s when she decided to take a risk on the big guy. 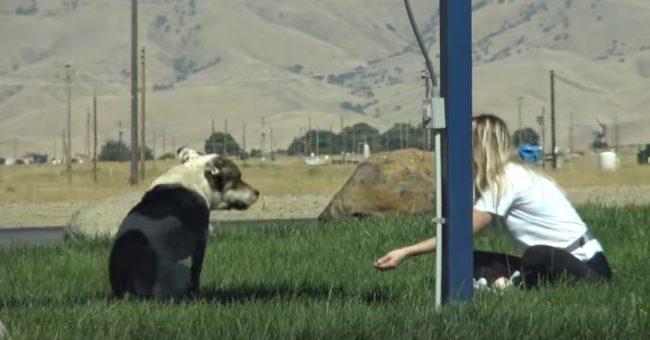 Ever so gently, she reached for him. When she finally nabbed him, though, the 110-pound dog dragged her like a rag doll. 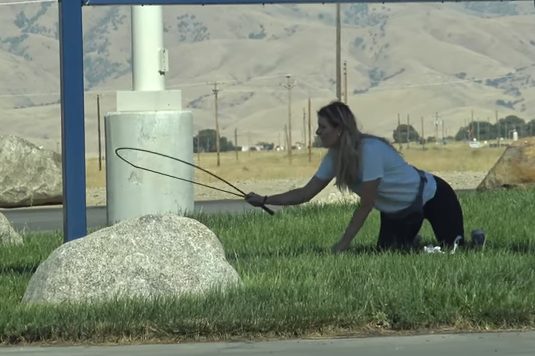 Watch Frankonyte’s brave move below, and prepare for your heart to swell when you see how much progress Gershwin’s made in trusting people!

Fast forward to a few days before Christmas, when the organization received another call about two dogs, a father and son, who were living on the streets. When volunteers arrived, it wasn’t too difficult for them to gain Speedy the puppy’s trust. 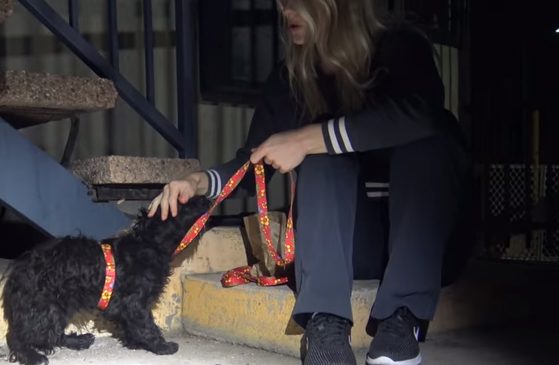 His dad, Sylvester, was another story. In fact, he was shaking in terror when they approached him. But he must have known they were trying to help, because he didn’t fight it when Frankonyte, who’d also joined in on this rescue, picked him up. 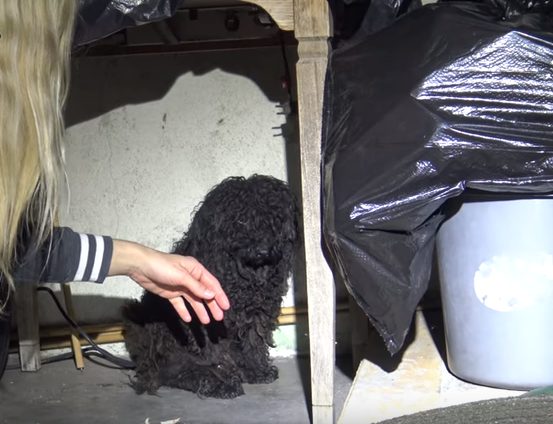 After being taken to an animal hospital, Sylvester received a much-needed shave. Both of these handsome boys got a nice bath as well. 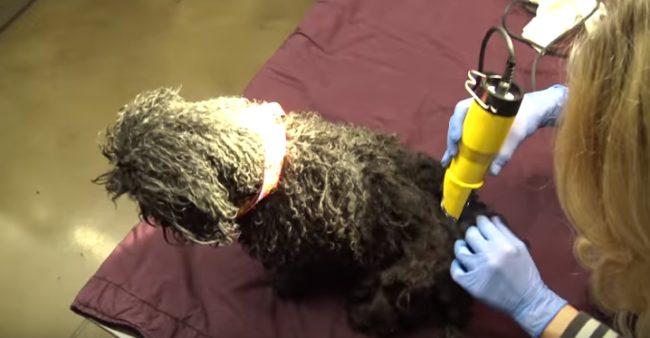 During that first encounter with the volunteers, Sylvester was terrified. But it’s hard to believe how happy he is when he sees people now!

On behalf of everyone whose cheeks are wet with tears right now, thank you, Hope For Paws, for all the amazing work you do. Here’s hoping all of these sweet dogs find their forever homes soon. If you want to learn more, visit their website and Facebook page. You can also help this organization save more lives by donating here.