Despite people being warned to never leave dogs inside hot cars, it happens every summer across the U.S., sometimes with tragic results.

On July 3, officers in Boynton Beach, Florida, were notified of such a potentially deadly situation when someone called 9-1-1 to report a pit bull who’d been left inside a car with all the windows rolled up. They later learned that the owner had apparently parked outside of a bank after seeing that the drive-through window was closed, then went inside for at least 10 to 15 minutes while the dog sat in the car.

They initially went to several different stores in the area to search for the woman, but when they failed to locate her, Sergeant John Dunlop used his baton to smash open one of the windows. 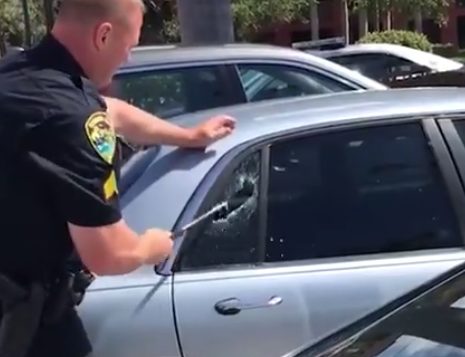 According to police, the temperature inside the vehicle was at least 110 degrees Fahrenheit. 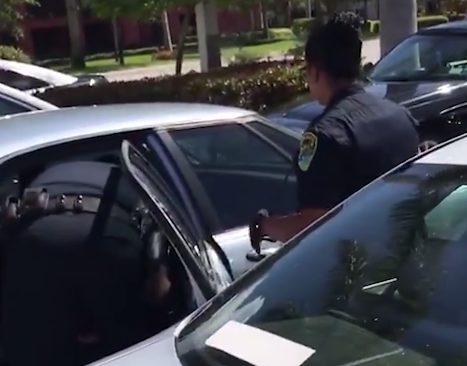 The pup turned out to be okay after they got him out, but he could have very easily suffered a terrible death without their help. 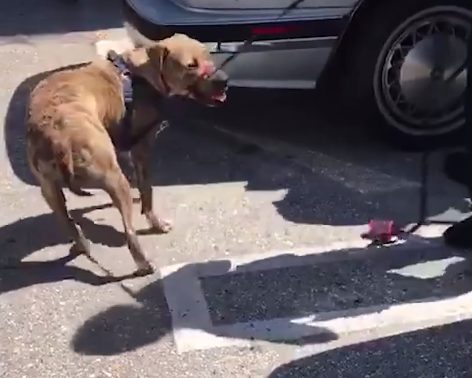 Now the Boynton Beach Police Department is warning the public that “it is never okay to leave your pet in an unattended vehicle. It is illegal and if you do it in the City of Boynton Beach, you are going to be cited for it at a minimum.” Watch these heroes rescue the poor dog below.

When the owner finally came back, Animal Cruelty Investigator Liz Roehrich cited her and made sure she was properly educated about the law. Share as a reminder to other pet parents to NEVER leave animals in hot cars, even if it’s only for a minute!