They Saw A Pup On The Roof And Freaked Out. Then They Read This Note.

If you saw a dog you believed to be in danger, your first reaction would likely be to either try and help the pup yourself or find the people it belongs to and alert them immediately.

While that’s definitely the responsible thing to do, one family is asking the opposite of anyone who happens to pass by their home in Austin, Texas. You see, their golden retriever named Huckleberry absolutely loves hanging out on the roof and watching people from way up high.

When people first began seeing Huckleberry on his roof, they were understandably concerned. 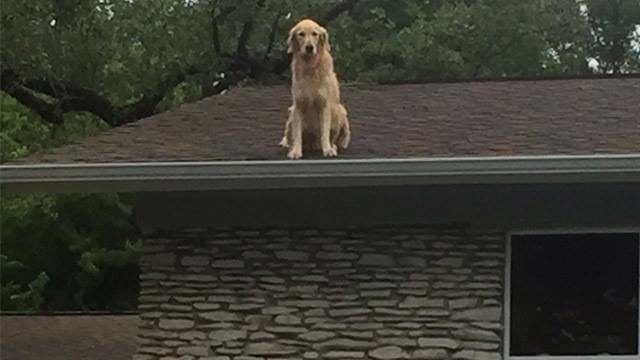 To someone who doesn’t live in his neighborhood, it looks like he’s stuck up there and could fall and injure himself at any moment. That’s why many passersby would knock on the door to let his family know what was going on. 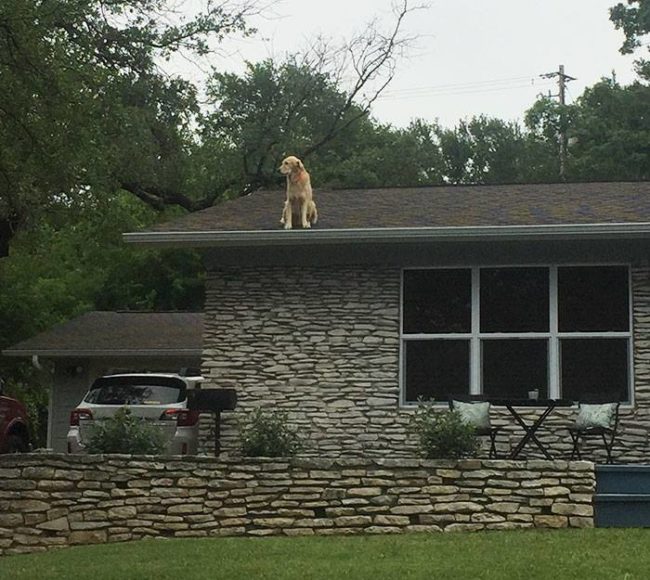 This happened so often that the family finally decided to leave a note on their door, explaining that Huckleberry is perfectly fine and that they’re well aware of what he’s doing.

“Huckleberry is living up to his name and learned how to jump onto our roof from the backyard. We never leave him in the backyard without someone being at home. He will not jump off unless you entice him with food or a ball,” it reads. “We appreciate your concern but please do not knock on our door. We know he’s up there! But please feel free to take pictures of him and share with the world!” 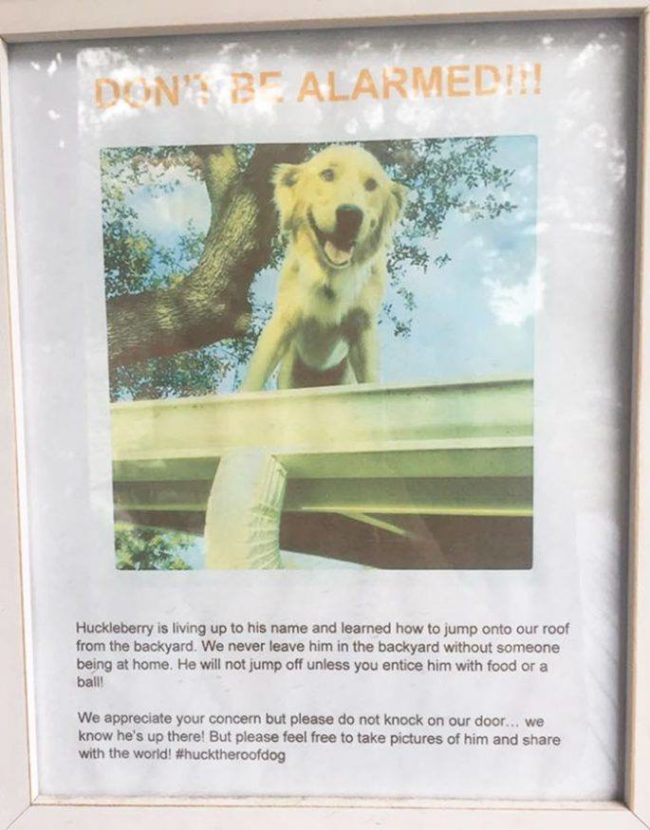 Now he’s become somewhat of a celebrity in Austin and on the internet. Just search #hucktheroofdog and you’ll find plenty of photos of this cutie enjoying that roof life.

Oh, and in case you were wondering, here’s how the sneaky pup gets onto the roof. It doesn’t seem so scary from this angle, right?

And this is how it happens, friends #hucktheroofdog

Read More: He Approached A Stray Dog On The Street. What He Did Next Will Warm Your Heart!

If you’d like to see more photos of Huckleberry and keep up with what he’s doing, check him out on Instagram, and be sure to share this with others so they can be blessed with his funny rooftop antics, too!