As man’s best friend, dogs have a way of letting their owners know exactly what’s on their mind.

If a dog is cramped up inside and needs to go out to handle their business, they’ll often whimper and bark as they pace around the house. But when it comes to this adorable German Shepherd and her food, she doesn’t mess around. Subtlety is just something for which she has no time.

Despite having just eaten only a few short hours ago, this doggo has an appetite that simply can’t be satiated. But when staring longingly at her food dish doesn’t clue Dad in to her hunger pains, she pulls out all the stops.

This hangry pup tries to get Dad’s attention by clanging her empty food dish against the floor. 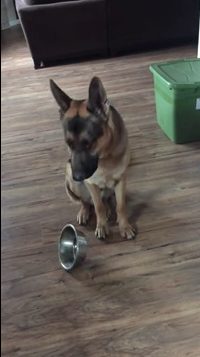 When that doesn’t work she tries giving him the stare down. 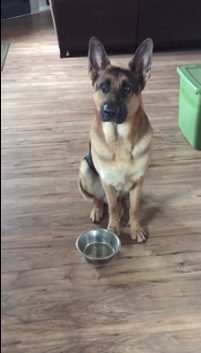 And when that doesn’t do the trick, our famished pup heads toward the pantry and points to her meal of choice. 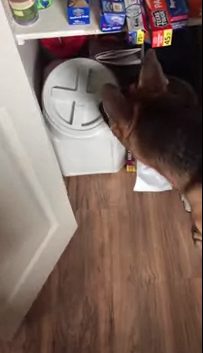 I think I’m going to start doing this. I live for the drama.