Texans are still dealing with the aftermath and devastation of Hurricane Harvey.

For many, that means damaged and even completely destroyed houses. One man in Houston lost much of the ceiling in his home. While bad weather is probably one of his biggest worries right now, he recently learned that the damaged ceiling has also opened his home to another problem — unwelcome furry invaders.

The man was on his way to falling asleep when he heard a commotion in the next room. The culprit was a possum that had likely fallen through his ceiling. 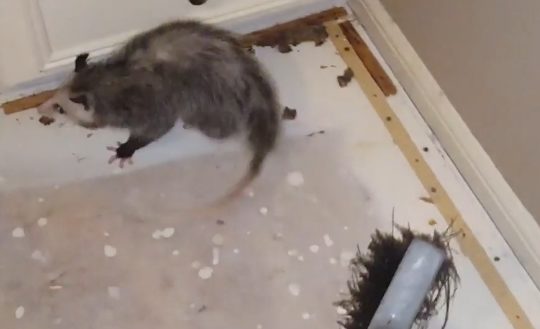 Armed with a broom and a cat carrier, he did his best to capture the critter so he could release it outside. 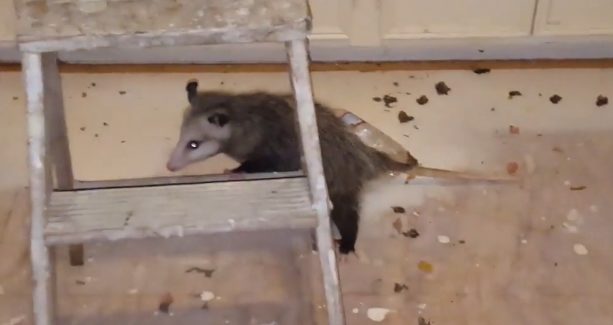 He finally managed to corner the possum, but it preferred going behind the carrier rather than inside it. 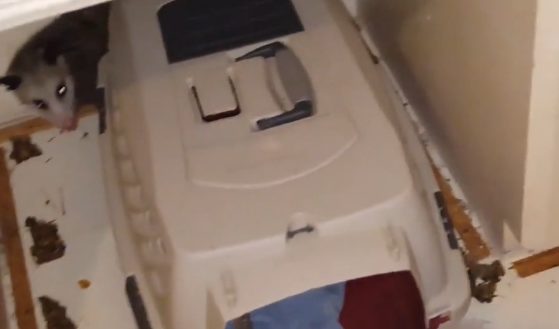 In the end, he caught it, but not without some serious effort (and major frustration) first! 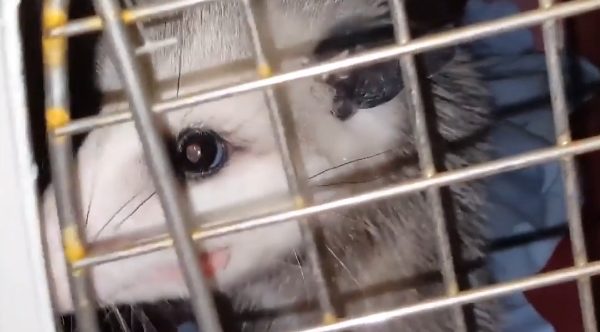 Watch as the foul-mouthed man does his best to rid his home of the offending creature.

Even though this guy clearly wasn’t a fan of the possum, he deserves credit for safely removing the animal without harming it.The poor thing probably wanted to get out even more than he wanted it to!