He Thought He’d Scam Her For Insurance Money, But Her Dash Cam Tells The True Story

There’s no shortage of con artists looking to swindle innocent people out of their money, even going as far as pretending to be hit by a car to make an insurance claim.

That’s why devices that can provide video evidence of such scams are so necessary in today’s day and age. One U.K. woman found her car’s dash cam particularly helpful while on the road back in July 2017. Two scammers had picked her as their next victim, but little did they know she had footage of the entire incident to back her up.

As the woman was driving one day, she saw a manrunning into the street with his scooter in front of her. 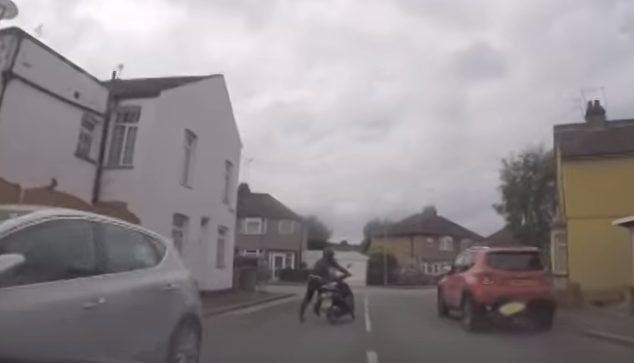 But when she got closer, he didn’t mount the scooter; rather, he started running backward with it until it hit the front of her car. 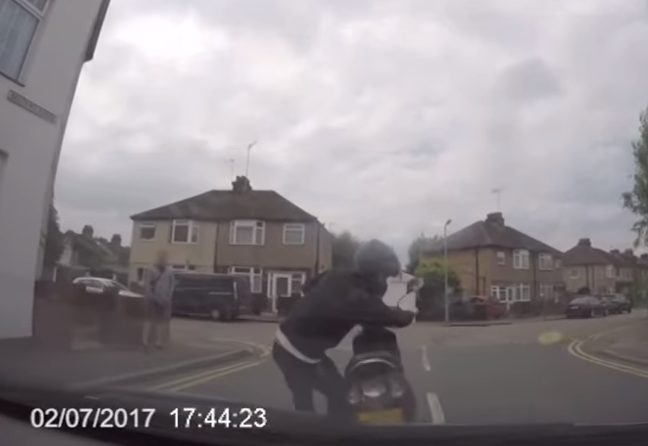 That’s when he dropped it and flung himself back onto the hood of her car, rolling off onto the ground for dramatic effect. 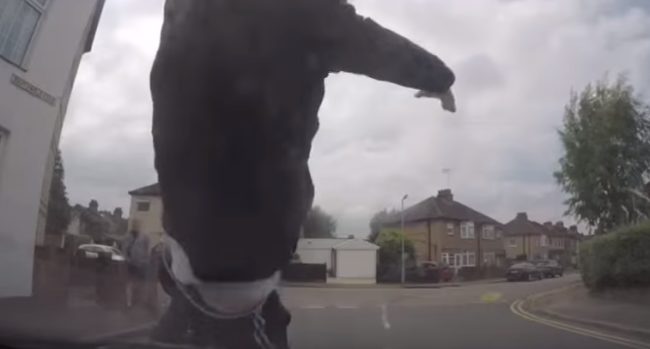 The other scammer walked up, playing the role of witness, but both ran off as soon as she let them know she’d gotten everything on camera. Watch the entire encounter below.

There’s no word on whether the two were ever arrested, but here’s hoping they were. They both deserve jail time for what they tried to pull off.